Green Man Gaming is a global technology company at the heart of the video games industry.

Greenmangaming.com is an eCommerce store and community platform offering millions of gamers a single destination for all things gaming. With customers in 195 countries, the store stocks a wide catalogue of multi-platform digital games at the best prices and provides the latest game data tracking, reviews and discussions on its community.

Green Man Gaming Publishing works with independent development studios globally to market their own games and increase the visibility of games in a challenging marketplace. The industry expertise and knowledge of the publishing team provide developers with hands on and collaborative support that includes in-depth market analysis, integrated Marketing and PR campaigns, finishing finance options and global retail strategy.

Leveraging its patented technology, Green Man Gaming also partners with game publishers and leading hardware manufacturers to support their marketing initiatives. Announced at CES 2017, Green Man Gaming’s digital storefront is currently being made available on millions of Lenovo laptops worldwide through the Lenovo Entertainment Hub. Green Man Gaming has also partnered with Intel to build and manage their software distribution hub which offers digital games to hundreds of hardware partners as part of the Intel® Technology Provider Gold and Platinum Partners Program.

Green Man Gaming has been recognised by leading bodies in the video gaming, business and technology sectors with over 30 awards received since it was launched in 2010. The company was featured in London Stock Exchange Group’s 1,000 Companies to Inspire 2017 list and ranked in The Sunday Times 2016 Tech Track 100 celebrating the UK’s fastest growing companies. It was also one of 25 companies named as part of Tech City UK’s first Future Fifty programme, recognising and supporting fast growth digital technology businesses in the UK. 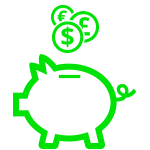 saved by
our customers
in the last year. 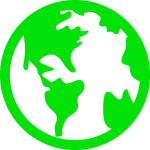 countries - it is where
all our customers shop
with us worldwide.