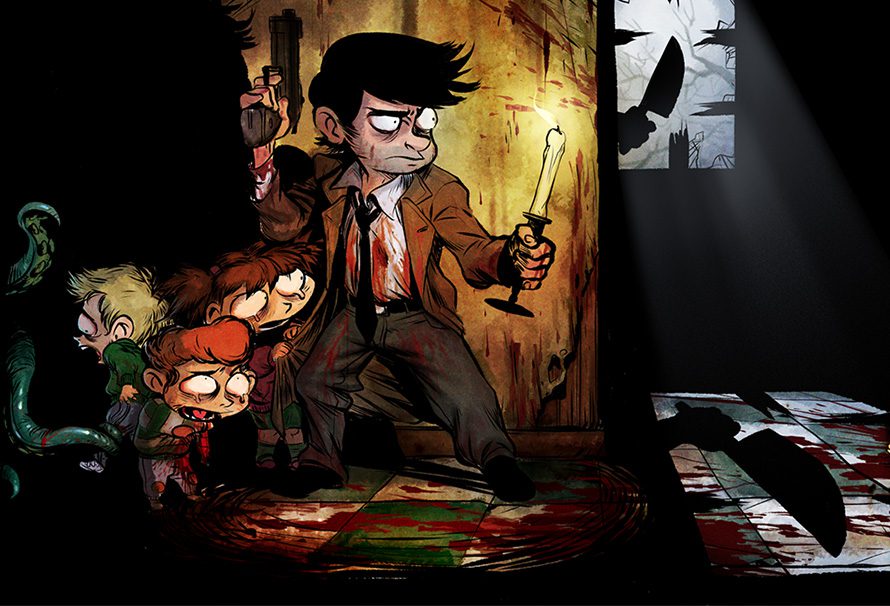 Our 2Dark competition draws to a close! We received some excellent and terrifying entries, and choosing the winners has been a nightmare task.

But choose we did! First here’s our two runners up:

The antiques shop door rattles closed behind you. The bell above it makes a half-heart jingle and falls quickly silent. There is no one to be seen. Wafting from the back comes the scent of decaying incense and soured meat.
You shoulder your way through piles of castoffs and detritus from the lives of people long dead. Homeless trinkets and baubles try to place themselves in your hands and pockets. The despair is palpable.
You step through the threshold into the back room. The air is think with fetid smoke. An old woman with milky, unfocused eyes looks up at you.
“At last, you’ve come. Destroyer. Poisoner. Thief of life. To butcher and unmake what is before you. Come then. Have your slaughter. Take what is yours. I won’t interfere.”
“Lady,” you begin, “I don’t know what you’re smoking but I’m just here to ask you—“
Her eyes, lingering at a point in space behind you suddenly snap to clear focus on your face.”
“Be silent, fool” she hisses, “I wasn’t talking to you.”
Behind you, something steps out of the darkness.

Spooky congratulations to them! They will both receive a key for 2Dark!

Now onto the BIG prize, the physical collector’s edition of 2Dark!

The prize goes to…

The Cat Lady by Carolyn L.

Some called her crazy
Others called her poor
“There goes The Cat Lady!” they’d shout
Begging from door to door

In a way they’re together forever now
I can only imagine what she had to endure
But some people say they can still hear at night
Someone muttering in the dark, “Mi amore”

They’ll receive a physical collector’s edition of 2Dark! We’ll be in touch shortly with the winners, so keep checking your emails!

Thanks to all those who entered and sorry to those who didn’t win, but best of luck if you enter our future competitions!