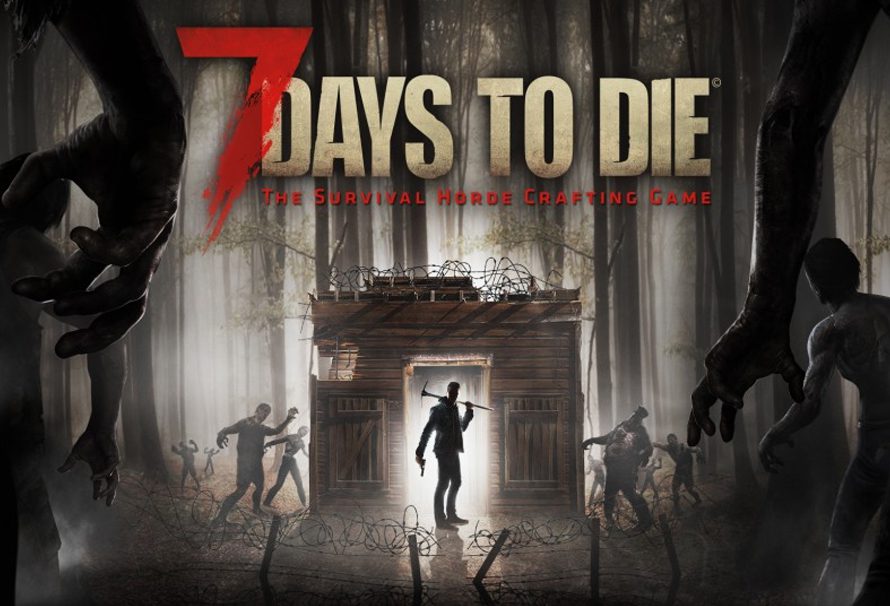 Back in may we listed what players may expect from the highly anticipated Alpha 16 update for 7 Days To Die. There has now been an official update on the 7 days to die blog from developers, The Fun Pimps on what we can expect from this update.

We have listed the full Alpha 16 release notes below. However if you just want the most notable changes here is a quick TL;DR version.

Confirmed by the developers as the most ambitious update the the game yet, this is the biggest content drop they have ever done for the game so I will do my best to give you the highlights, or alternatively scroll down and check out the full update straight from the The Fun Pimps mouth.

Here’s the full Alpha 16 Update taken from the 7 days to die blog, should you want to dive deeper into what the update hast to offer.

Distant Location Rendering System
We’ve added a new distant location rendering system which renders low-polygon versions of locations in Navezgane and Random Gen worlds over a kilometer away. The system creates models of locations above a certain mass and height.

New Locations
We’ve have embellished many old locations with new loot and some custom painting. Too many to mention. We’ve also unlocked a new city in the south east Navezgane desert we call Departure. It’s the largest city so far. We have added over 30 new locations to the game including:

New Enemy Spawning and Gamestages
Sleeper Spawning – We’ve gutted the old static spawn system and added a new sleeper spawning system that embeds trigger volumes into locations which are set up by designers.

Game Stage Improvements
We’ve made many changes to make the challenge the advanced players including:

Electricity
We’ve added a complete functional electricity system with a wiring tool, power sources, lights, switches, triggers, traps and more. These items are gated by perks, loot found and trader only items you can buy. They include:

Other World Generation and Biome Changes
Biomes have undergone some changes, too.

New Enemies
We’ve added some new zombies and some boss variants to improve game stage challenge. Here they are:

Reworked Enemies
In Alpha 15 we experimented with UMA procedural zombies but they ended up not looking as good as traditionally modeled zombies, and they did not perform as well either so we decided to replace the new UMA zombies with traditionally designed ones. We’ve also redone collision and ragdoll on all enemies for better combat and more believable deaths. The following have been remodeled and redesigned by hand from scratch resulting in scarier hordes and better performance.

Animals
Along with adding new animals and reworking some of the old ones we have added a new fur system. All furry animals now utilize our new fur system which renders a furry coat of realistic looking fur on top of the texture. Here are the new or improved additions:

Painting
Use a paint brush and paint to give your base a custom look. Focus on any paintable block and use the secondary action to paint a surface and the primary action to erase the paint from a surface. Hold the reload key to see additional painting features and change the desired paint color. Unlock additional paint groups by finding and reading painting books. Many new textures have been added to use for painting.

There are many Radial paint options some of which are only available in cheat or creative mode. Radial Options include:

Experience, Progression and Skill Changes
Many improvements and changes have gone into the skill system for Alpha 16, including:

Full Gamepad/Controller Support
We’ve added full gamepad/controller support and tested for Xbox One, PS4 and Steam controllers. The controls are not definable but are the same as the console version defaults. They even have custom button icon prompts that display when using a controller. Note that on-screen keyboard for text fields will only be available when the game is started from Steam’s Big Picture Mode.

This also includes updated windows as well as keyboard hotkeys for actions on items.

New Items (Lootable/Harvestable/For Sale)
We have added new items you can get by looting, harvesting or purchase from traders.

New Creative Block Shapes
We have added new block shapes for the creative builders to use and improved the placement mechanics. Here are a few of the many highlights.

Block Rotation and UV Improvements
In order to add painting and fix a lot of bad UVS we’ve unified block and model rotations.

Minibike Improvements
Minibikes now show an icon on the map and compass for the person who placed the chassis or attached the lock to it to avoid losing them in the wild.