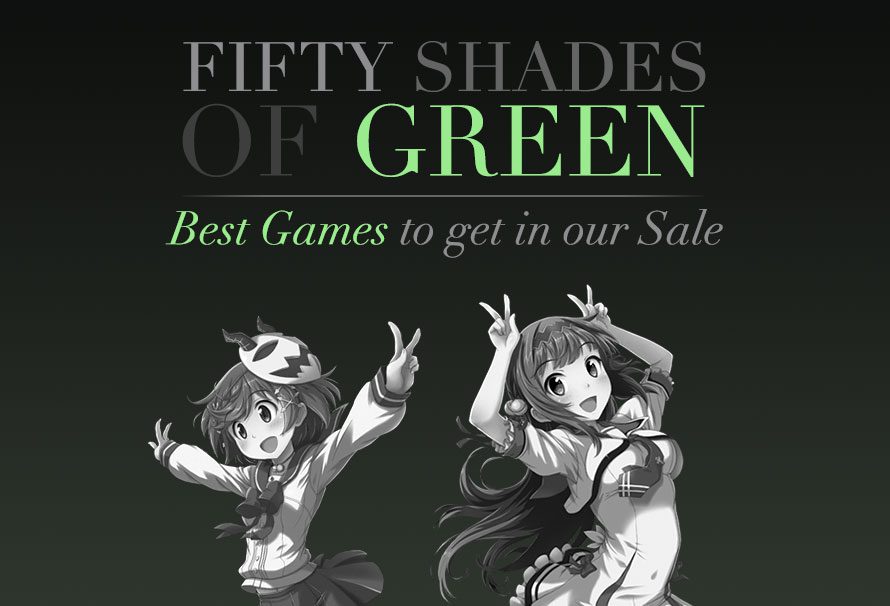 Valentines Day is once again upon us and what better excuse to have a Green Man Gaming Sale!! Appropriately named ’50 Shades Of Green’ you can pick up some pretty epic discounts, here are some of the best games you can get right now.

Believe it or not bread dreams, and when it dreams it dreams BIG! In I am Bread, players control a slice of bread as it embarks on its journey to the toaster. Players have to navigate across tables, cupboards and work surfaces in order to reach the toaster. Avoid the floor though, as no one like dirty toast.

If being a slice of bread isn’t your bag then how about being a mighty lynx instead? In Shelter 2 your objective is to keep your family alive in the harsh cold tundra, it’s stylistic graphics make for a game that is both fun and great to look at.

Hunie Pop amalgamates dating sim, puzzle game and RPG into one. The game follows the story of a boy trying to pick up women under the instructions of the love fairy Kyu.

The Escapists The Walking Dead Deluxe Edition – 66% Off

The Escapists The Walking Dead is what happens when you merge an awesome TV series with an equally awesome video game. You play as Rick Grimes as he battles the zombie hordes in order to survive. You are also in charge of a band of survivors and it is up to you to make sure they get out alive.

The 3rd instalment in the epic World War II RTS series is a great game for those who do appreciate a strategy game. Currently in Early Access this game is being built with the community in mind. With over 60 historical tactical operations recreated, this is a must get for any strategy fan.

Players jump into the shoes of Houdai who is shot by Ekoro the cupid Angel. Once shot Houdai is now completely irresistible to women and has to stop at nothing to avoid every love letter, shout of adulation, and advancing kisses.

All by himself. A boy is drawn to the centre of a dark project. Embark on this dark quest and find the answers you need. This is a creep 2.5D side scrolling puzzle game that would have any gamer gripped from the very start.

Much like INSIDE, Limbo follows the story of a nameless boy trying to survive in a harsh and creepy world. The game uses black& white and film grain effect to give the overall feel of the game a macabre and creepy overtone.

Grand Theft Auto The Trilogy – 55% Off

Take a trip down memory lane with this pack of three classic Grand Theft Auto games. Revisit Liberty City, Vice City and San Andreas as they were back in the PlayStation 2 era. And with a discount as good as this, it’s a steal.

So there you have it. You can check out the full sale here.