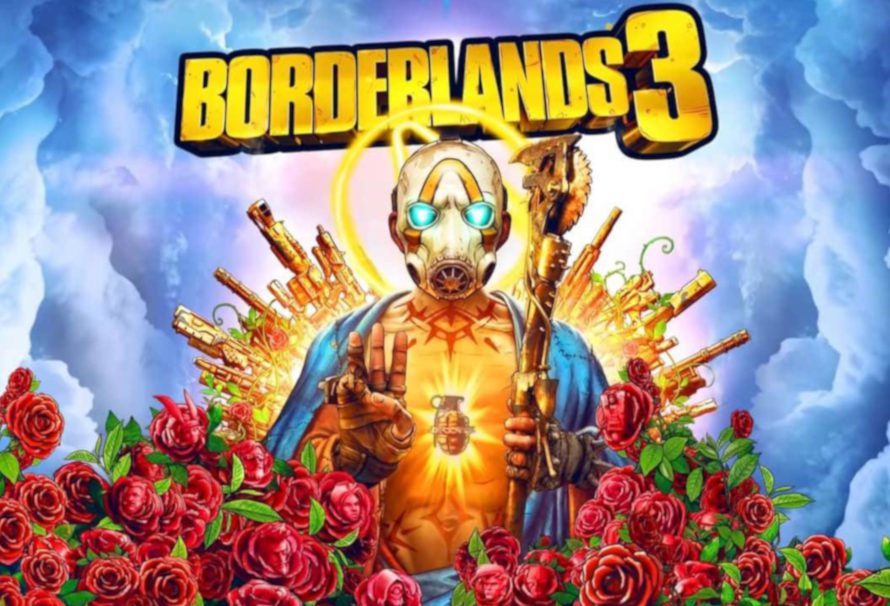 It was an exciting week when the first teaser of Borderlands 3 hit and the news came in thick and fast as Gearbox Software prepare to launch the 4th instalment (Do we count the telltale games?) in their crazy shoot and loot franchise that so many gamers have come to love. We’ve pulled together the best bits from our coverage so far for you to get a taste of how it all unfolded. Excerpts from coverage by Jordan Oloman.

28/03/2019Gearbox dropped the first official teaser trailer for their next Borderlands project, which we can only assume is Borderlands 3.
The trailer has been stripped of all colour and flashes between characters new and old. Mordecai makes an appearance as does Brick, as well as a whole host of new faces and of course, the series trademark carnage.
Even Rhys from Telltale’s Tales From The Borderlands gets a look in. It looks like a celebration of everything Borderlands, which could point to every character appearing in the sequel or potential remasters on the horizon, perhaps in a new engine?

The crafty beggars even hid a SHIFT code in the trailer, which unlocks Salvador’s Community Day skin in 2012’s Borderlands 2. Now that’s commitment.

29/03/2019After an eventful livestream at Pax East yesterday, which involved lots of Randy Pitchford and magic tricks, we finally got our first look at Borderlands 3.

The verbose, chaotic trailer is almost exactly what you would come to expect from this zany series, down to the unpredictable arsenal (guns with legs?)

A suite of characters from previous games are returning, from Tales From The Borderlands’ Rhys (who now boasts a moustache) to Tiny Tina, who is all grown up.

Whatever your Borderlands disposition is, the sequel looks like more of the same with a nice coat of polish. Some of the screenshots were evocative of the fidelity of a game like Destiny, which would be a good game to compare it to, what with the advent of the ‘looter shooter’ in recent years.

Borderlands is technically the grandfather of these games, so it’ll be interesting to see how it iterates on the formula with its own modern take on the genre.

Outside of Borderlands 3, we also received word that a remaster of the original Borderlands was just around the corner. Borderlands: Game of the Year Edition will launch on PlayStation 4, Xbox One and PC on April 3, and include all DLC. Beyond graphical improvements, the game will feature an updated minimap and new cosmetics.

03/04/2019 The game will launch on September 13th this year for PC, PlayStation 4 and Xbox One. In regards to store exclusivity,  Borderlands 3 will be exclusive to the Epic Games Store until April 2020.

Gearbox are hosting a gameplay reveal event on May 1 that will dive deeper into the new worlds you’re going to be exploring with your vault hunting pals. For now, we know that the new protagonists are named Moze, FL4K, Amara and Zane, who have to fight the evil Calypso Twins, who seem to be involved in some sort of Siren power tomfoolery.

Outside of the above, it looks like the game will introduce vehicles into the formula and of course, let you loot over a billion guns, because why not? According to the press release, there will also be a level sync system that makes co-operative play easy despite varying levels of progress.

Of course, there are also three editions of the game, each with their own relevant digital content exclusives. The base game is barebones, but the Deluxe Edition will offer players a retro cosmetic pack, a set of toy guns and some XP & Loot boosts.

The Super Deluxe Edition goes even further, packaging in the game’s season pass, which will feature four packs of content, much like the original. You also get the Butt Stallion weapon, which fans of Borderlands 2 will enjoy.
If the loot hunt has well and truly driven you mad, you can also pick up the Diamond Loot Chest Collector’s Edition, which will feature a replica chest, 10 figurines, models, keychains, a cloth map, lithographs, and a steel book case. Of course, everything prior is packaged in here too, making it a bumper package.

Thats all we know for now, we’ll be updating this post as more details pour in so be sure to check back.