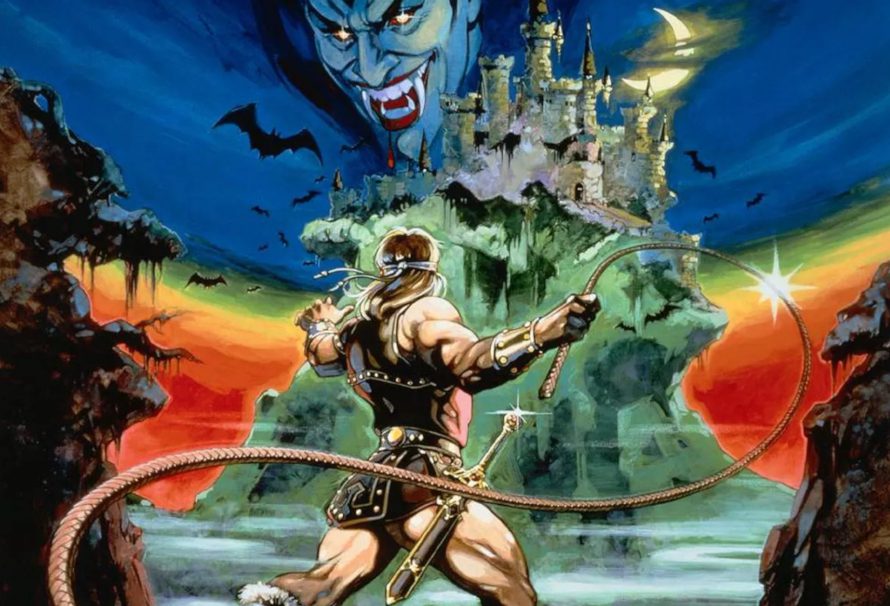 Konami is celebrating its 50th anniversary with a collection of anniversary editions for some of their popular franchises. Today we take a look at the Castlevania Anniversary Collection.

If you’ve played any indie games in the last two years, then you’ll have inevitably come across the term ‘Metroidvania’. It is one of those words that means a lot to those who understand it and nothing to those who don’t. Well, the vania part comes from much-beloved series Castlevania, which is about to get a new surge of interest thanks to the Castlevania Anniversary Collection.

The Castlevania games predominately follow a clan of vampire hunters called the Belmonts. They whip their way through hordes of monsters in order to keep old Dracula from eating everyone. As you go through the castle you uncover dark secrets, fight huge bosses, and die a lot. Nearly everyone who gamed in the NES or SNES era will have fond memories of the series because they are so damn good. Also, hard, so hard.

The games in this collection are, for the most part, absolute classics that have all been an integral part of how game design has come on. The aesthetic, the monsters, and the style of games are as legendary as Dracula himself. So, if you aren’t familiar with the games, then this is a great chance to see the origins of a glorious series that is now sadly absent. Well, aside from the excellent series on Netflix.

Fans of the series will be delighted to have so many of these games in one place. While it lacks some of the other great titles in the series, like Order of Ecclesia, for example, it still packs some quality games in. It could well be that this particular collection is testing the waters for future collections, we can but hope.

The mix of games in this one is very much rooted in the mid-80s to the early-90s range, so you get to experience the joys of Game Boy and Genesis graphics. This will be a nice rush of nostalgia for old people, which is good because our joints hurt so much that sleeping in a coffin doesn’t even sound that bad.

The collection even includes the original Kid Dracula, a game which was only released in Japan. These companies sure do know how to get collectors blood flowing. Given that Konami is a little odd when it comes to games at the moment, it could be that there is a lot at stake here. Given that the games don’t suck though it should be a lot of fun. This entire paragraph reeks of puns like some kind of weird garlic grenade. No more puns, I promise.

In the event this collection does pique your interest, then it is a good time to remember that you can use this as a warmup for the rather beautiful looking Bloodstained: Ritual of the Night, which is coming next month. It seems it is a very good time to be a fan of hunting down monsters and ancient evils. To be fair, when isn’t it?