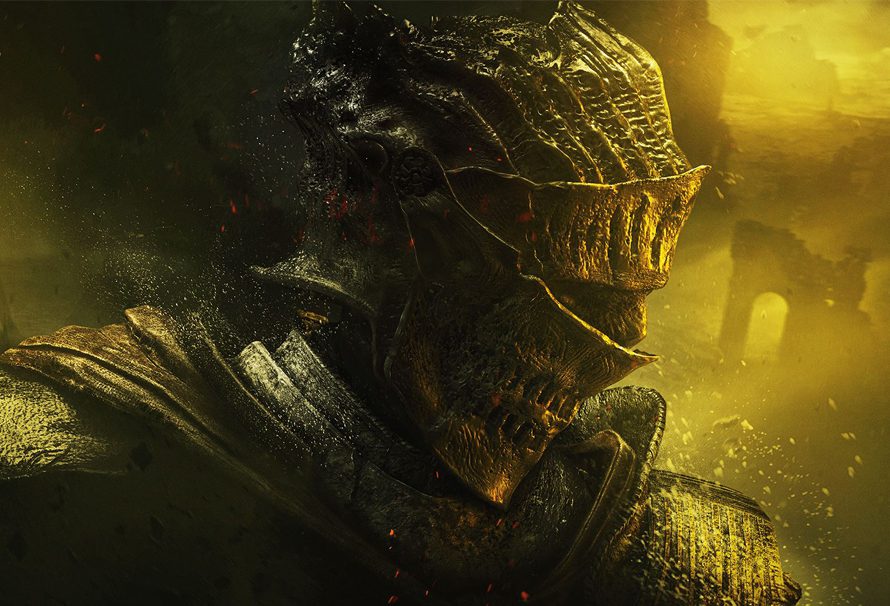 This contains spoilers for Dark Souls 1-3

Recently I decided to return to the original Dark Souls after not playing it since Dark Souls 2 was released. I’ve always had fond memories of the game and considered it one of my favourites despite not having the time to play through it recently.

My initial reactions upon returning were 3 negative things I noticed almost straight away. First was the graphics, they have not aged well. Now I don’t expect the first game in the series released in 2011 to compare to DS3 that was released in 2016 but even playing on my laptop when I run DS3 on low settings for a higher frame rate and the original on high there is a significant difference in quality which surprised me. However, is my own expectations falling short rather than the game though as I always looked back at it fondly. Whenever I go back to an old game from years ago that I played when it first came out I always think the graphics are much better than they actually were, it’s just a bad habit.

Next was the controls, for my first hour or so playing they seemed closer to resident evil tank controls than the Dark Souls combat I remember. I always thought that the combat between the games was similar, sure we have weapon arts in DS3 but other than that not too much had changed. There has been though from simple things like not being able to use a weapon effectively in the left hand or how slow and clumsy the bows feel. But the biggest thing was just how sluggish the player moved as a whole, even with an equipment load of under 40% it just seemed sluggish and really made me appreciate how far it has actually come in the later games even if I didn’t realise it.

The last thing I noticed was the inventory, it just seems so cumbersome and unintuitive compared to the later games. Maybe I’m just used to it being streamlined now but it did take some time to getting used to and only having the ability to wear to rings at a time was annoying.

With these issues out if the way I pressed on and quickly realised its still a great game, sure there are issues like questionable hit detection at times and the later levels aren’t as great as the earlier ones but still good, even with that though in terms of world design and the enemies you encounter it’s still a fantastic play through. For anyone that hasn’t played the original them I highly recommend you go back and try it and persevere if you see the same issues as I did as its well worth it.

With no fast travel until later in the game and even then, it’s only between selected bonfires it really makes you appreciate the world they have designed and how it’s all connected to each other. One feeling I had with the later dark souls especially 3 is that it felt very linear to me you just worked you say through it and there wasn’t a great incentive to revisit areas as much but in the original, you have to and that makes every shortcut you unlock feel significant and earned.

Taking the master key as your starting gift also really opens up your choice of progress route as well. Yes, some areas are blocked off but you have a good selection of areas to start with and the only limit is your skill at the game. Want to take the Valley of Drakes for a shortcut to Blighttown you can, or use it to get to the Undead Parish for a shortcut to the first bell? You can if you can get past the enemies in your way or go through the Catacombs to fight Pinwheel, for the right of kindling for the extra Estus that’s an option as well. DS2 gave you some choice in your path but I felt 3 was much too linear.

The bosses as well are are a high point in the game, yes the less said about the Bed of Chaos, the better. You have to fight the Asylum Demon basically 3 times but some of the other bosses are the best in the series in my opinion. Ornstein and Smough are so good, I’m sure people that have never played the game are aware of them. Additionally, Artorias is just a fantastic boss he is such a challenging and fun boss fight. He can kill you in an instant but doesn’t feel cheap as you can always tell where you made your mistake and learn from them, in Dark Souls 2 the only boss that gave me that sense of achievement when I finally beat them was the Fume Knight. While some bosses in DS2 were great,I feel that they didn’t quite match the quality of the bosses in the first game

While some bosses in DS2 were great, I feel that they didn’t quite match the quality of the bosses in the first game. As for DS3, the only bosses I thought were great were Abyss Watchers,  The Nameless King and Pontiff Sulyvahn. But even then Abyss Watchers were not that difficult it was just an enjoyable fight with good music and reminded me of the Maria boss fight from Bloodborne and the Nameless King was spoiled somewhat by the poor camera in the first phase.

Overall I just feel that even today with its flaws by modern standards and improvements made by the sequels. that this is such a great game that I would hope that anyone that hasn’t played through it already or even if you have but not for a while that you give it a try and looks past its faults and appreciate that even now it’s still fantastic with parts of it that I believe are superior to the sequels.