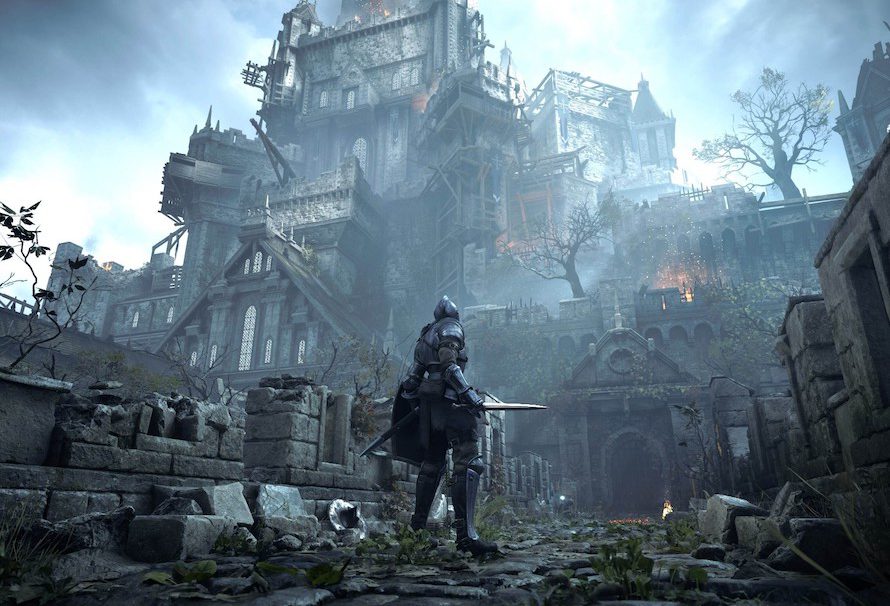 So here’s the thing – Demon’s Souls was the very first title that kicked off the whole Souls subgenre in the first place. Not only triggering the successive Dark Souls franchise, but also tipping everyone else off that making punishing, third-person action RPGs was indeed the thing to do. Fast forward some eleven years later and Demon’s Souls has re-emerged as a remake for Sony’s latest lump of super shiny console silicon, though not before no less than three Dark Soul titles released in the interim years.

So which is better – Demon’s Souls or Dark Souls? Well, like most things in life, the answer isn’t quite so straightforward.

Demon’s Souls Vs Dark Souls – Which One Should You Start With?

One of the best game design decisions developer FromSoftware made with the Dark Souls games was to forge one massive, interconnected world that would snake around into widely different realms before intersecting back with itself at key points. It was and still remains an impressive feat of level design, but for newcomers it could make traversal and orientation around the various lands somewhat overwhelming.

In Demon’s Souls, the Japanese developer instead started with a much more straightforward design baseline. Starting players off in the Nexus hub area once the introductory act had been seen through, Demon’s Souls allows players to dip in and out of five very different realms simply by interacting with an Archstone that resembled the realm that you wanted to go to. In practice, this makes Demon’s Souls much more digestible and approachable for newcomers than Dark Souls.

Demon’s Souls Vs Dark Souls – Which Game Has The Best Enemies And Bosses?

Bolstered by the experience of making Demon’s Souls and the fertile imaginations that cut their teeth on that game, it’s fair to say that Dark Souls has the better murderer’s row of enemies and bosses to tangle with. From the terrifying Capra Demon to the ingenious boss duo of Smough & Ornstein in which depending on the order in which you kill them, can alter the fight completely, Dark Souls certainly wins out here.

Demon’s Souls Vs Dark Souls – Which Game Has The Best Game World And Visuals?

This is not really a fair category in some ways, because Demon’s Souls has just had an absolutely jaw-dropping remake that absolutely puts it up there as one of the best looking games of the year. However, peer behind its substantial technical merits and you’ll find that the unique designs of each of its worlds are what really impresses. From the fallen kingdom aesthetic of the Boletarian Palace to the dusty desert caverns of Stonefang Tunnel and the grim filth of the Valley of Defilement (which would arguably go on to inspire the creation of Dark Souls memorable Blighttown area), Demon’s Souls does indeed score the point here.

Demon’s Souls Or Dark Souls – Which Is Better Overall?

If I’m going to put my money where my mouth is (all 10p of it), I have to say that Demon’s Souls, when compared against the first Dark Souls, comes out on top. The combination of a shiny new remake coupled with ageless level design and a much more approachable game structure, simply makes the Bluepoint Games developed effort an irresistible proposition and proves the old maxim that what was once old can be new again. The thing is, Dark Souls is also great. So that play too. But, y’know, after.