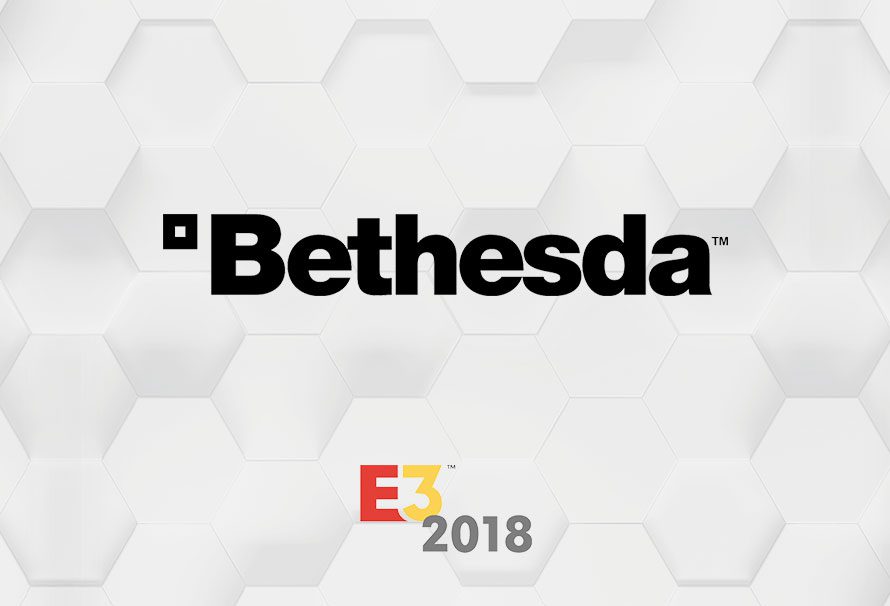 We already know a little about Fallout 76, but what else is Bethesda hiding? Find out with us tonight at E3 2018 and check below for all the updates, trailers, and more.

You can follow our E3 2018 coverage here, and you can add games to your wishlists here as we’ll be adding games live. So check back often, as there’ll be more games than you can shake a gaming stick at.

What is it? Sequel to the ID developed FPS Rage, featuring a huge open world and action beyond the dreams of the original. Avalanche Studios are taking over, which lets you know you’re in for some explosions of huge proportions and tense, brutal vehicular combat. Neon mutants and explosions? It’s Rage 2 served with a side order of Andrew WK.

What is it? The Elder Scrolls card game’s getting a visual overhaul, and is also coming to Switch, Xbox One, and PlayStation 4. All progress made currently will be carried over to the revamped version.

What is it? The Elder Scrolls Online hits over 11 million players and the next DLC is announced, it’s called Wolfhunter and will be a dungeon DLC featuring werewolves. Mirkmire will be out later in the year, and will be a story-driven pack, set in Argonian Blackmarsh.

What is it? Demons aren’t scary, they’re afraid of you. Take the fight to Hell (on Earth) in this sequel to 2016’s successful reboot of the Doom series. Big guns, big demons, big destruction. Taking onboard feedback from the DOOM community, it features twice as many demons and weapon tweaks to make this the ultimate DOOM experience.

When’s it out? More info at QuakeCon

What is it? Bringing multiplayer back to the Quake series, building on the pillars of Quake gameplay: speed and fun. It’s the first Quake game since Quake 4, and it aims to bring Quake to everyone. It’s available in early access right now, but Quake Champions is here to announce something more…

When’s it out? Play between the 10th and 17th of June for free – and if you play this week you can keep playing after the week is over.

What is it? A free update including Survival mode is being added to Prey as of tonight, and the Mooncrash DLC is being worked on which will be a replayable game mode, based on trying to escape an mimic-infected Moonbase in a simulation. Reset the simulation, start over, and do better each time. Typhon Hunter is a multiplayer mode where you are tasked to hunt a Typhon, who can hide much in the same way that the player can in Prey. Think Prop Hunt, but in Prey.

When’s it out? Tonight for the update and Mooncrash. Typhon Hunter will be coming later in Summer.

What is it? Telling the tale of BJ Blazkowicz’ twin daughters, set in Paris in the the 1980s this pushes the story of Wolfenstein forward in an all-new co-op experience. You can play solo, or join with a friend, to save the world.

What is it? Prey will be receiving VR support to tie in with the Typhon Hunter DLC, and a brand new storyline about killing Nazis will be available as a standalone set in the Wolfenstein universe.

Frankly this is just here so we can show off their trailer again.

What is it? A prequel to all the other Fallouts, it is 4 times the size of Fallout 4, and is set in the hills of West Virginia. As one of the first to emerge from your vault into the Wasteland, it’s up to you to survive and rebuild in this new world. The quest the Oversee sends you on spans over six regions, each with their own climates, risks, and rewards. Featuring multiplayer for the first time in a Fallout game, Fallout 76 will be entirely online. Fallout 76 will be a survival game where you can choose to play solo, or to team up with others. Each server will have dozens of players – not hundreds, and your progression stays past death and onto other servers, featuring building anywhere.

What is it? To celebrate its third anniversary, Fallout Shelter will be coming to PS4 and Switch.

When’s it out? Tonight!

What is it? The Elder Scrolls: Blades is a first person open-world RPG that will be appearing on mobile with an interface and gameplay specifically designed for mobile play. Features both hand-crafted and procedurally generated dungeons, the Abyss features an endless, rogue-like adventure, the Arena is focused around 1v1 PvP battles, and The Town is the main quest. A town building mode will be part of the main quest as you rebuild your home town. It’ll be appearing on mobile phones, VR, PCs, and consoles.

What is it? Bethesda’s first wholly original franchise in 25 years will be a scifi single-player experience.

When’s it out? No details yet.

What is it? No major details yet, but it’s coming!

When’s it out? When it’s done.

That’s it from Bethesda, don’t forget that you can add announced games to your wishlists here, and you can follow our E3 2018 coverage right over here.