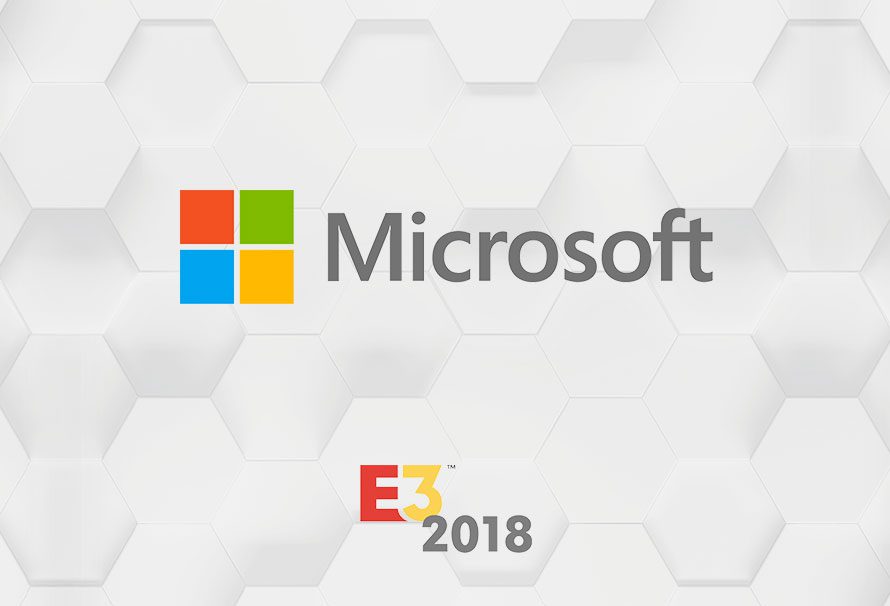 E3 2018 is getting into gear now as the big players hit the centre stage. Next up is Microsoft, and the rumours are going wild about what they’ll be showing off. You can of course keep up to date with all our E3 2018 coverage right here, and you can add games to your wishlists over here as soon as we have them on the store so you’ll be ready to buy as soon as they’re out.

But enough preamble, we’ll be updating this article with the latest trailers, news, and info from Microsoft’s Xbox conference. So check back for all your game news.

What is it? Join Master Chief as he attempts to save humanity on his greatest mission yet. That’s all the info we got!

When’s it coming out? No information given

Ori and the Will of the Wisps

What is it? Ready to jump, run, and have feelings? Ori’s back in another incredibly difficult platformer filled with beautiful art, music, and intense moments of emotion. Platformers have never looked or sounded so so good.

What is it? From Software and Activision team up to bring you an epic tale of samurais and revenge, in a third person action game with incredible movement and visceral combat. Travel the frozen hills and escape death to bring doom to your enemies.

What is it? A prequel to all the other Fallouts, it is 4 times the size of Fallout 4, and is set in the hills of West Virginia. As one of the first to emerge from your vault into the Wasteland, it’s up to you to survive in this new world.

The Awesome Adventures of Captain Spirit

What is it? The next game from Dontnod, creators of Life is Strange and set in the same universe, this original story focuses on a young boy named Chris. His imagination takes him to unexplored planets and distant locations, gives him superpowers, and lets you experience the world through the imagination of a young child.

What is it? Terry Crews takes you into an open world of destruction, violence, and collecting orbs. The next game in the Crackdown universe sees you use your superpowers to blow up…well..everything. Bigger, bolder, and badder than ever before – Crackdown’s back, baby.

When’s it coming out? No details yet (but most likely February 2019)

What is it? Nier Automata comes to Xbox One X, enhanced and including brand new DLC created exclusively for the Xbox version.

What is it? The next in the Metro 2033 series goes above ground as you take a rail trip to remember. See the world as you’ve never seen it before, as you explore the ruins of what was and try to build a life for what will come. This FPS will take you on a journey you won’t forget across the nuclear wasteland of Russia, as you fight to survive against nuclear monsters and worse, the dregs of humanity.

What is it? The multiplayer pirate-em-up is getting more mystery, adventures, and lands in The Forsaken Shores and the Cursed Sails,

When’s it coming out? July 2018 for the Cursed Sails, September 2018 for The Forsaken Shores

What is it? Racing has a new home as you head out onto the open road, and even off-road. With dynamic weather effects across different seasons and a huge roster of cars and vehicles to race in – even a few hovercraft, Forza Horizon 4 brings you a more fun and explosive racing experience than ever before. All in glorious 60fps.

What is it? Set in a dystopia controlled via usage of a drug called ‘Joy’, this semi-open world survival game takes place in a satirical city. It examines emotions, and being free to feel what you want instead of what you’re forced to. Fight for survival, for the freedom to feel, and for what’s right.

What is it? It’s PUBG

When’s it coming out? It’s already out. But there’s new updates coming! Winter 2018.

What is it? Tales of Vesperia, the 2008 JRPG is remastered and brought to the West for the first time. Explore, fight, and experience this JPRG the way it was meant to be played.

What is it? A virus has wiped out Washington DC and spread from there, the US now fights for survival on the streets in terse urban warfare. A new corrupt government is attempting to form in the rotten heart of virus-ridden US. The sequel to The Division will take place in a new location, in the Summer, and with a whole new third person combat experience.

What is it? Lara Croft is back and this time she’s desperately trying to atone for unleashing an unnatural terror upon the world. A series of disasters are set in motion and it’s up to Lara Croft to rectify her mistakes. Fighting against the sinister Trinity company and using every bit of her survival knowledge and knowledge about ancient civilisations, Lara Croft might just be able to save us all.

What is it? Time to grind, head to the streets and grab your board. Grind and flip your way to high scores and board mastery in this brand new skateboarding game.

What is it? What is the black stone? What lies beneath the desert? Who calls you from across the desert? And why do you keep coming back to life? All these questions will be answered in Black Desert, a third person action MMO that’s coming to Xbox.

What is it? Demons are invading the world and it’s up to you, your guns, a sword, and some sick moves to defend humanity against the onslaught. That’s right, DMC is back, and it’sc ready to kick ass. Kill hordes of foes as the most stylish action game series goes back to its roots.

What is it? New challenges await in the new DLC announced for the diabolical Cuphead. New bosses, levels, and even a new character!

What is it? Explore, solve puzzles, and defeat tiny foes in this pocket sized adventure. Combining a beautiful art style with the most adorable fox, Tunic will see you soar to the heights and explore the depths as your adventure unfolds across a big world.

What is it? The impossible can become real across multiple realities, but misfortune strikes as these disparate realities merge into one. That’s right, your favourite anime series characters from Dragonball Z, Naruto, and One Piece are all meeting each other to fight for survival for the first time.

What is it? Years after the fall of humanity, survival is a tense balance against the terrors of the night and scrabbling for survival during the day. This first person action game sets you loose after the apocalypse, and your choices will determine how the world you inhabit changes and evolves. Combining parkour, melee combat, and the dead ready to feast on your flesh – Dying Light 2 offers a bit of hope as you determine the future of the world.

When’s it out? No date announced

What is it? Finally you don’t have to call your local Gamestop to find out if they have Battletoads, they’re back in a brand new 3-toad adventure.

What is it? The most explosive game series ever made, Just Cause 4 takes you on a journey to explode everything you can and bring down a terrifying private army. With your wits, weapons, and a whole lot of grappling hooks, Rico’s back and he’s ready to blow you away with this next instalment in the Just Cause series.

What is it? The indie arm of Xbox shows off a little of what’s coming!

When’s it out? Keep your eyes peeled for more info.

What is it? Gears of War meets Funko Pop…no we don’t know either. Mobile only!

What is it? A prequel to the original Gears of War, it’s a turn-based strategy game with a character driven story featuring customisable squads and equipment. As well as huge boss battles that will test your tactical skills to the limit.

When’s it out? No date given

What is it? Gears of War is bigger than ever before in this new instalment in the Gears series. Featuring a new story and everything that you know and love from the original Gears games, the team are back and ready to kick Locus ass and find out how it all began.

What is it? The long-awaited new game from CD Projekt Red shows off a little more of the future that they’ve imagined in Cyberpunk 2077. Set in the year 2077, an overcrowded city has been voted the ‘worst place to live’ and it’s here that your adventure starts.  Jack in, gear up, and get ready for action in Cyberpunk 2077.

When’s it out? No date announced

That’s it for this year from Xbox and Microsoft, join us here for more E3 2018 coverage throughout the event, and remember you can add some of the games above to your wishlists here!