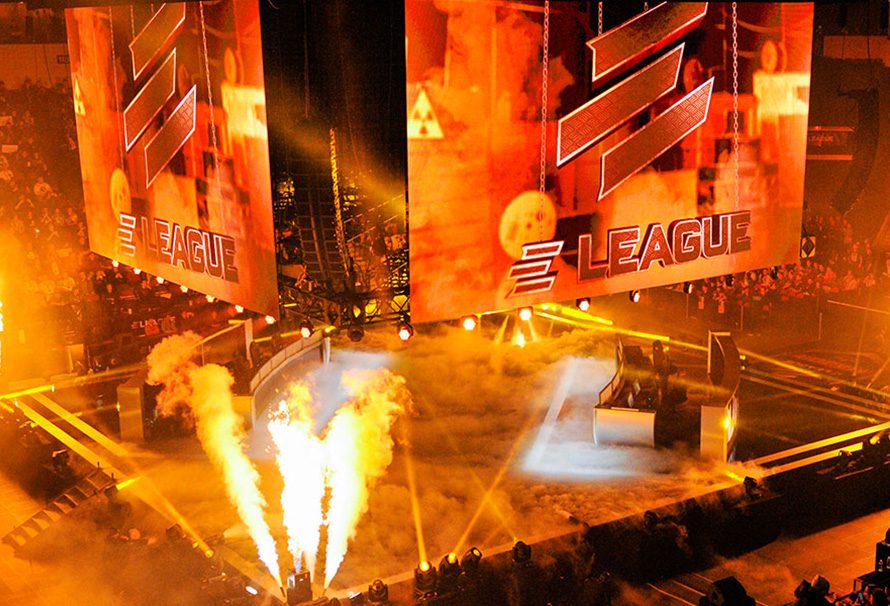 The fairly new-look squad were 0-2 in the group stages and just a game away from elimination before six consecutive victories ultimately saw them to a title that nobody predicted.

The Agganis Arena, Boston, played host to the top eight teams and was packed from floor to ceiling with raucous North American fans. The live offline action proceedings got underway with pre-tournament favourites FaZe Clan battling it out with mousesports. Truth be told, it was a walk in the park for FaZe who looked in imperious form whilst sailing through to the semi-finals.

Up next saw the true underdogs Quantum Bellator Fire face fellow CIS team Natus Vincere – but the run ended abruptly with a swift 2-0 in favour of the latter. Quantum Bellator Fire came through the open qualifiers and surprised the world on their way to Legend status but all good things have to come to an end.

Except, perhaps, for Cloud9. The North American roster secured their qualification for the last eight in dramatic fashion as Tyler “Skadoodle” Latham secured a spot in his first major playoffs and the crowd were fully behind the only home team left in the tournament. First up, a date with G2 Esports saw them simply brush aside the French outfit. Known for choking on the biggest stage, Boston was no different. The star-studded roster simply didn’t show up on the server and were dismantled by Cloud9 as the crowd sensed momentum gathering.

The second day of competition saw SK Gaming face Fnatic in the last quarter final of the round. An epic match saw SK Gaming close it out in the narrowest of fashion in a game that lasted over 5 hours from end to end. The Brazilian squad would then have to face Cloud9 in the second semi-final on the very same day. There’s palpable criticism of the tournament format given SK’s incredible slog – but that was the fate laid out for them.

It wasn’t improved either by Natus Vincere seemingly lying down for FaZe Clan and being dismantled in swift fashion. It left a grudgy SK heading back to the stage to face a Cloud9 who were still brimming in confidence, backed by an excitable crowd. Ultimately, it came down to three but Cloud9 managed to close it out and secure their place in their first major final.

The best of three final on the Sunday presented the esports world with arguably the greatest match in esports history. The pacing of Counter-Strike makes it perfectly accessible for those who love esports and equally those who haven’t got an idea what’s going on. Over 1,130,000 concurrent viewers flicked onto Twitch to watch a scintillating game of Counter-Strike.

The naysayers will have been fairly confident of a FaZe Clan victory – with the star-studded roster taking the first map, Mirage, on Cloud9’s pic by 16 rounds to 14. No one expected Overpass to go Cloud9’s way but spearheaded by Tarik “tarik” Celik’s beastly 101.2 ADR the North American dream continued – snapping back 16-10 and taking the final, and the major, to a third and final map.

Inferno provided the beautiful setting for some of the greatest drama in Counter-Strike and esports history. Make no mistake, FaZe had opportunities to close out the match. Match and Championship points came and went with Cloud9 clawing back from the depths of despair to force overtime.

C9 then went on to win the first three rounds of overtime and put themselves within a point of the most unlikely of titles. Alas, FaZe showed just why they’re a superstar roster and one of the most clutch creeps through a smoke grenade from NiKo ensured that the tie would go down to a second overtime.

With seemingly rational decision making out the window – a FaZe burst onto the B site with 10 seconds left saw Stewie2K come up with one of the biggest clutches of his life to deny the plant and win the round. Then, sheer wizardry from in-game leader Tarik with a sensational ace would seal the championship.

Make no mistake – the ELEAGUE Major: Boston threw up one of the greatest games in all of esports history. The hype was palpable and North America have a major title. Will C9 be able to maintain this level? Only time will tell.