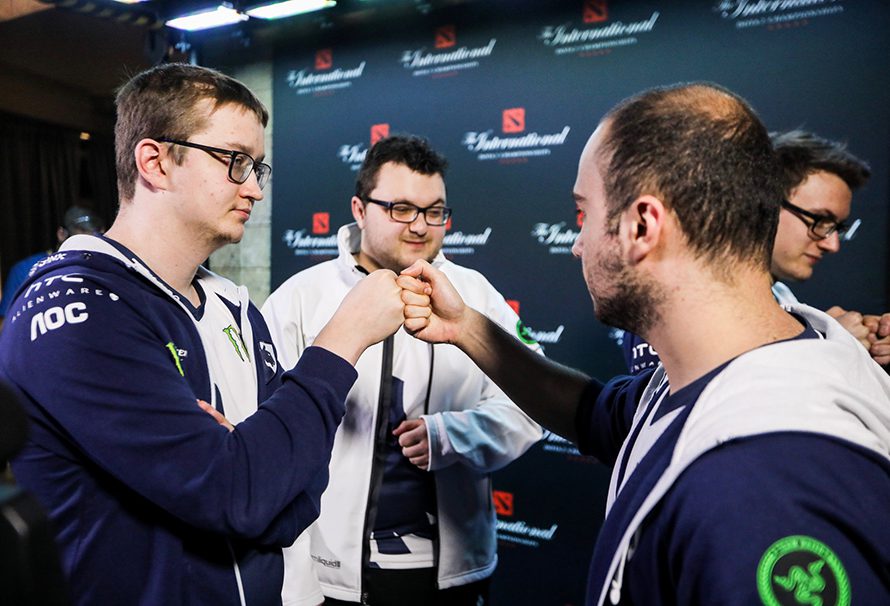 The iconic Spodek Arena will play host to Dota 2 for the first time in its history next week as the Dota world descends on Katowice for Poland’s first Dota 2 major. Sixteen of the world’s finest teams will battle it out for their share of the $1,000,000 prize pool – and as always – coveted Dota Pro Circuit points.

It’s the first major after roster shuffles, and with a new gameplay patch released just recently, it should be a spectacle for those that know and love Dota 2 as an esports spectacle. We’ve broken down the teams we expect to go well out in Katowice.

Who are the main contenders?

The previous winners of The International are, yet again, the team to beat out in Poland. Since the new year the all-star squad has competed in two big tournaments and come second at ESL One Genting, whilst winning StarLadder i-League Invitational Season 4.

The five on the roster have won almost $2,500,000 since joining the Team Liquid brand and they’ll be looking to add another chunk onto the already mammoth number with victory in Katowice. They face what many would consider the easier of the two groups – with a first round tie against Effect a match they should breeze through. Support player Maroun “GH” Merhej is undoubtedly one of the best in the world, and given the tweaks to supports – his Keeper of the Light could make extremely effective work of the new stacking gold changes.

Team Secret sit atop the pile in the Dota 2 Pro Circuit rankings at the moment. They’ve done extremely well at events of late, and have been almost omni-present at majors and minors alike. The roster featuring German Adrian “FATA-” Trinks and Marcus “Ace” Hoelgaard has gelled without issue and looks a formidable force. They won the DreamLeague Major conquering Liquid, narrowly missed out on ESL One Hamburg to Virtus.Pro and have since won Captain’s Draft and finished 3-4th at ESL One Genting.

There’s no reason to suggest they won’t be up there with the best next week, although their side of the draw does seem a tad tougher than the first half.

LGD are a fairly new roster having just recently introduced youngster Yang “Chalice” Shenyi to the roster back in late December. They impressed recently out at StarLadder, taking second just behind Team Liquid. The team played in a dynamic style and got the better of several good teams and one would assume that they’re only going to continue to grow as a team. Should they show improvement on what was already solid, if not spectacular, performances then they will surely go well.

The other challenger from the East that seem a level above most are Newbee. The finalists from The International have kept their roster since the heartbreak in Seattle and have gone from strength to strength. Back at Genting they managed to conquer Team Liquid as well as beating other top teams and the renewed confidence and belief that they can in fact beat the best will only serve them well.

Previous inconsistencies seem to have been ironed out and the support duo looks amongst the most dynamic in the world. They’ll have to, as always, rely on a big performance from fan-favourite mid laner Sccc but should any team wish to take the title, they’ll need their best players to turn up.

Teams to keen an eye on

OG are record holders in their own right. In the previous two years of Dota 2, the calendar revolved around a total of five Valve majors and The International. Of the five majors, OG won four and Team Secret were the only team to take a tournament from them. They’ve yet to see success on the biggest global stage – The International, though. Currently they lie just outside of the qualification spots for esports’ biggest tournament by prizepool, but that’s only owing to Natus Vincere recently transfer activity.

They’ve looked impenetrable of late, having won all ten series played online since they last appeared laden with substitutes at the Galaxy Battles. They’ve won 17 online series in a row and look in stellar form coming into this tournament. They’ve got a tough draw, with Liquid likely to be their opponent in the second round – but should they make it to the main stage they’ve every chance. They have a number of big game players with significant experience under pressure so it would be mad to write them off.

Any team with Jacky “EternalEnvy” Mao in their ranks is a team to watch. The legendary carry player can be the best player in the world on his day – but on many others, make decisions that cause others to question whether he’s ever played the game at all. The roster caused quite the controversy when replacing the longest standing member of the team Khoo “Ohaiyo” Chong Xin with free agent Saahil “Universe” Arora just over a month ago.

Since the change they’ve looked shaky often but seem now to have hit a groove and a rhythm. Should the team fulfil their hopes and dreams of making The International, they’ll have to step up considerably in performance – and most importantly – remain consistent. It’s a task that many teams that Envy has featured on have struggled with but it’s paramount should they wish to accumulate Dota Pro Circuit points.

Team Kinguin shouldn’t have a hope of going the distance out in Katowice. They are outclassed on paper, and have yet to really make their mark on the international scene. Should they somehow make a miracle run to the Spodek, however, then it’s all to play for. We’ve seen from the Counter-Strike events at the Spodek just how loud the Polish fans can be when their home favourites are playing and one would assume it’ll be no different in the Dota.

Should Kinguin make it to the stages with a live crowd at the Spodek, the crowd may well give them the extra momentum needed to spring upset after upset. We’re not saying it’s possible – but stranger things have happened.