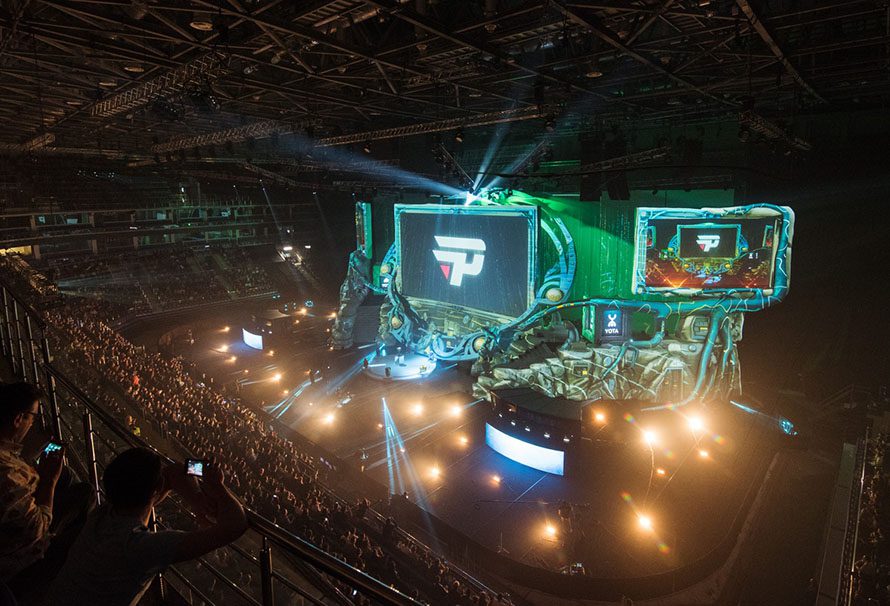 As per usual there’s plenty of esports action available for fans across the world. There’s the continued Overwatch League action, League of Legends MSI play-ins and the small matter of two huge tournaments in Dota 2 and Counter-Strike: Global Offensive.

The Dota 2 action takes place in Epicenter, where one of the most impressive stages in esports plays host to some of the world’s best teams in the latest Dota 2 Major. As the scene is now in the closing stages of the first year’s Dota Pro Circuit, competition is all the more important as teams look to secure a spot at Canada’s first The International.

Over in Counter-Strike, a raucous Australian crowd is welcoming teams with a baptism of fire to Sydney as home a new champion of IEM will be named following the elimination of FNATIC earlier in the tournament.

Virtus.pro the home favourites may well be the ones to watch

If there’s one thing guaranteed in life – it’s that a Russian crowd will be vocal in their support for local favourites. With Dota 2 arguably being the biggest esport title in the CIS region, a major on home soil is sure to bring the fans out in their droves.

Interestingly, Virtus.pro are the only team who have confirmed their invite at The International. Theoretically, they could not play another match before August’s tournament and they would still be secured a spot at what has historically been the most lucrative esports tournament. With nearly $25,000,000 on the line last year – there’s likely to be another staggering prize pool this year and the CIS squad look an early favourite for the tournament.

At Epicenter they’re already confirmed in the top eight. During the group stage they dropped just one series – and four maps, surprisingly to local rivals Natus Vincere. Outside of what many would consider a surprise loss, they looked fairly comfortable. Their signature playstyle of early aggression and impeccable teamfight should prove extremely difficult for teams to deal with and it would take a brave man to back against them taking another title in front of what’s sure to be vocal home backing.

Outside of Virtus.pro we find ourselves talking about the same Dota 2 teams over and over again. Team Liquid, the winners of a mammoth $10,000,000 at The International last year look every bit as good as they did last year. They’re the first team to be together and looking strong heading into the summer afterwards, as lack of motivation has previously torn apart previous victors of Dota’s biggest tournament. They’re arguably one good result away from securing their place in Vancouver and they’ve looked extremely good thus far in the tournament. They were the first place to secure a top four place at the tournament, and are yet to drop a single series – dropping just two maps in a total of six series showing just how formidable they are on their day.

Notable mentions should go to newly partnered Paris Saint-Germain.LGD, the Chinese squad who have continued their late charge. They’ll have to overcome the best in the West should they wish to take the title though and it may just be that they come up slighly short.

Shoeys on the menu at IEM Sydney?

IEM Sydney has been a tournament with plenty of storylines so far. Be it the elimination of SK Gaming by Australian team Grayhound – Cloud9’s elimination by FaZe after Tyloo’s initial victory or Renegades run beating juggernauts FaZe – there’s been a whole heap of drama already.

Now it’s down to crunch time, however. There’s three series left to play plus a Australia versus England showmatch aptly named “The Caches” as a fun play on cricket’s biggest series and the banter between analysts HenryG and SPUNJ.

Sadly, Renegades will not appear in front of the home crowd again as they were eliminated narrowly by mousesports in the quarter finals – but not before Reddit complained about the crowd being “too loud” which is testament to the support provided by the Australian’s with a team from their own soil appearing on a global stage.

The storyline emerging now is the resurgence of Astralis. A team that hadn’t managed to hit the rhythm that saw them crowned major champions last year, an unexpected replacement has reinvigorated the roster. They seem to have more map depth than anyone else and will be the team to beat after recent tournament victory down in Marseille. It may be a little early, but analysts are already starting to suggest that this may well be the “Astralis era”. We’ve seen FaZe have a brief period of dominance – and it wouldn’t surprise anyone if the final we see come Sunday is FaZe versus Astralis. With Xizt standing in for FaZe of late, they don’t quite have the same firepower as with Olofmeister and Astralis look the better tactical team.

There is of course TyLoo, the Chinese team who have secured their best finish at a big event yet – but FaZe should be too strong. Mousesports have looked a little ropey and were annihilated by Astralis 2-0 in the Upper Bracket so there’s good reason to believe that Astralis will win back to back tournaments for the first time in quite some time.