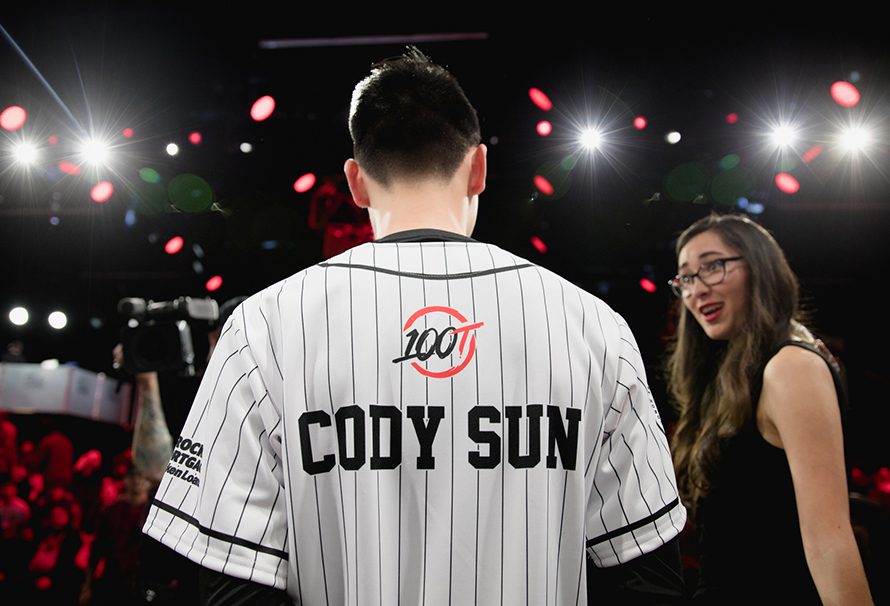 Make no mistake, esports fans have an exciting weekend ahead with a plethora of Dota 2, League of Legends and Overwatch action all to be perused and enjoyed across the next few days.

Miami and Copenhagen will provide the setting for the North America and European LCS Spring Split finals respectively. After a turbulent Spring Split that came down to the very last week and a series of tiebreakers in North America, Team Liquid will face 100 Thieves for the Spring title whilst Echo Fox and Clutch Gaming will battle it out for third position.

100 Thieves are a new name to the North American League of Legends Championship Series. Following the league’s decision to franchise last year, 100 Thieves are the organisation created by the world famous NBA team, Cleveland Cavaliers. That’s not to say that their player roster is or was unheard of before the tournament got underway. Alas, an eclectic mixture of new blood and experience has seen the organisation well and truly surprise the established ranks in North America. It’s the first Split in a long time where TeamSoloMid, the record-breaking roster have not made the playoff stage as the power has shifted.

The man to watch is Cody Sun, 100 Thieves ADC. He was picked up after a brief period at Team Liquid and time at Immortals and under the stewardship of experienced support Zaqueri “Aphromoo” Black has posted some incredible statistics. He has the highest total kills of any ADC this regular season with a staggering 79. Additionally, of any player in the League he has the highest KDA with 8.2, Kill Participation with 85.4% and DMG% of 35.9%.

His performance throughout the regular season helped guide 100 Thieves to joint top spot with Echo Fox at 12-6, before they won the 1st place tiebreaker 1-0. Heading into the playoffs, they faced Clutch Gaming who had just dispatched Team SoloMid and edged past them by three games to two to book themselves a place in the final of the split.

Their opponent is a name etched in esports legend. Team Liquid are an organisation that has enjoyed great success across a multitude of game titles and was one of few existing endemic esports organisations that managed to secure a place in the newly franchised NA LCS. There’s a man on the other side, Yiliang “Doublelift” Peng who is looking to make history himself. The veteran will, if he wins the title, become the first player to lift the NA LCS trophy on three different teams.

For many, Team Liquid are overwhelming favourites. Neil “pr0lly” Hammad, the head coach of 100 Thieves joked that Liquid must have sat on Riot’s recent balance team as the meta suits them perfectly. It’s sure to be an emotional weekend, with Doublelift set to play despite his personal tragedy and should Liquid take the victory, one would expect a lot of raw emotion on show.

South East Asia has bred some fantastic Dota 2 teams. It’s a region that was often considered weaker than the North American, European and Chinese counterparts but we’ve seen glimpses in the past that they’re comfortably amongst the best.

From Fnatic’s run at The International 6 and MVP Phoenix performance at several tournaments, we’ve seen the region play some fabulous Dota 2. Still, to this day, there has never been a South East Asian team in a Major final. Until now.

The Dota 2 Asia Championships is considered by many as the Chinese version of The International, Valve’s most prestigious Dota 2 tournament. The tournament spans two weeks and we’ve seen 16 teams whittled down to just three now, and there’s storylines aplenty.

The first, and biggest story, is that of Mineski. The South East Asian roster started the Dota Pro Circuit season in strong fashion before having somewhat of a blip in the midseason. The roster houses two very familiar names in legends Chai Yee “Mushi” Fung and Daryl “iceiceice” Koh who have played for a plethora of top rosters over the years. They’re joined by Kam “Moon” Boon Seng, Anucha “Jabz” Jirawong and Michael “ninjaboogie” Ross Jr and legendary coach Tang “71” Wenyi and have been truly irrepressible out in Shanghai.

They dropped just one map in the group stage, against Virtus.pro but have since knocked OpTic Gaming, Vici Gaming and LGD Gaming all down to the lower bracket in a dominant run. They’ve shown extreme flexibility in draft and have played at an astonishingly quick pace which has caught many opponents off guard. They dispatched LGD in the first game of the upper bracket finals in just 27 minutes, before showing their mettle when coming back from a considerable disadvantage to win the second map in 61 minutes.

The biggest barrier for Mineski is likely to come in the shape of Virtus.pro. Virtus.pro have performed so well they’re already guaranteed a direct invitation to The International, Dota’s biggest tournament. They’ve won two consecutive Dota 2 Majors and are looking to make it three in a row. Despite being knocked down to the lower bracket by Team Liquid, they’ve looked confident in making it to the lower bracket final. They now face LGD for the chance to play Mineski in a best of five grand final. Although Mineski might be the fairytale story, there’s a reason Virtus.pro are ranked by many as the best team in the world. If there’s any team that can match the speed of Mineski and counter it, it’s Virtus.pro. They too are one of the quickest teams in Dota 2 and their experience in major grand finals may well give them the edge. They do of course, have to get past home favourites LGD in the lower bracket final first. It won’t be easy, and Mineski will likely be hoping that it is indeed LGD that conquer VP as the only match they’ve lost thus far this major is against VP.