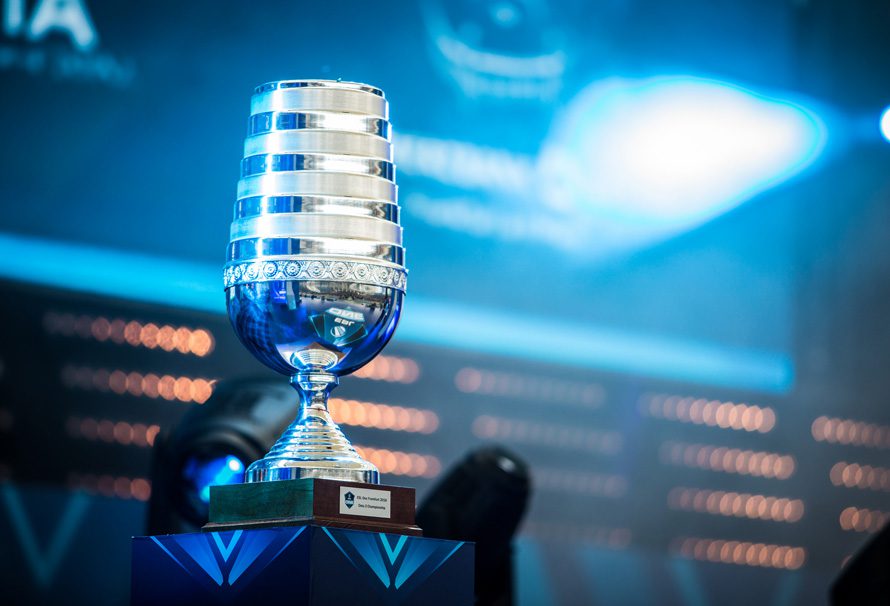 The iconic Spodek Arena is ready for two consecutive weekends of what’s sure to be scintillating esports action. Before IEM next week there’s the small matter of a $1,000,000 Dota Major this weekend and a $50,000 PUBG event too.

There’s not many people that would have predicted the run of Fnatic’s Dota team this week already. Their victory against Team Secret to secure a top four spot and an appearance on the stage in front of what’s sure to be a packed house. The final game in the series saw a base race that will live long in the memories for Dota 2 fans.

What is it about Fnatic, Katowice and backdoors?!

After two quick series prior, the Secret Fnatic matchup provided all the hype as the South East Asian based squad showed that their run to the quarter finals was no fluke. They are also joined by Vici Gaming in the semi-finals and by finishing top four, they also guarantee coveted DPC points.

There’s still one quarter final to be played, too. Evil Geniuses completely dispatched Newbee with the entire series taking around 40 minutes to set up a date with a familiar foe – Virtus.pro. The CIS squad are still looking strong despite making a small roster tweak but there’s certainly reason to believe that EG can beat them. The boys in blue haven’t looked phenomenal of late, but the series against Newbee was a serious statement.

The games get underway around noon and it’s not one to miss. It’s the third major of the season, and the real start of the TI run-in. Team Secret currently sit atop the perch but it could all change with the hefty allocation of points this weekend. A victory for the likes of Vici or Fnatic would be a huge leap forward for them.

The esports scene for PlayerUnknown’s Battlegrounds is still nascent at best. The game still has several bugs and the gameplay is far from impeccable. There’s still a huge problem with cheating, and the game is at severe risk of leaving esports behind with hackers competing in online tournaments too. There is an event in Katowice though that will see 16 teams compete across 8 maps of Erangel. The last event still saw blips but improved as time went on – out in Oakland. There’s presumably a big team that are out in Katowice working on the production so it’ll be intriguing to see if Bluehole and ESL have anything up their sleeve.

The game will see teams from the East head over to the West and compete in FPP and that in itself is an interesting prospect. Each team will likely drop in their preferred location as per the PUBG meta, with TSM heading to North Georgopol, FaZe taking Mylta Power, Vitality to their warehouses and then the carnage will begin.

One issue that still occurs on Erangel is water circles. From a spectator perspective, they can be fascinating to watch with the game descending into utter carnage very quickly. Teams scramble for position, with each team often sending one player into the water to ensure a later placement.

Given the nature of where each team drops – there’s often a lot of death by transit. It’s not like watching Shroud where he will go around and demolish people – PUBG is fascinating from a strategic perspective. Placement is often prioritised above all and thus early skirmishes are not too frequent. There’s not 100 players dropping in Pecado or at School like when a normal game’s played but instead there’s often large amounts of players still alive when 2 or 3 circles have been and gone.

It’ll be interesting to see if compounds are prioritised as heavily as they have been previously. Some teams prefer to play more aggressively and patrol the edge of the circle, some teams will happily sit and hold a compound towards the middle of the circle – it varies from team to team. There’s folk who will perch on the edge of the circle and annihilate greedy looters who stay in the blue for too long. On top of that – there’s no remorse. Each kill secures points, so finishing a downed player as soon as possible is a top priority or teams risk having their points poached.

Teams to watch are arguably the West’s best team FaZe who recently competed at OGN in Korea, as well as fan favourites TSM and Method. Each team on their day can win a lobby, and given the amount of randomness in PUBG – we may well see a surprise winner.