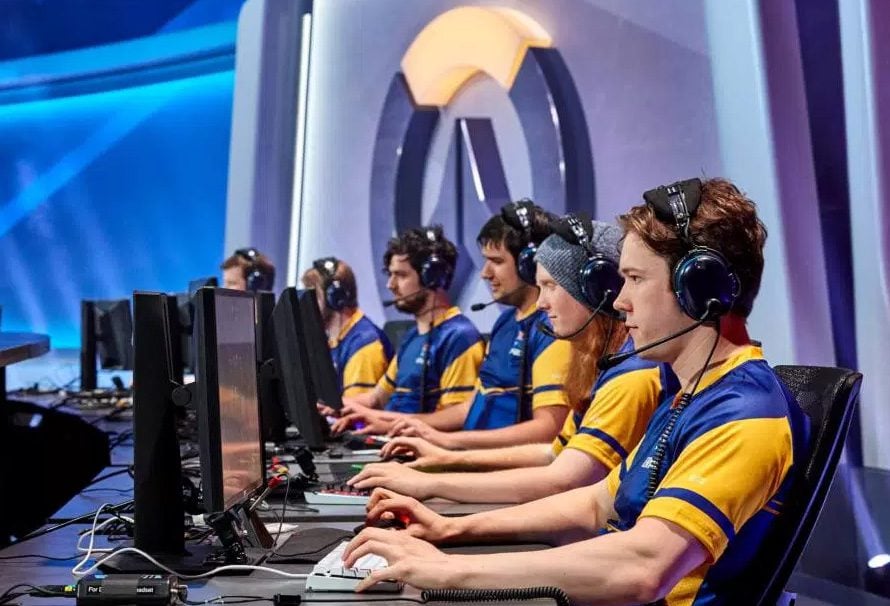 There was no shortage of fabulous esports action on show this weekend. League of Legends had an all-star tournament whilst OG Dota 2 got back to winning ways by conquering all at the MDL minor. Elsewhere, Call of Duty’s new season got underway out in Dallas with Splyce conquering fan-favourites OpTic Gaming before falling agonisingly short in the grand finals to Team Kaliber. That wasn’t even the half of it though, and the very best of the action came in Counter-Strike, Street Fighter and Overwatch. Here’s the highlights from a truly brilliant weekend of esports.

Heading into the ESL Pro League finals SK Gaming and FaZe were billed as heavy favourites as other top tier competitors were hampered by playing with standins. Again Astralis were missing the firepower of primary AWPer Nicolai “dev1ce” Reedtz and didn’t look the same with Ruben “RUBINO” Villaroel in his place. Both Team Liquid and Astralis finished Group A with four losses and a solitary victory which meant an early exit for both teams who would have harboured high hopes were they playing with a full five. Despite a slow start from FaZe after dropping their first map to a much improved Fnatic, the all-star roster would make no further mistakes on their way through to the semi-finals atop the group.

Ignoring the run of SK Gaming in Group B, anyone tuning in late may have been perplexed at results elsewhere. North continued their lacklustre form with unexpected defeats to NRG and Misfits arguably the two weakest teams amongst the six. The struggle for in-game leader Mathias “MSL” Lauridsen continued as he recorded a HLTV rating of just 0.70 and ended with just 62 kills across five maps. Ninjas in Pyjamas couldn’t rediscover the form of IEM Oakland either, missing out on the semi-finals after also losing to Misfits and NRG in disappointing fashion. SK did get toppled by OpTic Gaming but managed to make short work of the rest of the opposition, conceding just 32 rounds in their four victories to finish in first seed for Group B.

9 finals, 8 trophies. @virtuspro you owe us one. I still remember Vegas. We will come for you in 2018. pic.twitter.com/vFtz8whte3

Heading to the arena and the playoff stages, both SK and FaZe sat in the semi-finals eagerly awaiting any of the four quarter finalists. It was clear to many that the two top ranked teams in the world looked different class to the rest of the field and there was almost an inevitability about the meeting in the final. With SK not heading to Cancun to compete in ECS, the FaZe versus SK best of five provided perfect opportunity for the final epic showdown of the year between these two juggernauts.

It was an almost familiar story, though. The level of Counter-Strike when these two meet is simply out of this world. At the moment no one can get close to the level they are competing at and every time they meet it’s truly a treat for the thousands watching. FaZe took the first map and their pick Inferno with GuardiaN shining brightest before olofmeister’s 101 ADR on Overpass was not enough to stop SK Gaming bouncing straight back. NiKo’s 59.9 ADR and GuardiaN’s 47.7 ADR were alarmingly low for two players who often put in huge performances when it really matters. Mirage was FaZe’s second pick and SK are already one of the best in the world on the map. They showed their prowess once again, with fer characteristically pushing smokes and making plays to help the Brazilians dismantle the European mix squad once more.

The fourth map was Train, a map that SK revealed they had been saving for the best of five final. Whilst it was an epic back and forth a simply amazing moment of Counter-Strike happened on championship point. With GuardiaN left with just 13 bullets and a C275 against both FalleN and fer – he shouldn’t have had a chance. He managed to just about pick Fer but and with FalleN hidden in the smoke and no bullets remaining, the crowd and casters thought it was over. Then, the unthinkable. On match and championship point with a very vague idea of where FalleN was, he beat the two seconds left on the clock to save match point. Sure, they would lose the map in overtime but the play will go down in the Counter-Strike history books for sure.

It seems like decades ago in esports time that Blizzard announced the Overwatch League. A global franchising system seeing the world’s best compete against each other week in week out.

Alas, a lack of information and rumbles of Blizzard demanding up to $20 million per franchise slot surfaced and the Overwatch esports scene went quiet in anticipation of the launch of the league. The announcements got slower and doubts grew larger but we’ve finally arrived – albeit a tad late. Twelve franchises, ranging from Los Angeles to Seoul will compete in the inaugural Overwatch League. If reports are to be believed, traditional sports franchises and esports organisations with significant investment have spent as much as $20 million to be involved. To the esports community it all seemed baffling. A game with little to no proof of concept as an esport demanding $20 million just to be involved seemed crazy, but credit where credit’s due – Blizzard have achieved it.

Understandably, the preseason matches this week had a lot of eyes on it. Both sceptics and those in love with Overwatch would have watched in awe as Blizzard revealed the brand new studio for the inaugural season as well as a faultless broadcast. Sure, the game’s tough to actually watch gameplay wise but Blizzard have made it look lovely nonetheless. London Spitfire, formerly GC Busan, are the favourites heading into the first season but they did manage to drop a series to the Los Angeles Gladiators showing that it might well be competitive after all.

There’s just a month now until the real competition gets underway – and excitement is truly building. The initial showing was fantastic, but sterner tests most definitely await.