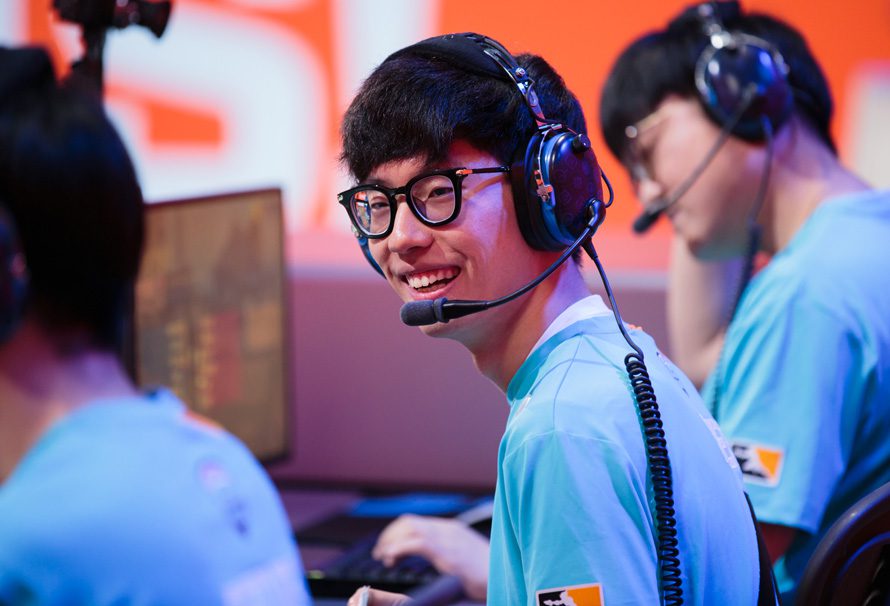 It’s been an interesting week for the London Spitfire in the Overwatch world. The franchise surprised many with the release of esteemed coach Beom-joon “Bishop” Lee despite victory in the first stage of the inaugural Overwatch League season. They’ve subsequently announced the signing of another tank to their roster, in Jang-Hyun “T1zi” Hwang. The young Korean won’t join up with the team for a little while but it’s the Spitfire’s first signing and there’s palpable hype surrounding the new addition.

Spitfire this week will face the Boston Uprising, the first team to defeat them in the Overwatch League and the Los Angeles Gladiators, who they’re yet to face.

They currently sit fourth in the table with a 10-4 overall record, compared to Boston’s 8-7 and Gladiators 7-8 record. Should London win both games this weekend, they will leapfrog the Los Angeles Valiant who currently sit in third.

Revenge on the menu versus the Uprising

Back on January 25th when Boston Uprising faced London Spitfire, the Spitfire were unbeaten and looked a formidable force despite pre-season doubters. The Uprising hadn’t started at a blistering pace and many expected the London squad to emerge victorious.

It was immediately evident that the American team would pose a significant threat, with Numbani, the first map played, going the full distance but Spitfire emerging victorious by five points to four. What followed were Uprising victories on Anubis and Ilios before ultimately clinching the match on a tiebreak control point map, Lijiang Tower. Interestingly, Anubis remains Spitfire’s worst Assault map statistically, with three defeats and three victories leaving them on just 50%. Compare that to Horizon Lunar Colony, and with six out of six they’re simply flawless. It’s a reality turned meme that for whatever reason, Spitfire just struggle on control points. Ilios was their happiest hunting ground with 63% win rate last season but a 40% win rate on Lijiang and a measly 17% on Oasis shows their struggles but their fans will be hoping they’ve put fixed up come stage two.

In the new set of maps for the second stage, we’ve only seen Spitfire on the likes of Hanamura, Hollywood and Gibraltar once. They won all three so hold a flawless record currently. Boston head into this match after a resounding 4-0 victory over Shanghai Dragons last night – although Shanghai are still yet to record a victory in the entire Overwatch League so it’s hardly a true representation. There’s been murmurs amongst the press of internal conflict at the Uprising, although it has been publically denied. Spitfire may be down a coach, but with their two star DPS players singing from the same hymn sheet they look too hot for anyone to handle. They’re astute in studying teams and finding the perfect counter. They’ve proved time and time again that they can play dive compositions as well as anyone. Equally, with Birdring’s flexibility to play Mcree and Profit playing Junkrat they’ve shown just how well they can play anti-dive compositions too. Then there’s the small matter of Bdosin’s Zenyatta. Enemy Tracers often find themselves decapitated from a cheeky headshot or two as he turns more into a DPS machine than an outright support.

The Gladiators pose an interesting threat

There’s no history between these two teams. The Gladiators have won their first game of each the last two weeks 4-0 before losing the second game 3-1. Intriguingly, they beat the Valiant in the Los Angeles derby 4-0 this week so we may well see a repeat. The match will see the return of Baek “Fissure” Chan-hyung to the Spitfire after he completed a transfer from the season one champions to the Gladiators. He’s known as an aggressive Winston player although he couldn’t cement a place in the starting lineup of London. There’s little to no doubt that if there’s any set of players that know how to play against Fissure, it’s his former teammates in Spitfire.

It still feels as if something’s missing from the Gladiators at the moment. They can look devastating on their day but inconsistency is still prevalent and in a league where competition is so staunch, they simply need to turn in top level performances on a more consistent basis.

On the other hand, Spitfire have shown huge flexibility and more consistency over recent weeks and should be in a good position to win this one. The scary element is that they’ve already played the likes of New York Excelsior and Houston Outlaws who were amongst the top teams and thus should have a barnstorming run towards the end of the second stage. They’ll be looking to end well and close the gap on the Excelsior who still in the overall proceedings have a considerable lead.