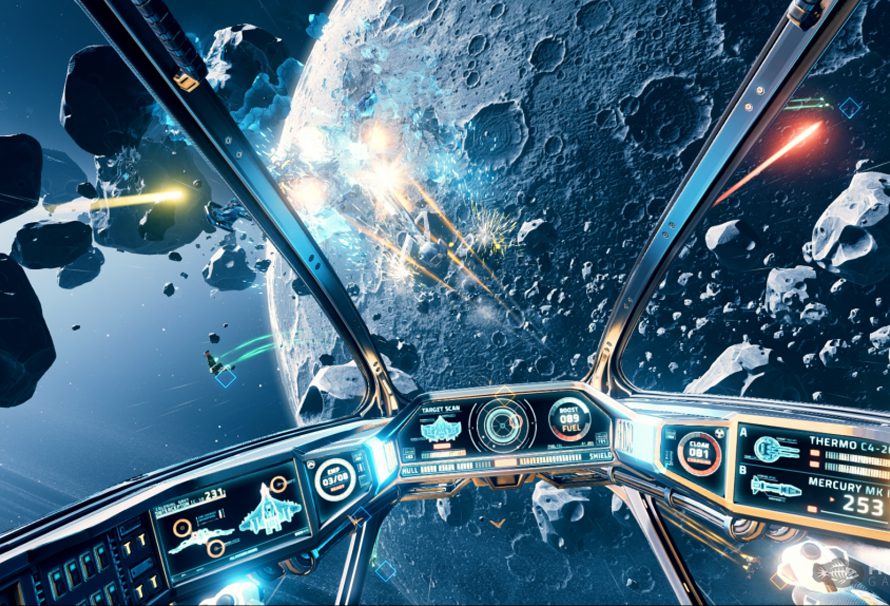 With the game coming out of early access on Steam earlier this week, we just had to take a deeper look into EVERSPACE and find out what everyone is so excited about.  Here’s everything you need to know about the game:

EVERSPACE is a combat space game with rogue-like elements. The single-player space shooter takes you on an ever-changing journey through a universe of surprises.  The game just came out of early access and is now fully released and available for everyone to play on Steam, Windows 10 and Xbox One.

A space game with a story

What’s different about the full release when compared to early access is that it now has a story.  The story is told in a fresh, non-linear way that unfolds differently every time you play the game.  The plot means that every time you are reborn after every death, you’ll come back with a deeper knowledge of what is actually going on, ultimately, solving the puzzle.

Every death will get you closer to revealing another fragment of the story being told. So, dying is part of the progression.

5 things to do in the game

Fight – Get stuck into dogfights and experience furious space combat using a wide range of weaponry and devices.

Craft – Collect and mine valuable resources to either repair your ship’s systems or to craft new equipment and modifications.

Loot – Find blueprints for crafting, and hunt for exotic weaponry and equipment.

Survive – With the tools provided, it is up to you to make the best of your situation.

The biggest highlights of the full release are the addition of the story, VR support (HTC Vive, Oculus Rift and OSVR), more points of interests as well as Steam achievements and trading cards.  Of course a whole bunch of tweaks and bug fixes were done with the biggest change being the removal of scanning probes.

What’s the press saying about it?

9/10 “A great space shooter that stands out thanks to the rogue-like gameplay, fantastic atmosphere, and arcade-style combat.”  – PC Invasion

10/10 “Between its beautiful visuals, tight controls, and harrowing battles, Everspace is a must-play game for lovers of space exploration and roguelikes.”  – Game Skinny