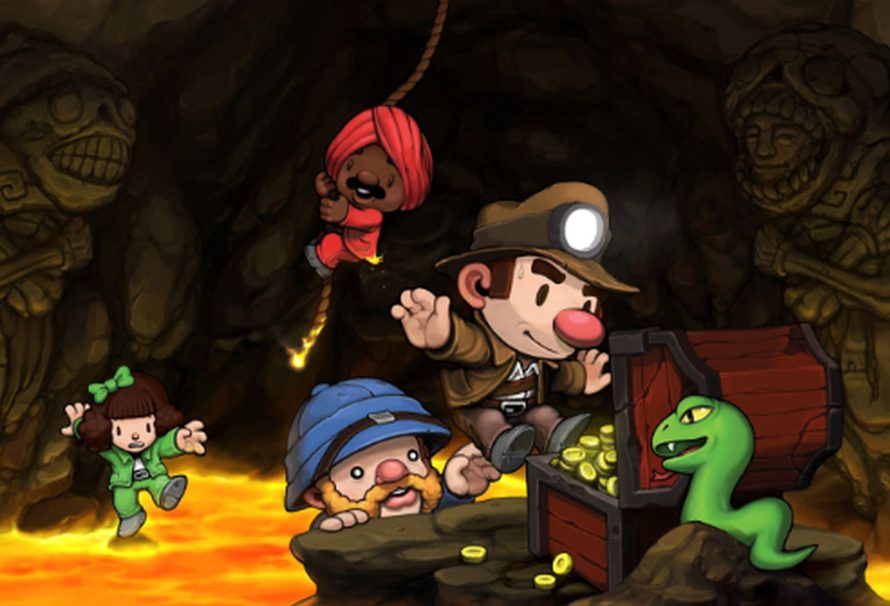 Arguably one of the best sequels to one of the best roguelike platformers ever, Spelunky 2 not only maintains the essence of the original for a whole new generation of gamers, but also unleashes a whole new barrage of enemies, traps and features upon veteran players too. So strap on your mining helmet and heft that climbing rope as we delve into everything you need to know about Spelunky 2.

Spelunky 2 is set to release for PC on September 29th, 2020. Meanwhile, lucky PS4 owners get Spelunky 2 on their platform a whole two weeks before on September 15th, 2020, the lucky scamps.

With just a handful of days until Spelunky 2 digs its way into the hearts of PC owners everywhere, you can catch up on things by feasting your eyes on the latest Spelunky 2 trailer below.

From the horrendous moles which burrow under the surface only to explode through the ground in front of you with their hideous visage, to colossal hedgehog bosses which barrel through wall and flesh alike, it’s fair to say that like Spelunky before it, Spelunky the Second prides itself on having a cast of murderous foes for the player to deal with.

Hardly the only threat that players will face off in Spelunky 2’s moon-based setting, Splelunky 2 also builds upon the peril of its new cast of nasties with a wealth of new traps too. Whether it’s massive tiki towers that punch your hapless explorer into submission when they get too close, or fiendish shifting blocks that crush you against a ceiling in an Egyptian style pyramid, there are certainly no shortage of ways to end up six feet under in Spelunky 2.

Adding yet further grief to your plate too is the new liquid physics system that developer Mossmouth has implemented into Spelunky 2. While sloshing water and deep lakes are often easily dealt with, it’s the roiling pools of lava and waterfalls of molten rock that become a massive threat that is only magnified when taken in tandem with everything else that seeks to separate you from your mortal coil in Spelunky 2.

Then there are the turkeys. That’s right – not only are there turkeys in Spelunky 2, but you can ride the blighters too. More than that, these feathered fiends also have a number of unique attributes too – such as being able to glide a great distance and if killed, can be cooked and restore your health. It’s the circle of life, right? Oh and there are rock dogs that you can ride too, but to be frank, you’d not want to eat them.

In the end though, the biggest new feature that Spelunky 2 brings to the table is simply how all of the above fits together in some sort of twisted, peerless theatre. With nary an action carried out by the player, the world of Spelunky 2 will simply run itself – and often to hilarious ends.

For instance, ambitiously burrowing moles can find themselves undone when they burrow out of a wall and fall onto a pit of spikes, while a furiously charging caveman could find his days come to an end when he finds himself punctuated by an arrow trap (and saving you the trouble of dealing with it in the process). There’s simply nothing quite like Spelunky 2.