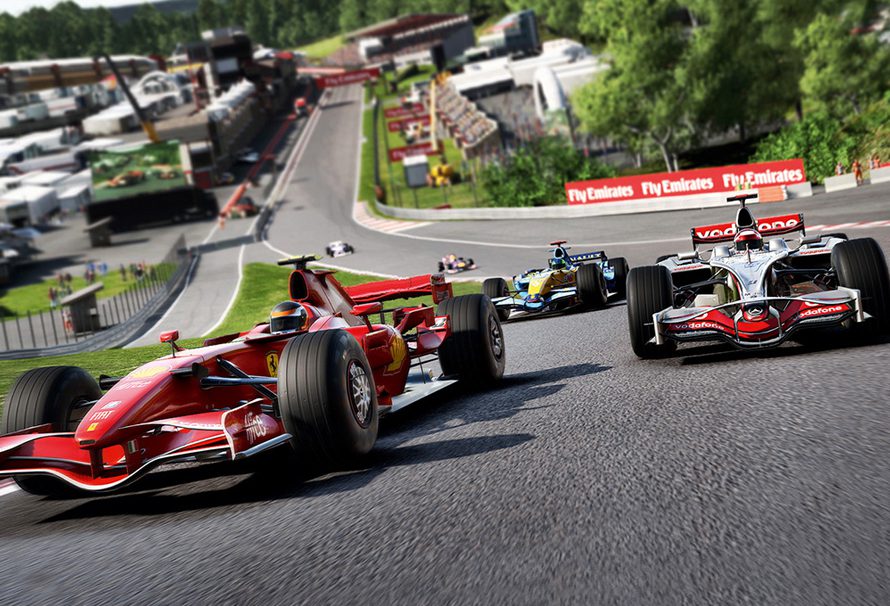 With the F1 mid-season break just about over, what better time to get back into the Formula 1 games. Yeah, it would have been nice to have F1 2017 release in time to keep us entertained during the mid-season break, but hey, you can’t rush perfection.

Like any other game that is released every year or so (for example Fifa, PES, COD, NFS, Dirt, etc), F1 2017 is definitely an improvement on the previous games, but is it enough for me to splash out another £40+ for something that I played last year? From seeing what has been improved, re-worked and added it might just be worth it.

For starters, all the cars have been re-made. As each year brings more changes to the real F1 world, all these changes have also been reflected nicely in the game. F1 2017 features updated car decals, models, new track layouts and scenery which have all have been very nicely implemented into F1 2017. Agreed, not much has changed regarding the race tracks themselves, but with new car models and handling, it does feel like a brand new game. The physics have also been redone to support the new car handling, and the annoying “Side Pod Spin” issue (where if you touch the side of an opponent this would cause your car to spin uncontrollably) that featured in previous games is nowhere to be found.

So what else does your £40 get you? Well. A very advanced career mode. This mode is so advanced that newcomers to the F1 genre will have difficulties knowing which deployment tree route to take. For example, F1 2016 had a simple grid system where you could update your tyres, engine, downforce, etc. In F1 2017, there are over 100 choices which will be overwhelming for new comers to the series. Once you get over this hurdle however, you then have the internal parts of the cars to contend with, which have a nasty habit of breaking. These include brakes, gearbox, suspension, amongst other internal components. These parts need to be fixed before the next race as if you don’t fix these, then your cars overall performance will be affected, loosing those vital tenths of a second per lap. You may also experience your engine dying mid race, leaving you completely stranded.

If You Thought F1 Was Boring, Well There Is More Under The Hood Than You’d Expect.

It has been reported that the front leading cars are a little too fast in F1 2017’s career mode, which potentially could lead to new comers having pretty boring races. According to people who have had some hands on time with the game, the likes of Mercedes, Ferrari and Red Bull are over 2 seconds quicker than the middle of the pack. This causes a wide spread of cars in long races which could bore some people due to the lack of overtaking (which is something they are trying to resolve in real life Formula 1). So if you’re faster than the back markers (cars at the back of the pack), but not fast enough to keep up with the likes of Red Bull, Mercedes and Ferrari, then expect a mediocre race.

From the footage we have seen of F1 2017 seems as though Podium animations are the same for all drivers and lack their own personality. I hope this gets updated in time for release as not all drivers are the same in F1 (for example, in real life Formula 1 Kimmi has an unexcited celebration when winning as compared to the likes of Vettal or Hamilton) and seeing Riccardo drink from a boot would be nice. The animations as they are make you loose a bit of “feeling in the game” when playing, especially when the vast majority of career mode has been updated to make you feel like you’re an actual F1 driver.

Minor disappointments aside, I can see myself playing F1 2017 again and again and again. Coming from a QA background I tend to spot things the average gamer wont (like poorly made foliage, water effects off track and some driver expressions that look like they have been taken from release candidate of Mass Effect 3), but as the game is in pre-release, I wont go into detail until the final version.

So what else is there apart from doing a career and driving 2017 F1 cars? Well, there are classic cars to play with, from the amazing 1988 McLaren MP4/4 (which you can only get from the Special Edition), otherwise the oldest car you can drive is the 1991 McLaren MP4/6 which is still a great sounding car. Players can also drive more modern cars such as the Red Bull Racing RB6. There are 12 classic cars to choose from each with their own special traits and handling which makes the new gameplay modes more exciting. New gameplay modes include challenges like Overtaking, Pursuit, Time-Attack and a Checkpoint Challenge. Great news for Trophy/Achievement hunters, but bad news for extremely repetitive tasks, though the difficulty curve should keep the average gamer entertained till they reach that milestone they just can’t get over.

Overall this game is a win on my side, yes I have touched on a few of the issues but this is a pre-release and it’s the gameplay that I care about. Mario on the SNES does not have 4k graphics but there is nothing you can do to the gameplay to make it better, its just perfection. Likewise to F1 2017, the visuals could do with improving here and there, but the thrill of the race, the roar of the old engines and the spatter of rain on your helmet while doing 100 MPH round corners are just glorious and at times you really do feel like a newly born F1 driver ready to kick Hamilton’s butt. But kids, just remember to drive safely on the roads.

Note: Next year, F1 is introducing a “Halo” device to protect driver’s heads so expect this to be the last F1 game which has open cockpits with a full view.

If anyone wants to buy me an Oculus Rift, then I will gladly make a review of this game in VR once it has been released.

You can pre-purchase F1 2017 from the Green Man Gaming store right now.

Clay is currently putting a PC into a NES, because why not! Also he is playing through Project Cars, F1 2016, DOOM and a host of old school classics. He has spent half his life working in QA for great titles like Mario & Sonic at the Olympics, Vanquish and a few Total War game. He has also done QA for a few arcade racers such as Grid, Sega Rally and Sonic & Sega All Stars Racing. He now spends his days trying to look busy in the GMG office. Follow Clay on Green Man Gaming here.

Forza Horizon 4 is next to get a battle royale mode

Why Road Rash Fans Should Be Excited For Road Redemption