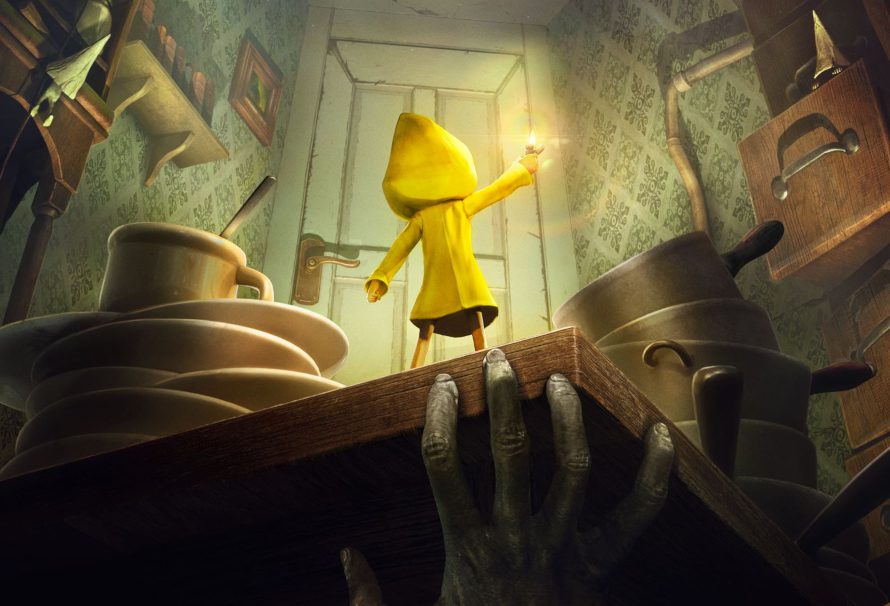 Released in 2017, Little Nightmares is the diminutive horror game that packs a not-so-small punch. You play as Six, the hooded figure in a yellow raincoat, as she escapes visions and creatures the like that only a child’s nightmare could conjure up. As Six, your task is simply to survive and escape this haunting submarine, but your avatar isn’t as innocent as she seems.

Most of your time spent as Six is in trying to avoid those that want to grab, cook and eat you. There are monsters with freakishly long arms, bulbous bodies and those that seem without skeleton at all, piling over each other to get a grab at you. Each deranged figure plays a role in the Maw’s strange setting, a dingy-underwater world that imprisons children, for purposes left to your imagination.

While this game doesn’t necessarily get you with its jump scares, the creepy undertones will certainly send a chill through you, most of all when our little protagonist gets hungry. A girl’s gotta eat, and sometimes the options are very limited. Abject horror isn’t just reserved for the monsters that roam these halls, Six indulges in her fair share too.

Since the base games initial release Little Nightmares has received a few DLCs to extend the frightening adventure further. Green Man Gaming is selling the base game alongside the game’s three DLCs (The Residence, The Hideaway and The Depths) as part of the Little Nightmares Complete Edition, which is currently in our Spring Sale.

The DLCs move you away from Six, and instead have you dodging and weaving as The Kid. Unravel more of the secrets of the dark and fascinating Maw, uncovering new areas and new monstrosities. Despite the darkness, this is a world you’ll want to spend more time in, with the dollhouse-perspective making everything feel tangible, and the monsters always a little too close for comfort.

Little Nightmares’ The Maw is a place you need to discover, and now you can all at a discounted price in our Spring Sale.