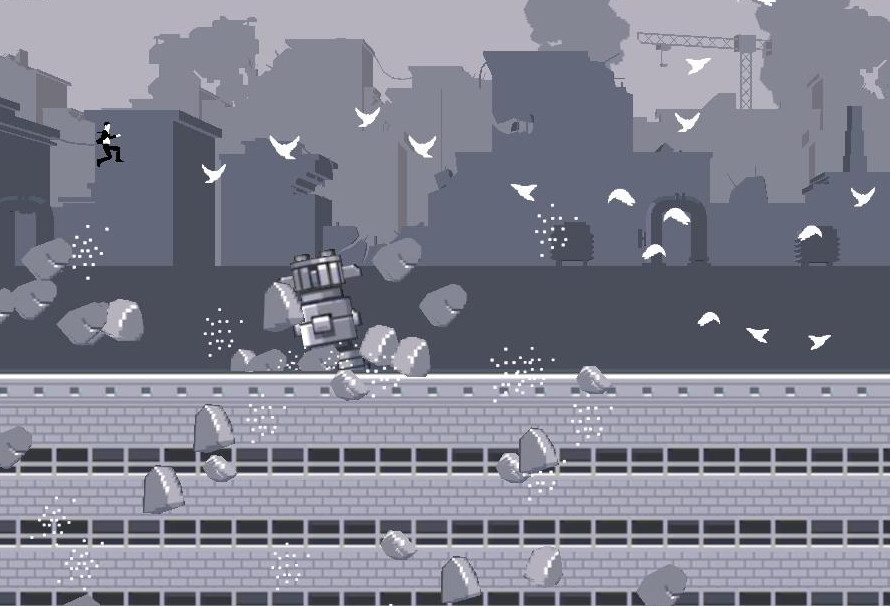 Yesterday, Adobe announced that it would be discontinuing Flash in 2020. One of the earliest means of creating animation and games to be served online the impact of Flash is considerable. While superior web and browser game technologies have emerged, let’s take a moment to reflect on a few of the titles that made Flash the king of browser gaming. Some of these games have not aged well, but at the time many a happy hour was spent exploring the halls of Kongregate and its ilk to find the next great game.

With incredible graphics (this is Flash we’re talking about) Bow Master Japan gave players the chance to test their archery skills against everything from moving targets in bamboo fields to water-born dragons. The atmosphere of the game really enhanced the sense of the weather conditions that could greatly interfere with your aim.

Before the XCOM reboot gave tactical turn-based games a glorious new chapter we had Mission In Space – Lost Colony. Taking control over 6 troopers you had to to plan your strategy to remove the alien threat from a colony. It’s not XCOM, but for those who missed out on the original game series this provided a snapshot of the highs and lows the series offered.

Such was the popularity of DTD when it released that one journalist suggested it should be banned for the enormous amount of time people were sinking into playing it. Having an open playing field it was up to the player to decide where and what towers to deploy in order to create a maze through which creeps had to travel. No fixed positions in this tower defense, here it was entirely up to you how to fend off the incoming waves.

Line Rider puts you in charge of creating a gravity-driven track for Bosh, a fearless sledder who will tear down the track no matter how perilous you make it. Tracks are created by drawing lines, and Bosh will dutifully navigate the course you have set at breakneck speed. It’s a simple concept perfectly executed and it sure to raise a smile. The version linked above does not require Flash, but rest assured about where it originated.

The second of two tower defense games in this list, Kingdom rush made the transition to Android and iOS, also finally releasing on Steam in 2016, but its roots lies on browser. What Kingdom Rush and its sequels did extraordinarily well was to tie the different tower defense levels together with a good storyline and plenty of scope for diverse tactics in order to defeat each level.

In 2004 if someone asked you what the furthest distance you’d smacked a penguin was you already had an answer. The original stage of Yeti Sport involved, unsurprisingly, a Yeti, a bat and a penguin. Hit the penguin with the bat, see how far it’d fly, then bounce, the glide. Chances are that in one area of every office there was a Yeti Sport contest underway. Simple, but completely absorbing because you know you can do better.

RUN AWAY! The game. You’re not entirely surely why you’re running, but you are. The longer you run without impediment the faster you run across the procedurally generated endless landscape of the city. Miss a jump and plunge to your death, fail to dodge a bomb and it’s game over, hit an obstacle and you slow down and really can’t let them catch you. The epitome of “one more try” for those who could not put down Flappy Bird.

Realm of the Mad God

If you’ve never played it, you’ve missed out. Realm of the Mad God is insanity in pixel form with up to 85 adventurers in one map attempting to level up, get better gear and defeat Oryx and his enormous horde of monsters. The key here is that when sufficient monsters are killed the Mad God himself is summoned and players must band together to take him down. Fast and furious RPG action that will have you coming back for more.

Sure, you can pour scorn on this now as match-3 style games have become incredibly common, not least of all thanks to the Candy Crush explosion on Facebook and mobile, but it was Bejeweled that started it all when it released in 2001 (originally called Diamond Mine). A puzzle game with a massively compelling mechanic, it has spawned countless imitators and sequels. Do you need any more explanation than that? You’ve played something similar, I guarantee it.

Web games aren’t going anywhere, but Flash (or Shockwave, as it was previously known) is largely responsible for the games you can play on your browser today. That’s our list. What have we missed?