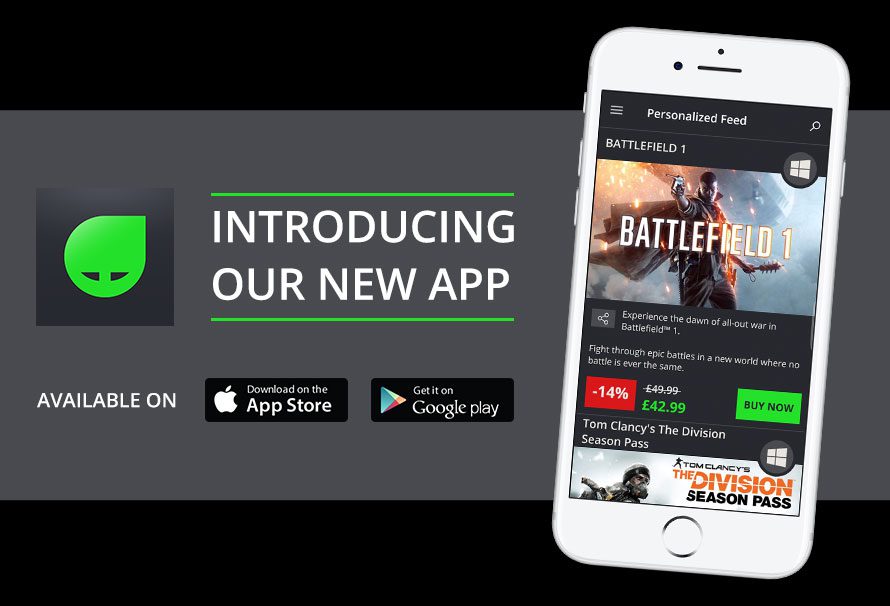 You may have noticed on both the Google Play Store and the Apple App store that we have launched our very own Mobile App! Now you can get Green Man Gaming on the go, here are the current features the app currently has.

Much like the title says, the Green Man Gaming shop you have come to love has been fully replicated on the app, you can now purchase your most anticipated games on the go.

As well as keeping up to date with all of the current game releases the app also has a handy news feed which is updated daily with the very best posts of the Green Man Gaming blog.

Possibly one of the most handy features of the app that you never knew you wanted. The infinite scroll feature means that the GMG store on the app will just keep populating as you scroll down. So if you accidentally scroll past a game just keep scrolling at it should come up again for you.

The app itself is still in early stages at the moment. We believe that this is the perfect starting point as we update the app with new features. We have some exciting plans for the app which we will keep you all updated with as soon as they go live.

The Green Man Gaming app is now free on both Google Play and the Apple app store. Go and download it now!