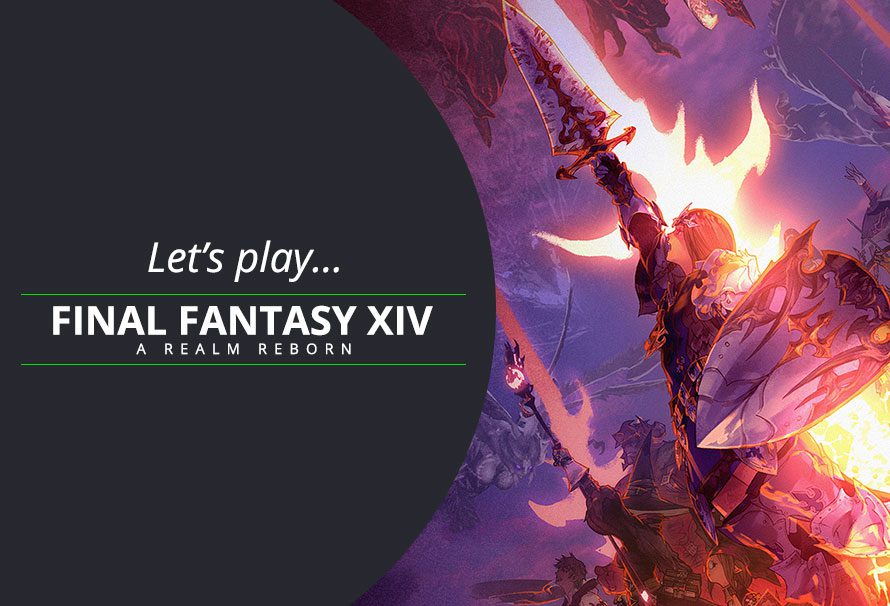 As it’s the 30th Anniversary of Final Fantasy, Alex thought it would be a great idea to live stream some Final Fantasy XIV gameplay.

If you were unable to catch the stream on our Twitch channel then you can check out the video below.

As with our past Let’s Plays we asked Alex some questions after watching the video.

Will Cornelius Spengler be making any more appearances in future lets plays?

Certainly! If I play any other games that include character creation, you can be sure that Cornelius will return. I just hope that the customisation options allow me to replicate that hair.

We saw that you joined Kale’s party in the latter half of the video. Would you recommend playing FF XIV with a friend?

This definitely seems like a great game to play together with a friend. I can imagine 2 or 3 buddies all creating characters and teaming up as an adventuring party, working together to finish quests and defeat enemies. Of course one of the great things about an MMO is that they might be friends from your normal life, or they may be new friends that you make in the game!

What is your favourite Final Fantasy and why?

My favourite is Final Fantasy VII. I loved the concept of the Shinra power company using reactors that were fuelled by “Mako energy”, which was actually the life force of the planet itself. Cities and cars and weapons powered by the energy of people’s souls! How diabolical is that? I really enjoyed the characters and stories of the other games, but I liked the setting of FFVII the most.

Do you see yourself jumping back into the land of Eorzoa again soon?

I would certainly love to continue playing soon. Now that Cornelius has completed the first quests for both the Adventurer’s Guild and the Thaumaturge’s Guild, I imagine the world will now really open up with lots of adventuring possibilities.

Have you considered a career in voice acting?

I really did enjoy voicing the characters, perhaps it is something I should consider! Here’s hoping there’s some great opportunities for voices such as “classy British guy”, “British street urchin with a surprisingly classy accent” and “merchant from Resident Evil 4”.