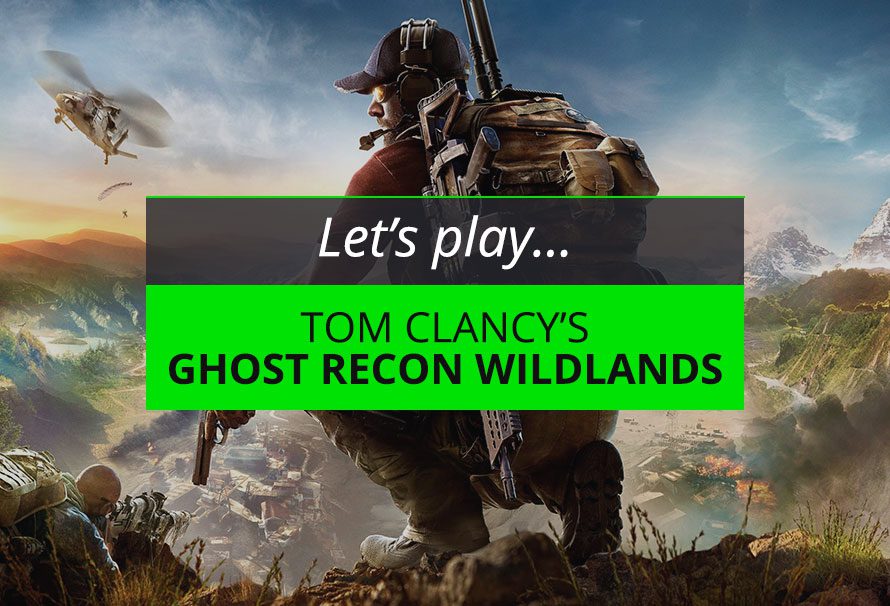 Check out our Let’s Play of Ghost Recon Wildlands. Join Alex, Olly and Milo as they try to overthrow the terrorist threat that has grasped Bolivia. You can watch the video below.

As is tradition with our Let’s Plays we asked a couple of questions afterwards.

What did you enjoy most about your Wildlands play through?

Alex: My favourite bits were Sneaking through the bushes, releasing a drone and tagging enemies, synchronising our shots… Oh wait, who am I kidding. My favourite bits were running over my teammates, driving a Lamborghini cross-country until it fell apart around us, or making a super sneaky escape from a Unidad base by noisily stealing their helicopter and immediately crashing it a few metres away.

Olly: My favourite part was sneaking into the UNIDAD base. After getting scolded by Sergeant Milo AKA Dad for sniping a sniper, we decided to go non-lethal which made things harder, but more intense and rewarding. Knocking out the soldier who was about to spot Milo just in time, and evac-ing by boat just before sunrise was fulfilling that special forces experience.

Milo: I enjoyed the difficulty and the tactical/planning element. If you mess something up, a mission can quickly get away from you and it’#s like an exciting race to try and recover before you fail the mission. It’s all so much better because of the co-op
Do you think Open worlds work well for the Tom Clancy Franchise?

Alex: The stealth mechanics are all there, and if you are playing single player or with sensible teammates it can deliver that sneaky operative Tom Clancy experience, in which case the Open World simply provides more choice in terms of which missions to do and how to approach them. However the Open World can also encourage people to treat it more like GTA or Red Faction Guerilla and just go around causing random mayhem, which feels a little odd for a Tom Clancy game.

Olly:  I think in some ways the more linear mission structure of previous titles make it easier to be more tactical. You have to really think and concentrate in a sandbox to make sure you’re not inadvertently cocking up.

Milo: I think it does work as an open world. There is certainly some repetition between the different types of mission but if it has some craziness that makes that okay. For me, it’s basically everything that I wanted The Division to be, I think they learned a lot from that.

How did you find working as a team?

Alex: We worked together like a well-oiled machine. If that machine were a combine harvester in a china shop. Or a flamethrower in a fireworks factory.

Olly: Working as a team was fun, if it was at all possible I’d take it one step further and have a designated ‘captain’ who calls the shots, to stop the temptation to wonder off and do your own thing

Milo: Like in any game, it made me hate my team. I think I might be a multiplayer game tyrant.

After playing Wildlands, are you planning a holiday to Bolivia any time soon?

Alex: Well the game’s story is pure fiction (Bolivia hasn’t actually been taken over by a drug cartel), so I’m pretty sure it’s not as dangerous a holiday destination as Wildlands would imply. I found the environments in the game to be very picturesque, I think Bolivia would actually be a beautiful country to visit.

Olly: Yes I shall definitely choose war-torn Bolivia as my virtual holiday next year

Milo: Only if there is as much cocaine as promised.

Get all the latest information on Ghost Recon Wildlands on our hub. You can also the purchase the game from the Green Man Gaming store here.