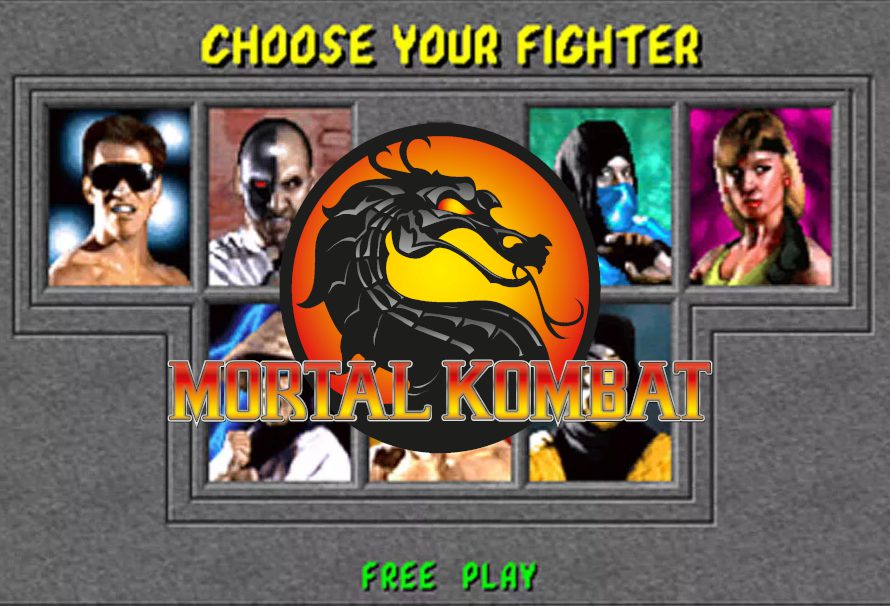 Fighting games first gained popularity in the late 80’s and early 90’s as arcades began to attract larger and larger crowds of young people. The format was perfect, two players challenging each other for bragging rights, you could play with friends, with a stranger who wants to challenge you, or hone your skills against the progressively difficult AI. But with this format developers took an approach to create fun cartoony visuals to be suitable for and attract young audiences to their game cabinets. Then Mortal Kombat happened…

Originally penned as a movie tie in with Bloodsport, Midway began work on their first fighting game in 1991, though it was the subsequent success of Street Fighter 2 that convinced the studio to put more resources into the project. The original concept was to create a Jean Claude Van Damme fighting game that had a more gritty, edgy feel, much like Van Dammes films at the time, the only remnants of this left in the game is the character Johnny Cage who was created as a spoof of the original Van Damme concept.

The goal quickly became to create a title that was as far away as possible from Street Fighter, and it’s cartoony approach, as possible. Instead the focus on the games gore and violence became a huge talking point upon its release, Capcom even comparing it’s SF to MK asking a reporter if he preferred the “precision and depth” of Street Fighter or the “gore and comedy” of Mortal Kombat.

With the birth of the console however, Midway had an opportunity to push the boundaries as they switched to fully animated 3d graphics as opposed to the digitised sprites that were used over and over for different characters with a simple colour palette change and new moves. The new graphical power allowed them to create more visceral finishing moves with fully realised characters, the growing popularity of the console however allowed them to push their visual style with less worry of angry parents complaining about having such violent video games on display where their kids are.

In fact Mortal Kombat indirectly contributed to the creation of the first Video Games ratings board the ESRB in 1994. Being no stranger to public controversies at this point, Mortal Kombat was one of the first games to be used in court as evidence of video games becoming too violent back in 1993. Many in the industry at this time believing that Midway broke a sort of unspoken taboo about what was ok to put in video games.

Today the series continues as one of the most celebrated games in the fighting genre. With an active e-sports scene and dedicated following of gamers, Warner Brothers have kept pushing the sheer brutality offered up since taking over the franchise in 2009. It is now seen as the definitive mature fighting experience alternative to the still cartoony Street Fighter, Tekken and Super smash bros titles.