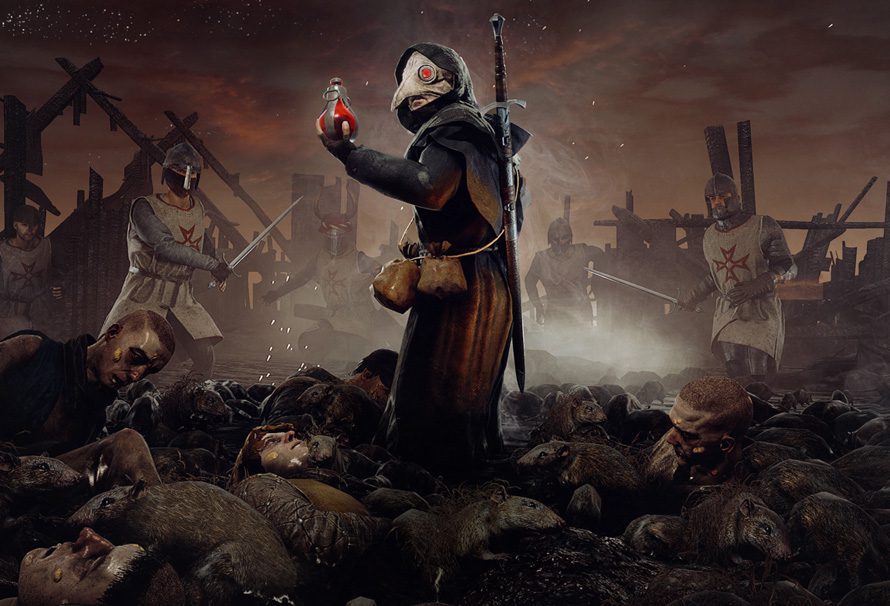 A catastrophic plague has left a trail of destruction across 14th century Europe. Survivors confront sickness and scarce resources in a land rife with banditry. Attempt to find a cure, acquire power, learn skills and adapt to survive.

Those lucky enough to survive have come to call it ‘The Black Death’.

Developed by Small Impact Games, The Black Death is currently in Early Access. The Pestilence update is by far the biggest update the game has ever received, enhancing the gameplay, upgrading every graphical element and adding a whole slew of new features. Whether you are a first time or returning player, there has never been a better time to discover this Early Access gem.

The Pestilence update brings the following great new features to The Black Death:

These new features focus the gameplay 100% onto the Black Death plague and the impact it had on 14th century medieval Europe.

Estimates differ, but most historians believe that the Black Death killed half the population of Europe. The Black Death had a huge influence on the way people thought about life. Some lived wild, immoral lives, others fell into deep despair, whilst many chose to accept their fate. The question is… how will you live your life?

Players start their journey as a plague doctor searching for a cure in a land inspired by 14th Century Europe, and are able to take on all new quests from local villagers to help find a cure to the plague. Adapting your play style has been dramatically changed, allowing players to pick skills from a variety of different professions, like Cook, Blacksmith, Huntsman and more, at any time.

“This update for The Black Death brings new and exciting opportunities for players to interact with the world of Mercia. By introducing new key features, like the quest system, it will be even easier for players to gain access to farming, house customization, and professions within the game,” says Mitch Small, Founder of Small Impact Games.

Check out the latest trailer:

Grab a copy of The Black Death at 33% off all week from Green Man Gaming.