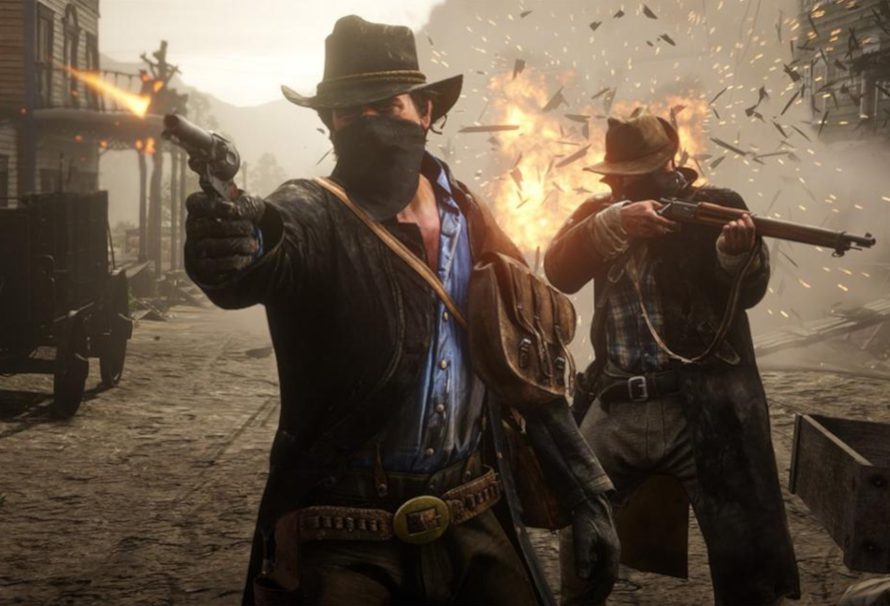 Stop the presses! Rockstar’s immaculate cowboy odyssey Red Dead Redemption 2 is finally coming to PC. On November 5th, you’ll be able to download it and play as Arthur Morgan, exploring a peerless open world full of activities, wildlife, and vicious outlaws ready to blast your brains out over a stick of salami. In the wake of such an earthquake of an announcement, we thought we’d point out the ways in which a PC port will further tap the potential of Red Dead Redemption 2.

As the Frontier Pursuits update has rolled out onto the console versions of Red Dead Online, the brave new online mode seems to have found its feet after months of teething. By adding some sticky roles, players are looking past the griefing and actually taking the time to delve into the awe-inspiring open world. By opening the game up to the PC market, hopefully, players will take to it much as they did with GTA Online, turning the multiplayer mode into a gigantic phenomenon. If you consider how well supported GTA Online is, with potent updates like the Casino coming some four years after its release, you can only dream about what Rockstar will weave up within a more thematic and widespread open world. Roleplay servers and roles are merely the tip of the iceberg.

Despite Red Dead Redemption 2’s stunning visuals on console — especially when enhanced by the 4K capabilities of the PS4 Pro and Xbox One X — the shift to the PC platform will be loved by many, especially those who’ve played GTA V and enjoyed the upgrade that the already beautiful game received. With Red Dead Redemption 2 though, the graphical potential on PC will provide an entirely different experience. Where skyscrapers loomed, impeccable vistas of lush, verdant forests and arctic mountains will prevail.

The shift in focus onto interactions with each individual NPC will no doubt develop the already-immense detail baked into their faces, abodes and animations. Despite the fact that they use the same RAGE engine, It’s also worth considering that GTA V’s PC port landed in 2015, two years after it’s initial release. Four years of graphical improvements across the current console generation, and merely a year and two months after the console release of Red Dead 2, we have a PC version to look forward to. If you’re a PC-only gamer looking to really test the potential of your rig, this is certainly going to be the visual benchmark of 2019. It’s an unbelievable graphical achievement with detail in every nook, and playing it on PC will no doubt be the ultimate way to experience this Old West story.

Fans can expect this much and more when the game lands on PC November 5th and Stadia on its launch later in the month. As well as extra bounty hunting missions, weapons and the addition of gang hideouts from Online, their tantalising tease of “graphical and technical enhancements for increased immersion,” is a sign of what’s to come once it lands on the platform notorious for unlocking and upgrading the potential of AAA open-world games.

So are you planning to strap on your cowboy boots for the PC release? Let us know your thoughts in the comments below and head over to the Green Man Gaming Community Site to see what others have to say.