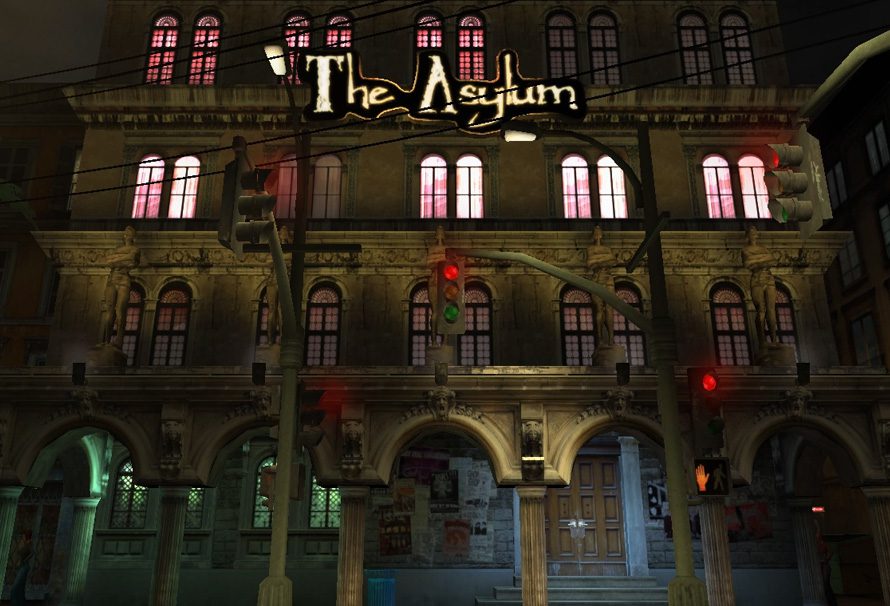 I will never forget the first time I set foot in Asylum. Walls that spoke of broken hearts and a goth-crowded dance floor introduced me to Santa Monica’s main nightclub. But Jeanette took this emerging atmosphere to a whole new level. Looking almost as a Harley Quinn living cosplay after being in too many parties, she set the ground for Vampire: The Masquerade – Bloodlines and the experience to come.

Her facial expressions, the movement and grace whenever she spoke, the never ending music in the background. “These broken walls trap me inside / I’m isolated” the lyrics said, offering clues about the character in front of us: a Malkavian, vampires that are cursed with insanity. And her club was only one of the small worlds in the game, awaiting to be explored by the new Kindred in town.

It’s been 14 years since Troika Games and Activision released their take on the tabletop role-playing game Vampire: The Masquerade. Cursed by a rushed development and being forced to use Half Life’s Source engine in its early days, Bloodlines was a mess in terms of performance and bugs, which to date are still being fixed with an unofficial community patch. And while we could argue about the decisions behind the combat, both the atmosphere and the characters we found throughout the story set a guideline that only a handful of games were able to reach in the following years.

Both Jeanette and her sister Therese use Asylum as a base of operations to become the queens of Santa Monica in terms of influence. And then you meet the Anarchs, a group of vampires that give a giant middle finger to the elders at the top, ignoring their power and opposing to their rules. Rotten furniture, hard rock music and a Call of Duty pinball machine can be found in The Last Round, a bar in Downtown LA that they like to call a safe haven, where they can engage in freedom of speech without the Camarilla getting in the way. “Crawl with the heretic / And the world outside gets a little bit stranger”, the lyrics imply in our visits.

Vampire: The Masquerade – Bloodlines is filled with moments like these. Going back to the game many years later makes me feel like I’m revisiting places and reuniting with acquaintances in a same familiar way, even if my character is setting foot for the first time.

Original quests, detailed characters or hand crafted environments become pointless if there isn’t an atmosphere achieved by the mix of the right elements. While modern RPGs have exceeded some of these individually, they could never match the sense of stepping into a world trapped between four walls, with a distinct feeling that never fades away.

Losing myself to dance in Asylum, trying to earn the Anarchs’ respect as the new youngling by debating and getting my hands dirty, or standing near a fire in Santa Monica’s beach listening to Lacuna Coil from a radio made for a unique experience.

It’s unsure to speculate about the future of the franchise now that Paradox and Obsidian, makers of Fallout: New Vegas and Pillars of Eternity, own the IP. But if they manage to maintain what made Vampire: The Masquerade – Bloodlines so special in the upcoming entry of the series, we could be facing a new standard for the RPG genre, and the modern experience that Troika Games had already envisioned back in 2004.