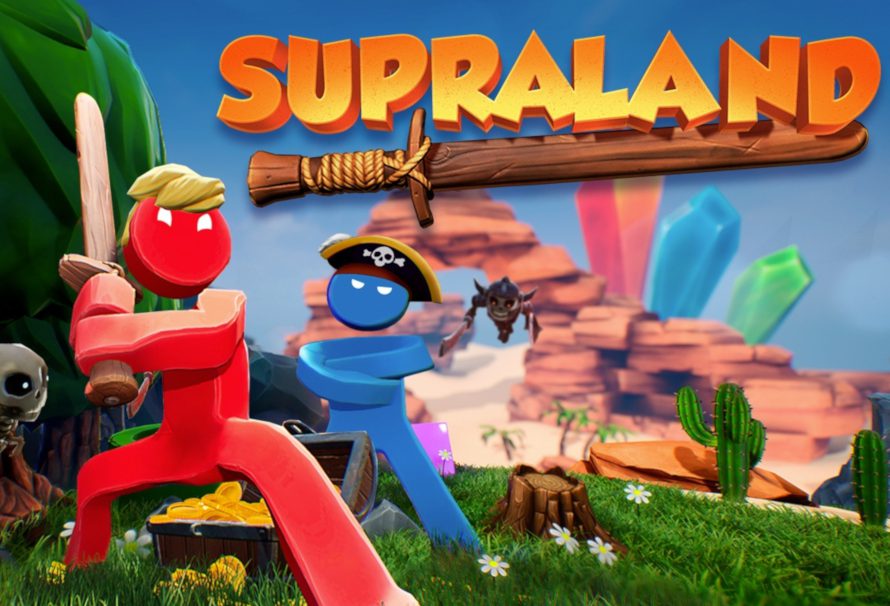 It’s alright. We get it. Sometimes really great games pass you by. We can’t all stay constantly up to date and to be fair, Supraland is an indie game that came pretty much out of nowhere. One day it didn’t exist, and the next it did. Usually, that’s not an encouraging sign of quality, but this one is a rare exception to that rule.

This first-person Metroidvania puzzle game casts you as a red stick cut-out in a very large open-world. Players are given a simple narrative goal that connects each environment, but largely this is just one big playground to explore. The only restriction comes in the usual Metroidvania style, wherein some sections of the map are impassable until you’ve acquired a certain skill.

You get new skills via hoovering up all the gold coins littered throughout the map, and dashing back to your original town to buy them off the vendor. Sound tedious? Well, it isn’t when you learn that connecting each environment is a massive bouncy thing that propels you back to the starting map. Super fun. Portal for stick people.

Navigating each map is all about finding hidden treasures and using your skills to solve increasingly elaborate puzzles. Cycle through your abilities to crack the many creative ways you can solve each puzzle and you’ll find time flying by in a fascinating haze.

Is there any combat?

There’s a little bit of combat to keep you occupied between puzzles but this boils down to little more than hacking and slashing. The combat style does encourage quick movement, however, so enemies aren’t going to slow you down. If anything they’ll keep you moving fast.

Since its release in April, Supraland has been the talk of many an indie-loving player. Basically, it’s just a whole lot of fun. You can visit the games official website, or find it on the Green Man Gaming store.