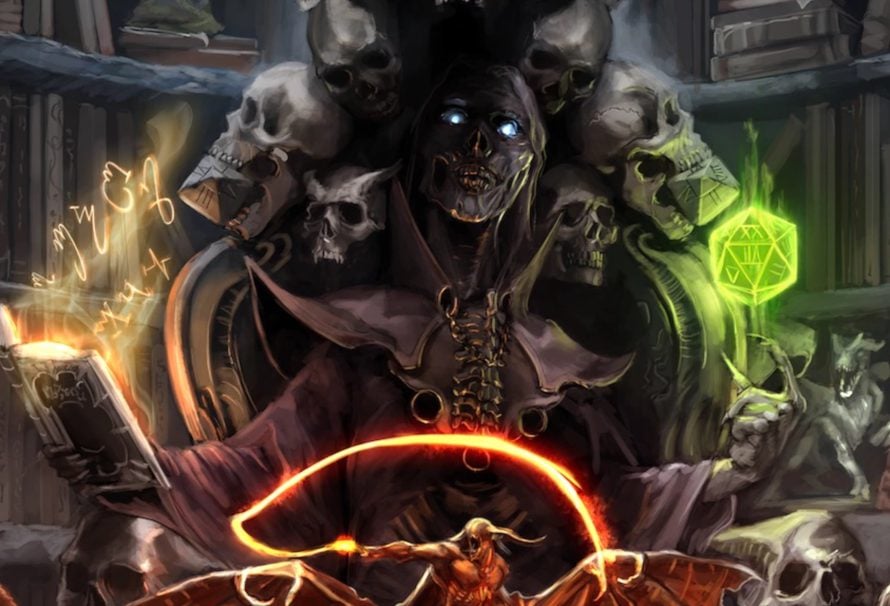 Arguably, the most important role in any pen and paper roleplaying game is the Game Master; or whatever your game calls it.

I’ve always found being a Game Master to be quite challenging, a real brain struggle, but, in the end, its self-rewarding and is worth every bit of effort you have put into it. You end up having a great time, and your players leave feeling fulfilled and engaged.

In this article, we are going to talk about some of the basic truths to becoming a game master, and how to build an engaging dungeon.

To become a great Game Master, you won’t need to have all of the answers, but you will, however, need to know the roll. What this means is, you will need to know the system you are using. The core mechanics, the limitations of the system, the capabilities of the characters, and how to resolve conflicts within the game.

I cannot stress this enough, you should really read the entirety of the Game Master’s Guide for the system you plan on running and at least have a decent understanding of the chapters and their contents in the player’s handbook.

Many would argue that a  great Game Master shouldn’t need rules to make an engaging story, the importance to many is the roleplaying experience, not the dice-rolling. Let’s agree to disagree, there is a level of expectation that the gamemaster should know how to operate within the bounds of the game and be well versed in the mechanics.

Gary Gygax, the co-creator of the original Dungeons and Dragons game from the 1960s had this to say to Game Masters:

“You are not entering this world in the usual manner, for you are setting forth to be a Dungeon Master. Certainly, there are stout fighters, mighty magic-users, wily thieves, and courageous clerics who will make their mark in the magical lands of D&D adventure. You, however, are above even the greatest of these, for as DM you are to become the Shaper of the Cosmos. It is you who will give form and content to all the universe. You will breathe life into the stillness, giving meaning and purpose to all the actions which are to follow.”

The foundations of dungeons

I digress from the topic, this article is for those wanting to learn how to develop a great roleplaying campaign using basic concepts! The basics start with knowing how to make a Dungeon. I give advice and bounce ideas off my fellow Game Masters all the time, and more often than not, I find them overlooking dungeons or completely avoiding them altogether.

Writing a dungeon can be intimidating, but it doesn’t have to be. If an aspiring Game Master were to learn these 5 Pillars of Dungeoneering first, it would instantly upgrade their capabilities as a storyteller. These steps, as I’ve described below, can be applied to almost every part of the campaign setup, not just to Dungeon Making.

The first rule of game mastering is anything goes and there is no shame in borrowing inspiration. Reading Fantasy novella or watching television can be a great way to inspire campaign ideas, or find characters to rewrite into NPC’s. Seriously, I read books all the time just to get new ideas, plot hooks, cheeky encounters for my sessions!

Borrowing source materials is totally fine! Don’t let anyone discourage you otherwise. I have been doing it for years, and most players have no idea!

Get as much prep work done as you can before your game session, the more prepared you are the less your campaign will feel stalled out or dull. Stalls are bad, M’kay?

Unfortunately for us Game Masters though, players are completely unpredictable and at any moment may skip your entire, carefully detailed, campaign arc to bugger off and ruin someone’s cabbage fields or something only they could come up with. It happens all the time, it’s okay, just recycle the content and use it for another time.

Before getting started, It’s important to note that many, if not all, published adventures or dungeon-crawl centric modules are designed to be explored throughout multiple sessions. These are great, and I fully support making your dungeon at this scale, and someday you will, first, you must learn the core concepts in which make these modules so entertaining.

Generally, when I am teaching someone how to make a dungeon I begin with explaining the Five Room Dungeon or the Five Pillars. For the most part, the concept is really easy to understand. These dungeons are designed to be played in a single campaign session and as you may have surmised, are only 5 rooms or are based on the concepts described below.

Pillar One: The Entrance, Guardian or Obstacle.

The player characters must find or battle their way, through, or around an obstacle to find entry to the dungeon itself. Get creative here, there are many ways to make this part engaging.

TIP: Have written copies of your players characters attributes and abilities. Play against their strengths and their weaknesses! It should be a challenge, but it should not take up the majority of a session.

After players defeat the first room or pillar obstacle, be it from, fighting, sneaking or silver tuning their way through. Game Masters should introduce them to a challenge of wits, allowing for a more inclusive party experience.

This is my favorite room, I’m a player’s worst nightmare and I enjoy it. Whether it’s a spring trap, pitfall or some other horrendous contraption, something must happen to catch the player characters off-guard or otherwise makes them re-evaluate their strategy.

There are some great guides out there for creating elaborate traps, watch out for our updates on this series as we will be covering traps in the future!

Imagine this as the final efforts of the player characters, they enter to slay the final boss, work to free the wrongly prosecuted, overcome an emotional hurdle.

TIP: This is where it happens, the end game. The one-all be-all moment. The big kahuna. Let the players feel the effort you put into building this dungeon, give them hell and in a fight for their lives!

This can be the hook, line, and sinker for another campaign session or as a segway between long gaps in sessions. Build up the tension, or let the players have their reward, it’s up to you.

Well, those are the basics to the Five Room Dungeon or the Five Pillars to any dungeon. If you want to make the dungeon longer or last more than a single session, add additional trap rooms, puzzles, and challenges, or extend the rooms between with awesome roleplay content! The options are endless!

What new and exciting dungeons will you create using the Five Pillars of Dungeoneering? Join us on the Green Man Gaming Community pages and share your ideas with all our aspiring Game Masters.