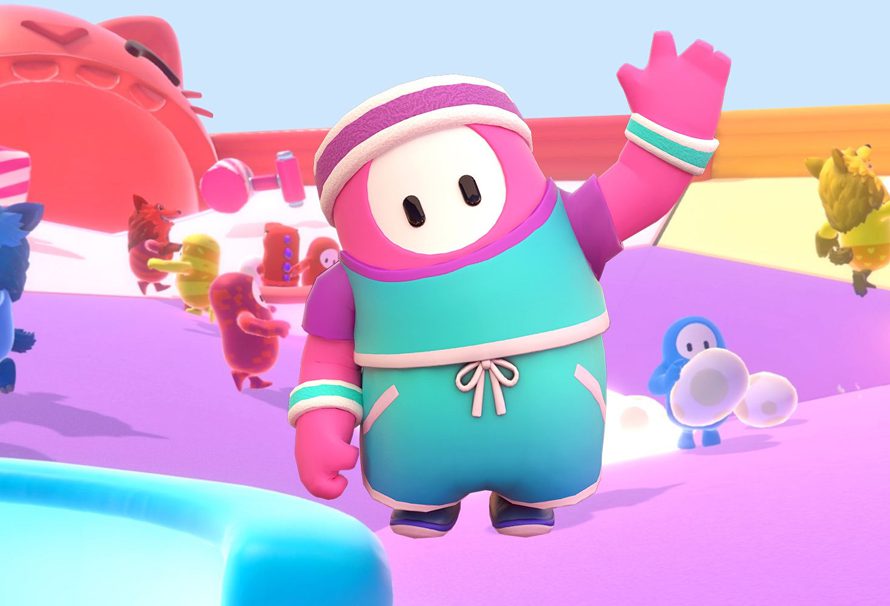 Over the past few years, no genre has been talked about as much as the battle royale. Inspired by the likes of Takeshi’s Castle and Total Wipeout, Mediatonic has now entered the conversation with its chaotic multiplayer party title Fall Guys, which pits 60 contestants against one another across a variety of mini-games to determine the overall winner.

It’s new, it’s colourful and it’s hugely refreshing during these dark times we call 2020. So much so, that it has taken the internet and gaming world by storm, as players compete day and night to earn those sweet, yet elusive Crowns. Along with this, there has been huge debate as to what of the 24-original mini-games actually is considered top-tier. So, that’s exactly what we’re here to do. These are the top 10 mini-games ranked in Fall Guys. Just don’t expect any tail games.

Fall Ball is basically Rocket League without the cars. Two large footballs are dropped onto the field, leaving opposing groups to wrestle with one another to see which team can score the most goals. Out of all the team games in Fall Guys, it’s one that actually requires skill over luck.

Someone may play defensively, another may lay low on the halfway line, while others may wait upfront ready to strike. There’s lot of different tactics and it’s genuinely a lot of fun. The only thing that’s missing is commentary from Martin Tyler.

Let’s be honest: races make up the bulk of the best levels in Fall Guys. There’s just something fantastic about taking on these colourful, creative obstacles in a skill-based challenge to see who crosses the finish line first.

Hit Parade is all about that, starting with two sets of balance beams before moving on through spinning gates and swinging balls. It then ends with players ascending a slippery staircase, as more obstacles move back and forth in an attempt to knock you down. It’s simple but that doesn’t stop it from being entertaining.

Ever been in a food fight? Fruit Chute is like that except you can’t throw anything back, all the food is giant and you are a little gangly guy running on a treadmill trying not to get pushed back into the abyss. Okay, not that close but Fruit Chute is still a great time. Normally found as a semi-final level, Fruit Chute is short, sweet, and one of your five a day… we think.

One for Kylie Minogue and those who love teapot rides at fairgrounds. Dizzy heights is a hectic race that has dozens of spinning platforms scattered throughout, requiring users to keep their heads straight and time their jumps to perfection.

With a hidden underside for those that fail to make some of the later jumps, Dizzy Heights always means your in with a chance whether or not you can see straight.

Door Dash has our collective group of lovable Fall Guys charging through doors that may or not fall down. Taking the most direct influence from Takeshi’s Castle’s ‘Knock Knock’, how you approach Door Dash can be a major part of how you fare. Is it better to go first and hope to choose wisely? Or follow up in second or third in hope that you can quickly pivot? Or even stay near the back so your path is always clear? The decision is yours, and always keeps the game hugely interesting.

More rotating obstacles. Although, this time it’s spinning fans and rotating beams that are here to stop you from progressing. This is the Whirlygig, where platforming and timing is key to qualifying.

The size of the level is ideal for the number of contestants. There’s even the threat of the rotating beams or spinning blades propelling you back from first or vice versa, all making for a thrilling encounter.

A 10 by 10 set of tiles is all that sits between you and the final. Sounds simple, right? Well in Tip Toe there’s only one right path to the finish line, with the rest disappearing and the player restarting all over again failing.

It’s about risk versus reward. Take a chance early on and you can find success, where as doing the same late on may end in elimination. All of this contributes to an exciting and tense game that is super satisfying to complete.

The brilliance of Slime Climb is that is appears relatively early on; meaning there will be anywhere between 30 to 40 Fall Guys stampeding around every corner, letting carnage ensue. It’s undoubtedly the marmite of the game, only allowing for the best of the best to succeed.

A final race to rule them all. Fall Mountain is where the stuff of legends is made. It may seem simple enough on first glance, featuring spinning platforms, giant rolling balls, and a floating Crown positioned at the end, yet there are several varying techniques and routes at hand.

It’s tense, hectic, and most importantly, to take home that dazzling gold headwear you need to achieve a near-flawless run. Don’t forget to grab the Crown either! Too many hearts have been broken already.

It’s hard to not look at Hex-A-Gone as the true winner of Fall Guys. It’s nothing like anything else in the game, requiring precision platforming, long-term thinking, and crucial decisiveness when faced with imminent danger. Hex-A-Gone is one of the potential last rounds, which places the finalists on top of multiple layers of hexagons that disappear when touched – all above a sea of slime. There have already been numerous threads and videos dedicated to figuring out the best tactics to succeed in mini-game. Still, there’s no clear certain way to victory, making every match of Hex-A-Gon completely different and cementing it as the crown jewel of Fall Guys.