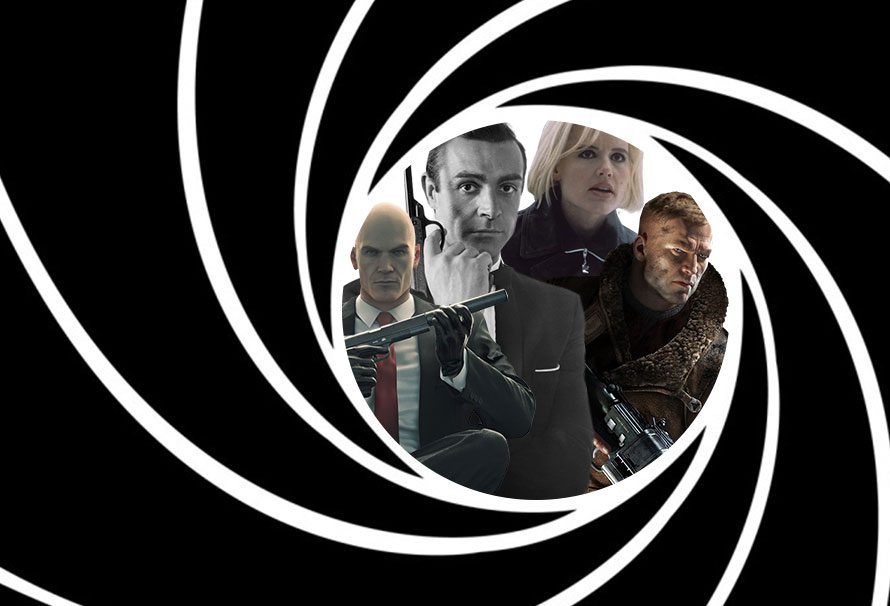 Sniper Elite 4’s a game about sneaking about, doing a murder, and saving the day. Just like (most) secret agents do! So we had a thought, we all love secret agents in film and videogames, but which one is the best one?

The only answer can be provided in the most un-secret of places: TWITTER!

We asked you which secret agents to include in our Secret Agent Twitter Mega Battle Of Death, and here’s the ones you chose!

This little known secret agent has actually appeared in several films, such as Die Another Day, A View To A Kill, and On Her Majesty’s Secret Service. He’s even been in some videogames, like Everything Or Nothing and 007 Racing. His low profile didn’t stop you choosing him though, showing that the Green Man Gaming community has exceptional spy knowledge and a Golden Eye for secret agents! Amongst secret agent aficionados, he’s best known for his smooth moves with the ladies, and his love of gadgets. Check out one of his films! You might be surprised how much you like them.

B.J. Blazkowicz, or to give him his full name, Blames James Blazkowicz, is a guns-akimbo, Nazi-blasting, coffee-serving beast of a man who’s appeared in many Wolfenstein games, and blasted Nazis in all of them. In The New Order he widened his repertoire by introducing a little sneaking into his routine, fully moving him into secret agent territory. If you have a problem with that, take it up with him and his two shotguns (hint: do not take it up with him). He’s smashed so many Nazi regimes in his time that you have to wonder why they keep coming back for more. Nazis, they never learn.

The secret agent that’s so secret she herself doesn’t know that she’s a secret agent. A proto-Jason Bourne and main character of the film The Long Kiss Goodnight, she begins the films as an unassuming schoolteacher, but after a car crash and realisation that she has knife skills she cannot explain, she goes on an adventure to find out just who she was before her amnesia. She discovers that she’s Charly Baltimore, an expert CIA assassin. This is one dangerous woman, in one scene she destroys someone’s spinal column with a boot to the head, so don’t be chatting back to her when you’re in her class!

The results were predictable but almost close! Agent 47 gave James Bond a run for his money, and almost took the throne of Greatest Secret Agent of all time, but in the end James Bond smoothed by and left everyone else for dust. Here’s the results: 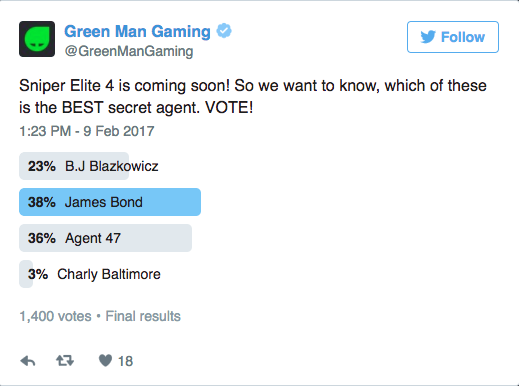 What have we learned from this? Don’t go up against James Bond in a popularity poll, and more of you need to watch The Long Kiss Goodnight!