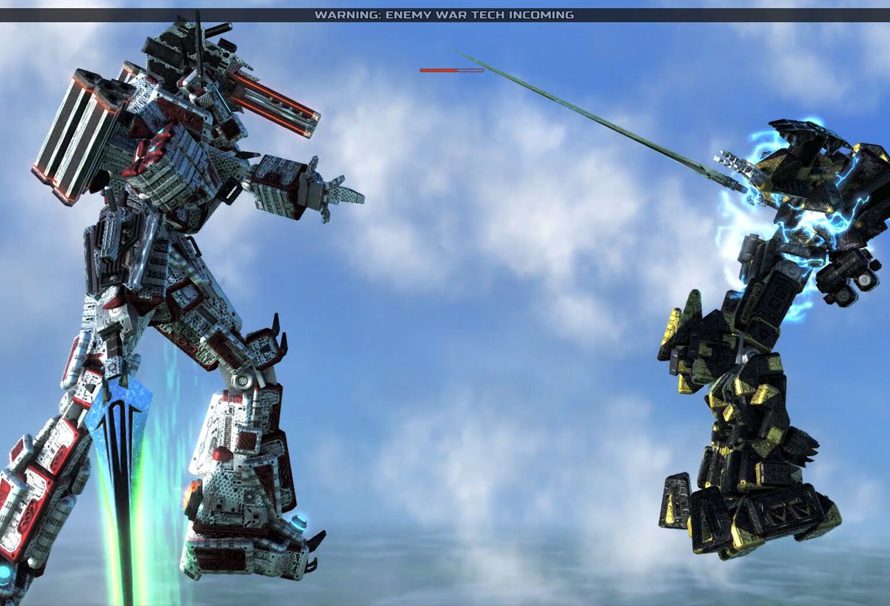 War Tech Fighters has now released on Early Access. So if you want to get you hands on some epic Mech action then this is the game for you, grab the game from Green Man Gaming.

Pilot your mecha and fully customize its appearance and loadout in some of the most over the top action this side of the galaxy, in what could be described as the love child of Michael Bay and Evangelion. You’ll lead the assault on Zatros with fists of iron and lazer sword in hand as you pilot your fully equipped, spaceship shredding War Tech, built to fight for the rebel colonies of Hebos and Ares and reclaim your homeland.

“War Tech Fighters was born of a pure and deep love of giant, violent robots. We created the game that we desperately wanted to play,” said Manlio Greco, Lead Developer at Drakkar Dev, “War Tech Fighters offers fans of the mecha genre the glorious, high-octane space wars they love, but the sheer range of ways to use your War Tech is something they won’t have experienced before.”

“War Tech Fighters is pure unadulterated fun and we know it’s going to create quite the stir in the Steam community. Drakkar Dev have delivered something truly remarkable that’s unlike anything we’ve published before and we can’t wait to see its evolution in Early Access,” said Gary Rowe, EVP of Publishing at Green Man Gaming.