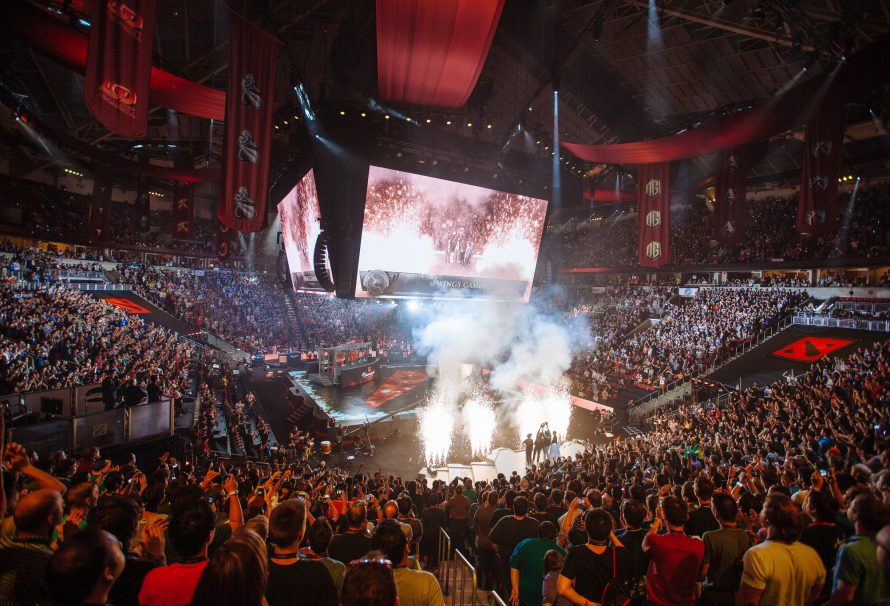 Another busy weekend of esports action has drawn to a close, with no shortage of storylines. The second Dota 2 minor is now done and dusted, with the PGL Open Bucharest providing a somewhat surprise winner as Mineski emerged victorious and put themselves in pole position for The International 8. Admittedly, it’s extremely early to be touting anyone for a slot at Valve’s most prestigious Dota 2 tournament but they’ve made a convincing start given the two events they’ve attended.

The new-look roster follows the recent Dota trend of mixing tried and proven veterans with up and coming talent to devastating effect. Malaysian legend Chai Yee “Mushi” Fung is reunited with fan-favourite Singaporean Daryl “iceiceice” Xiang and the roster is rounded off with Kam “NaNa” Boon Seng, Anucha “Jabz” Jirawong and Michael “ninjaboogie” Ross Jr. The eclectic mix of SEA players came up big on the weekend, with exceptional support play from Jabz and ninjaboogie key to the team’s success.

Mineski showed innovation in the drafting process, moving away from the traditional “offlane initiator” towards three scaling cores across the map. With offlaner iceiceice playing Monkey King in game one of the final and Broodmother in game two, both heroes scaled excellently whilst extra onus was placed on Jabz’ Earth Spirit to find pick-offs and dictate the pace of the game. He did so superbly, too. Sadly it was not the competitive final fans were longing for, with Mineski triumphing in the first in 34 minutes and taking the second in just over half an hour.

Away from Mineski proving a surprise package throughout the tournament, there was more disappointment for fans of Team Secret and Natus Vincere, whilst Evil Genius hardly left a memorable mark upon their return to the fray after TI. Secret were beaten twice by the new Immortals Dota 2 roster in fairly convincing fashion, picking up just one of the five maps that they played. Immortals were a welcome surprise for many, however. The all South Korean team who are competing in North America showed their vintage hyper-aggressive playstyle and for many it was simply too hot to handle. As has been their previous achilles heel, however, more organised teams drafted around them and simply out executed their somewhat easy to read strategy. There’s definitely reasons to be optimistic for Immortals fans, though. That’s just two of the whopping 22 confirmed Dota tournaments played for this year’s new Pro Circuit and the Dota is already looking at a standard as high, if not higher than ever previously witnessed.

The name SK Telecom T1 is synonymous with success in League of Legends. The formidable Korean team’s mid-laner Lee “Faker” Sang-hyeok is a three time world champion and even at the age of 21, considered the greatest of all time in Riot Games’ smash hit MOBA title. No Western team has come close to conquering the South Korean giants in a series at the World Championship thus far and it’s safe to say that no one expected a fledgling Misfits squad to get close.

Misfits were a team that even surprised many by making it out to China to compete at the World Championships just nine months after their EU LCS debut. The squad, housing two UK born players, showed their steel and that they weren’t just there to make up the numbers. Despite dropping a close first game, Misfits came back strongly and dominated the second and third maps impeccably out-executing the best team in League of Legends history. Alas, if there’s one team never to bet against even when seemingly down and out it’s SKT. The Koreans came back and crushed the dreams of Barney “Alphari” Morris and co, on the young Welshman’s birthday (of all days!) to make yet another semi-final.

Really grateful to the Chinese fans cheering us on after our defeat; even though we lost my birthday has been great

It’s going to be a familiar sight come the last four, with the West having no representation across the draw. After a miracle run to the Quarter Finals, Fnatic were powerless to prevent a strong Royal Never Give Up team taking their series by three games to one, whilst Cloud9 threw away a promising 2-1 series lead to fold to Team WE 3-2. Whereas the League of Legends meta is, generally speaking, rigid when compared to other MOBAs, there have been some interesting picks and some surprising statistics have emerged, too. Tristana had a 38.5% win rate in the Group Stage of Worlds to a staggering 92.3% win rate during the quarter-final stages and Cloud9’s ADC Zachary “Sneaky” Scuderi smashed a previous World’s record, recording 1,781 damage per minute on Caitlyn.

As the hopes and dreams of the West are yet again dashed at the quarter-final stage, there’s still some epic League of Legends to look forward to. Although some have suggested viewership will drop, with the talent of Faker and co still on display, the League crowd will rightly still be glued to their screens to see if the legendary mid-laner can make it a fourth world championship. It would take a brave man to say otherwise.