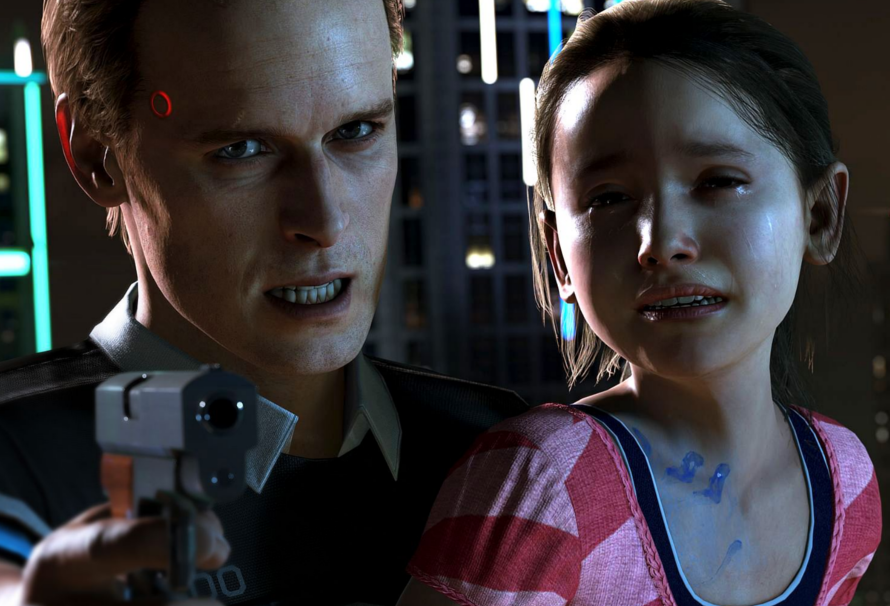 Detroit: Become Human is on the list! This titles to be talked about at the Sony Conference at this year’s E3 and as a Quantic Dream fan, I’m confident in the next game that the developer’s are dishing out at E3 next week.

Heavy Rain has been titled my favourite ever game, because it got everything so right including the heart-breaking characters, the incessant drumming of ominous rain ever present throughout and the imminent, dark reveal that left me guessing till the very end. Beyond Two Souls was the next title to emerge from the studio and whilst this game has a lot of charm and a decent cast of real actors to play in-game characters, the amount of cut scenes were overwhelming and whilst I love this game as a cinematic experience, it lacked the control I was keen for.

Detroit: Become Human’s received and enjoyably long reveal trailer for an announcement, so we can get a feel for the game, a glimpse into the mechanics and the tough decisions faced through the character you play as, an android.

Quantic Dream create playable story games, so we understand that cut scenes are a huge part of the game experience, but the part we enjoy is the descent into a situation where we know the outcome is going to be based on our decisions and reactive gaming skills. The sinister, impending doom is the best bit and I don’t want to watch it, I want to live it, no matter if the result is not pressing X quick enough, or immediately regretting my choice of in-game dialogue. Make me live with those consequences; it’s the only way I’ll learn.

If I say the wrong thing, complete the wrong action; does my character deserve to be killed off? Yes, probably. It’s dramatic, it’s realistic and it’s probably going to make me pay more attention and be that just bit more careful next time. I would like the same unforgiving results, which Heavy Rain delivered. Also, all my characters survived, so har.

AN ENEMY I CAN SYMPATHISE WITH

Ugh, the origami killer in Heavy Rain, I won’t spoil it for you, just in case you haven’t played, but it’s just so sad, I felt for the person. I don’t know if that’s normal, but I like that the enemy has a sad backstory, someone who you feel compassion for, more than wanting to end them. Quantic Dream delivers on that front and it makes the story difficult and moving.

Come on, what you got? I want the kind of decisions that leave me questioning myself… or do I? We can already see the dilemma in Detroit, with the human-like android, including a domestic robot turned bad. It’s all very i-robot, with a bit of Ex-Machina and some West World thrown in. You take on the role of Connor, an android sent in to mediate an out of control situation with an AI that is holding a young girl hostage. A game’s mechanics I enjoyed recently was Until Dawn, because it was so reactive to decisions that I really didn’t know what the outcome would be, it would be great to have that same panicky, fear mechanic in Detroit.

What game are you excited to hear more about at E3? What are you looking for in Detroit: Become Human? Drop us a comment!

Facebook Twitter Google+ LinkedIn Pinterest Tumblr
Previous article What We Want To See From The Next Assassin's Creed At E3
Next article Why Has Resident Evil 7 Moved To First Person?