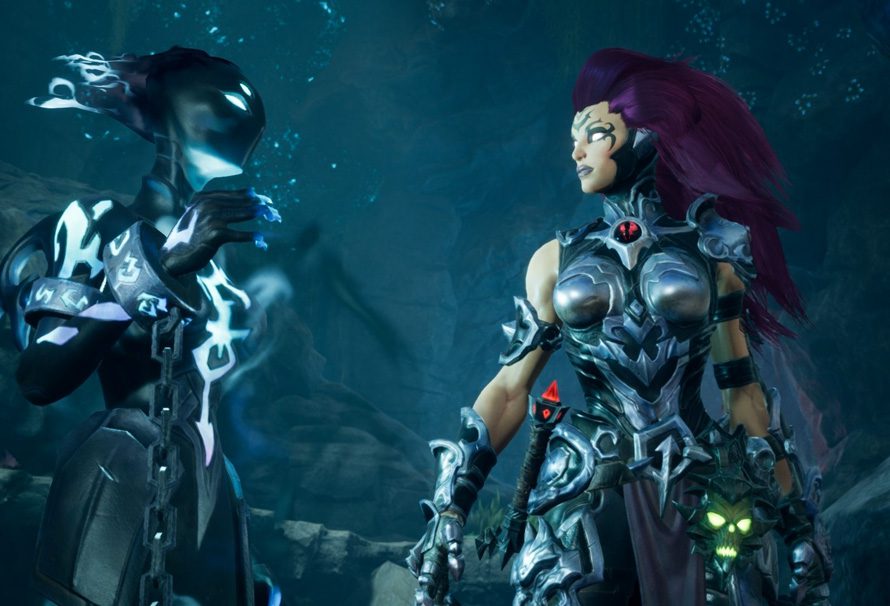 Darksiders III is the highly anticipated third entry to the critically-acclaimed Darksiders series. Developed by American Studio Gunfire Games and published by THQ Nordic, this hack and slash action-adventure video game is due to be released on 27th November for PC, PS4 and Xbox. We can’t wait.

We follow the protagonist Fury through a dilapidated world. Fury, Rider of the Black Horse, sister Horseman of the Apocalypse, and one of the last of the Nephilim, has been ordered by the Charred Council to hunt down and destroy the Seven Deadly Sins. Fury has been described as the most unpredictable and enigmatic of the Four Horsemen. She relies on whips, swords, flails, daggers and magic in combat. Plus, she has the ability to enhance her combat capabilities and access new weapons, moves and traversal abilities by taking on multiple different forms.

Players assume the role of Fury in her quest to balance the forces that now ravage the war-torn planet Earth. The signature open-ended and expansive post-apocalyptic Darksiders art style environment can be explored from a third-person perspective, moving between different environments to uncover secrets while advancing the story. Exploring the heights of heaven to the depths of hell, players will need to defeat the Seven Deadly Sins and their servants, who range from mystical creatures to degenerated beings. During the story, Fury will also encounter the Lord of the Hollows, a powerful entity who will help Fury in her quest to destroy the Seven Deadly Sins.

The game takes place in a continuous open world environment where exploration plays a large part. Throughout this exploration, Fury must solve puzzles and overcome platforming obstacles. These puzzles can include using bombs and Fury’s Flame Form to blow up obstructed pathways and materials in the environment. In order to enhance the interconnected and contextualized nature of this expansive post-apocalyptic setting, gated combat will no longer be a feature.

This third game in the successful Darksiders series brings a number of exciting new elements to the adventure. There will be a combination of enemies returning from previous games, as well as brand new enemies. The developer has said that enemies are stronger and fewer during encounters than in previous instalments, making battles feel more personal. Additionally, the threats of the game’s world will grow stronger as the player progresses through the story, matching Fury’s power every time a Deadly Sin is defeated. Similar to War, yet dissimilar to Death, Fury will be able to collect souls from enemies and from objects in the environment, as a form of currency or an expendable resource throughout the story.