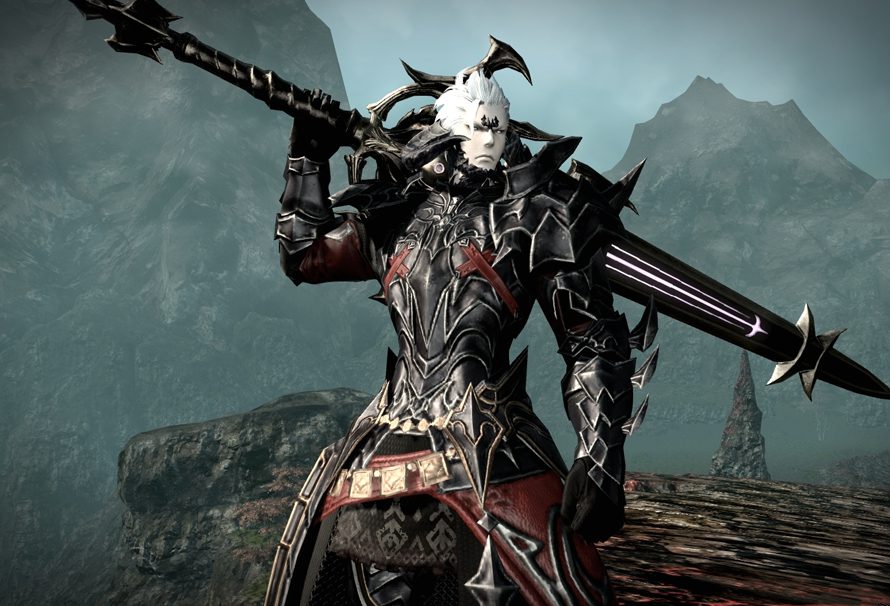 Become the terrifying force which everything fears but nothing can escape. Awakened by the End of Days, Death, the most feared of the legendary Four Horsemen embarks on a quest to redeem his brother’s name. Along the way, the Horseman discovers that an ancient grudge may threaten all of Creation. Death lives!

Agents of MAYHEM is the latest open-world, third-person action game from the creators of the Saints Row franchise!

In Agents of MAYHEM, you run a no-holds barred operation against a shadowy super-villain organization known only as LEGION and their mysterious leader, the Morningstar. Following the global attacks on Devil’s Night, cities of the world are held by the LEGION’s Ministries, bands of powerful villains named for the Seven Deadly Sins. Seoul is the personal domain of LEGION’s mad scientists, the Ministry of Pride – Doctor Babylon and his rogue’s gallery of supporting villains.

You play as a variety of Super Agents – each with their own distinct look, personality, weapons, and skills. Explore the city of Seoul to rout out LEGION operatives and their vile plans to take over the world.

MAYHEM’s Agents have a license to do what the hell they want, so long as they do whatever it takes to grow the agency and ultimately defeat LEGION.’

MX vs. ATV Supercross Encore – PS4 – US ONLY

Rip, jump and scrub your way to victory with over 35 tracks in this vastly extended version!

Final Fantasy XII The Zodiac Age – PS4 – US ONLY

FINAL FANTASY® XII THE ZODIAC AGE improves upon the classic FINAL FANTASY® XII, now more beautiful and easier to play than ever. The high-definition remaster introduces several modern advancements, including reconstructed battle design and a revamped job system. Players both returning and new to the game will experience a grand adventure that spans the world of Ivalice in an entirely fresh and improved way.

Enter an era of war within the world of Ivalice. The small kingdom of Dalmasca, conquered by the Archadian Empire, is left in ruin and uncertainty. Princess Ashe, the one and only heir to the throne, devotes herself to the resistance to liberate her country. Vaan, a young man who lost his family in the war, dreams of flying freely in the skies. In a fight for freedom and fallen royalty, join these unlikely allies and their companions as they embark on a heroic adventure to free their homeland.

Darksiders Warmastered Edition – PS4 – US ONLY

Deceived by the forces of evil into prematurely bringing about the end of the world, War – the first Horseman of the Apocalypse – stands accused of breaking the sacred law by inciting a war between Heaven and Hell. In the slaughter that ensued, the demonic forces defeated the heavenly hosts and laid claim to the Earth.

Brought before the sacred Charred Council, War is indicted for his crimes and stripped of his powers. Dishonored and facing his own death, War is given the opportunity to return to Earth to search for the truth and punish those responsible.

Hunted by a vengeful group of Angels, War must take on the forces of Hell, forge uneasy alliances with the very demons he hunts, and journey across the ravaged remains of the Earth on his quest for vengeance and vindication.

A Matter of Life and Death.

Join the Resistance and continue your adventures in the next expansion to the critically acclaimed FINAL FANTASY XIV Online.

The time has come to embark upon a new adventure to realms near and far─to rise up with the people of Eorzea and the Far East, and cast down the curs of Garlemald!

Team Racing League is the first team-based racing game where you win and lose together as a team. Compete in an online 3v3 race where skill and collaboration are key to victory. Team up, strategize and use tactics to disrupt and beat the opposing team in a MOBA-like clash!

In Team Racing League, there are lots of skill-based mechanics. You can race, crash, boost, drift, block, jump and brake your way to success. Choose to fight for position, play a support role or turn around to troll your opponents. Not everyone on the team needs to race, the others can support the racer by blocking opponents or by connecting your hovercraft with someone from your team. Once connected, you can create speed boosts or extend into a roadblock, making life harder for the opposing team.

Team Racing League was inspired by retro arcade racing games like Super Off Road, Micro Machines and Championship Sprint. Instead of relying on power-ups, Team Racing League is all about teamwork and racing skills. It aims to be a pure racer, without artificial equalizing mechanics. During the game the complete track and all racers are visible in a top-down view. The mid-poly atmosphere is enhanced by an 80’s style synthesizer soundtrack and palpable sound effects.

In Team Racing League, racing skill meets team strategy. Two teams of three players battle each other to the finish line. Only one player needs to finish first for a team to win. Other players can choose to support their racer, fight for position, or screw over opponents using a range of unique abilities. Activate anchor mode to obstruct opponents. Roast blocks or hovercrafts using your afterburner. Boost into enemies or connect your hovercraft to a teammate to extend into a roadblock. You decide which role to fulfil. Team up with friends, strategize and beat the opposing team!

Welcome to the busiest airport in the world. Opening in 1926 as Candler Field on the 287 acre (116 hectare) grounds of an abandoned racetrack. In 1942 Atlanta was first named the busiest airport in the United States. In 1961 Atlanta opened the largest single terminal in the United Sates and saw 9.5 millions passengers (3.5 million more than the designed capacity of the terminal).

In 1998 the airport saw 73.5 million passengers making it the worlds busiest airport in terms of passenger and aircraft traffic.

The airport name was again changed in 2003, to Hartsfield-Jackson International Airport.

Keep Defending is a first-person VR tower defense archery game where you build up your defenses during the enemy onslaught.

Target enemies before they reach your gate and earn gold to set up ever more capable defenses including crossbows, fireball-shooting wizards, brave knights, cannons, and more as you try and deal with the approaching hordes in a variety of different environments and scenarios.

As a native of Earth, you bravely volunteered for the Earth Defense Coalition due to the imminent war with Empress Anna’s remote planet of Drumgore.

During the Cross-Planetary War of 2021, you find yourself separated from your regime,. You are stranded on Drumgore and your main objective is to survive. Use your raw skills to gather resources and progress through this unique open world environment (single player or online).

Sudden Strike 4 sends you off on three extensive campaigns set amongst the battlefields of World War II.

Commanding the Allied, German or Soviet troops, you will lead over 100 different units into battle; like the German bomber Heinkel He111, the Russian T-34 tank, the British Hawker Typhoon fighter plane and the notorious German Panzerkampfwagen VI “Tiger”.

In a first for the Sudden Strike series, you can now choose from one of nine individual commanders, such as George Patton or Bernard Montgomery, who will each allow for different approaches to combat and boast unique abilities.

ICY is a narrative-driven post-apocalyptic survival RPG set in a new Ice Age, where your life and the lives of your followers depend on every decision you make. Create your own character, using a detailed stat system that influences your abilities to hunt, travel, scavenge, communicate and lead, then begin a journey of survival across the White Wasteland.

It is up to you to take on the responsibilities of leadership and guide your newfound nomad family in their fight for survival. Do not take your role lightly, for each decision you make, each word you speak, ripples through the life of your community.

Take heed, for you and your clan are not alone in this frozen world. In addition to the elements and the wildlife you encounter, there will be loners and bands of miscreants to deal with. Decide carefully on whom to trust and how to react or the snow covered landscape will become your icy tomb.