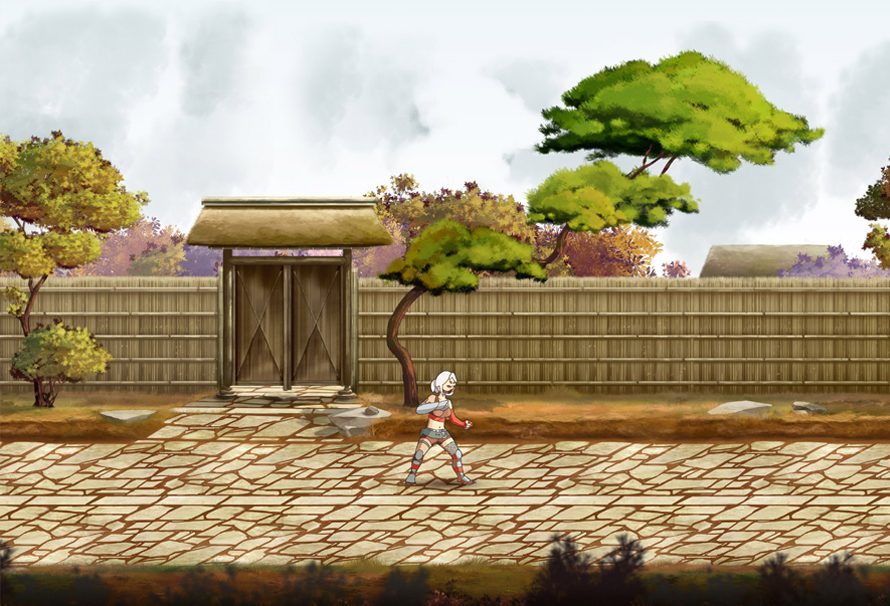 Developed by Kiaran Ritchie, lead animator at Bioware and Jane Whittaker, author of the best selling Alien Vs Predator and five times winner of the Programmer Of The Year Award, Rogue Islands is a fast-paced action shooter set in a procedural fantasy world. You control a nimble druid that can levitate and cast powerful magic spells. The action is fast and smooth, and the enemies are numerous and relentless.

Each island is a unique and complex 3d sculpture brimming with monsters, temples, forests, mountains, caves and bosses. Massive cliffs rise from the depths. Insane, twisted passages wind their way through valleys and under mountains. No two islands are ever the same as the game challenge evolves around your play style, offering a truly unique experience tailored to you!

The islands are infested with a demonic horde. Spinefish lurk in the watery depths, skeletons march across the hillsides, vile shaman screech and fly overhead, vicious Hell-bats spit fireballs that erupt and ignite the canopy. Nowhere is safe, especially after dark when Ghastly apparitions descend from the stars and inexorably hunt you down.

Gather resources as you enhance your spell book with a range of powerful spells that gives you the edge as you strive to survive. Use Spark Shot to mine blocks from the earth, or get up close and unleash a massive electric Zap; instantly reducing small foes to a smoking heap. If things get out of control, summon a Swarm of wasps to take the heat or protect yourself with a sentient Bolt that defends you against sneak attacks.

Can you find your way through the archipelago of islands for the final showdown with the Lords Of Torment?

It started out as just your usual Saturday morning game of golf. But what’s this? The ball went into the hole on the first green and when you went to investigate, you fell into the deepest rabbit hole ever (like, super deep) and ended up in a suit of armor in a dungeon!
The distant sound of dragon-burp wafts up from the depths.
Well, may as well go search for your ball!

Step into the hellhouse once again…

Chapter 2: Curse of Darkness – Sonja’s Son, Gabriel, takes up the mantle of the Demon Slayer..
Chapter 3: Legacy of Fate – Face the Dark Lord as Christopher – Sonja’s grandson and heir to the Shadow Blade!

A Dark Lord plagues the land … and only YOU can stop him. Play as Sonja Dorleac and bring an end to the forces of darkness by wielding the legendary Shadow Blade. Battle the creatures of the night with swords, axes, shurikens and more – and face off against horrific bosses. If you prove your strength, you can unlock alternate endings for the first two games in the series. A boss rush mode for the original game can also be unlocked if you get the “good” ending in first game!

Samurai Riot is a 2D cooperative Beat’em up Arcade game with a twist! Playing as Sukane or Tsurumaru, two charismatic warriors torn between their duty and beliefs, follow your own way of honor through multiple scenarios and story endings!

A Unique Cooperative System
• The co-op system evaluate the quality of your cooperation and rewards great teamwork.
• Coordinate your attacks with your partner and fill up the central co-op gauge to unleash one of the deadliest attack of Samurai Riot: the Co-op Special Move!

8 different endings
• Deep moral choices: would you rather burn an entire village to the ground or stay clean but lose the war? Any decision you make will greatly impact your story.
• Choose to follow the same path as a team or choose to disagree and battle it out during a PvP fight!

Strong replay value
• Multi-branching scenario: be ready to play many new games to get all the whole story of Samurai Riot!
• Fighting schools: the more you play, the more you accumulate points to unlock new fighting schools, each character will get exclusives gameplay variations and abilities.

Fight with style
• Characters: discover two strong and highly skilled heroes offering unique gameplay and stunning attacks, plus a bunch of vicious enemies to fight against.
• Controls: to remain true to arcade games history, we created very intuitive controls, enjoyable with any Controller or Arcade stick. We want the gameplay to be completely flexible, so it feels exactly like what you want it to be!

Speed-runners: On Your Marks, Set, Go!
Find all the tools you need for a perfect speed-run (time ranking, score ranking…)!