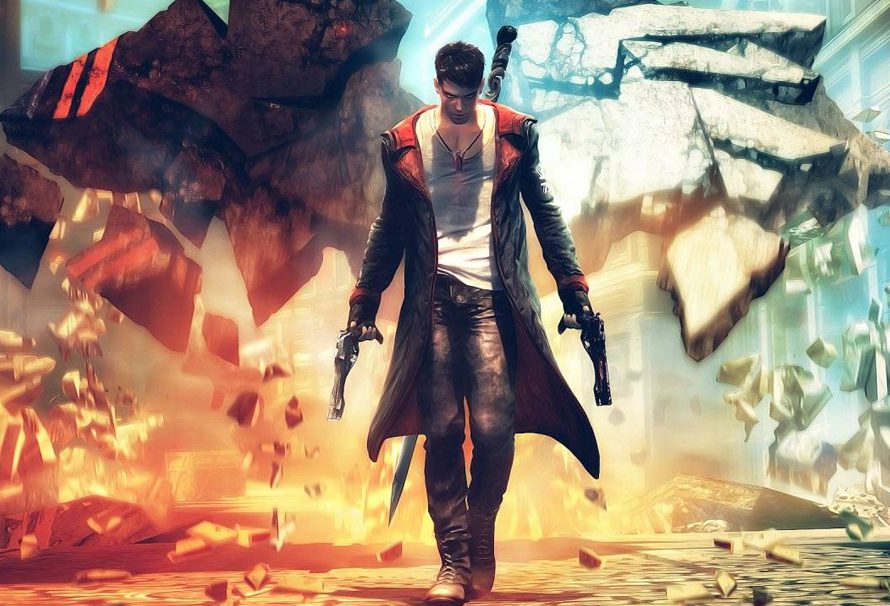 DmC Devil May Cry: Definitive Edition – PS4 – US ONLY

The definitive edition of this critically-acclaimed action game arrives with enhanced 1080p graphics at 60fps, new features and all the original DLC included.

Chain together stylish combos with up to eight unique weapons.

Traverse the demonic world of Limbo as you join Dante and Vergil in the legendary rebirth of the Devil May Cry franchise.

The town of Flamingo’s Creek is a place that appears every 25 years in Albatross Road, a neighborhood that only appears in nightmares.

Follow the FBI agent Watracio Walpurgis in his adventures trying to scape from this eerie and gooey village. Meet stranges and paranoids inhabitants, brake up your brain to solve puzzles in the most hilarius and surrealistic situations, defeat the Wendigo, get mad with cosmic laser chickens, scape from monsters that went out by the night to search ufos to eat, discover thousands of secrets…

Discover Baobab’s Mausoleum, a retro point and click adventure in J-RPG format that you will never forget.
Did I say Watracio is a vampire eggplant?

Enjoy three of the most memorable and defining survival horror titles in all of gaming with Resident Evil 4, Resident Evil 5 and Resident Evil 6, coming to the PS4 in one amazing value pack.

Play through three intense campaigns as numerous fan favorite characters, fighting against some of the most horrifying enemies and creatures the series has to offer. Complete with all DLC modes, costumes and expansions, never before has there been a more complete Resident Evil experience.

WELCOME TO WAR-TORN EUROPE
Day of Infamy takes you to the battleground of Southern and Western Europe during World War II. There are 10 maps, ranging from war-torn cities to farm villages, and fortified beachheads to snow-covered forests. Whether you are fighting for the U.S. Army, Commonwealth Forces or the German Wehrmacht, there is a vast arsenal of over 70 historical weapons and attachments.

FIND YOUR SPECIALTY
Day of Infamy features 9 player classes and 10 objective-based game modes, providing a variety of experiences depending on what you’re looking for. Objectives include capture points, officers to assassinate, enemy intelligence to carry, and destructible targets such as anti-aircraft batteries, fuel dumps and radio communication centers. Multiplayer features larger scale battles with many reinforcement waves as well as smaller scale engagements with special reinforcement mechanics. With Cooperative, there are three distinct game modes and multiple enemy difficulties to keep things challenging.

TAKE COMMAND
Selecting the Officer class in the game puts you at the top of your team’s chain of command. Pairing with a Radioman in the field will enable you to request supply drops, smoke screens, artillery barrages, as well as aircraft strafing and bombing runs. You may also issue various tactical commands to your team such as flanking or charging an objective. Communicating effectively as an Officer will allow you and your brothers-in-arms to turn the tide of battle with an effective plan or timely radio transmission.

OUTSMART THE ENEMY
Day of Infamy is a highly strategic experience that rewards intelligent maneuvering and coordination with your team. Pay close attention to your surroundings, as blindly running into an open area is the easiest way to get killed. Lean around corners, lay prone to steady your aim, and walk slowly to conceal the sound of your footsteps – these are effective strategies to stay alive. A team that sticks together, advances cautiously, and uses proximity VOIP is more likely to overcome a scattered and disorganized opponent.

ASCEND THROUGH THE RANKS
As you play the game, you will progress through the ranks. In the full release, you will unlock historic units as you rank up, which you can then play as ingame. Ranking up does not provide players with any gameplay advantages or incentives, so gameplay balance will always remain purely skill-based.

CUSTOMIZE YOUR EXPERIENCE
The game comes with mod support and Workshop integration, providing players with a vast array of community created content. Built on Valve’s Source Engine, the SDK is one of the most familiar out there. Modders can replace models, textures, sounds and user interfaces in the game, as well as add new maps or total conversions using the game’s theater scripting system. There are already over 480 mods which have been created during the game’s early access phase.

Dark Mystery is a Puzzled Platformer Game in which player faces different types of difficulties to find his true love. This Game is based on true love between Furry (Player) and her Queen which has been lost into the Dark World.This Game is fun making, full of challenging, brainstorming with 35 exciting levels.

Get Ready for Adventurous Journey ahead…..