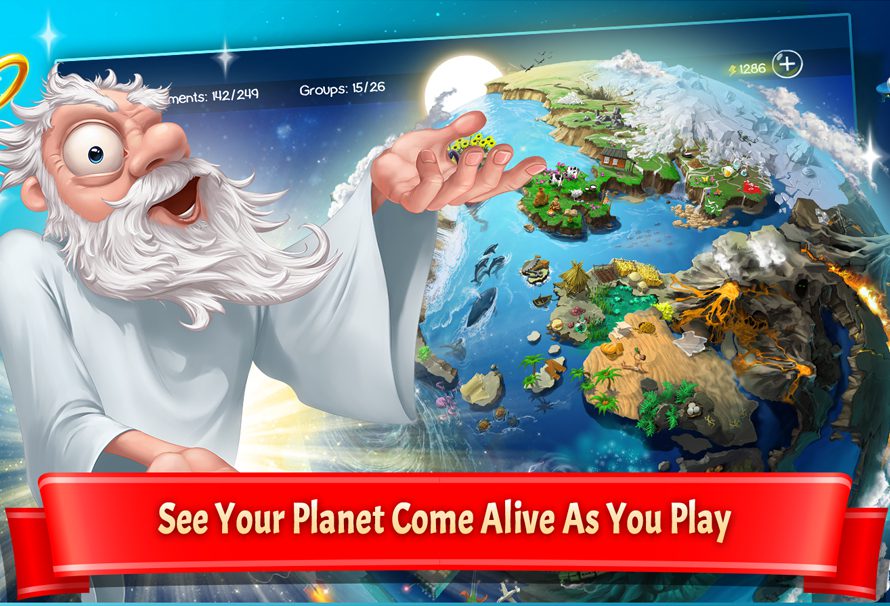 Mother Nature is no match for the courageous men and women of the Rescue Team in this exciting time management adventure! Use your planning skills to figure out the quickest way to remove obstacles, gather resources, and complete the tasks ahead of you. Rebuild houses and bridges, save people from natural disasters, and stop oil leaks and chemical dumps from ruining land and water. Planes, trains, and other awesome vehicles will be at your disposal to assist in the operations. Best of all: you can work quickly to earn stars or relax and play at your own pace! Either way, there are plenty of achievements to earn. So join the Rescue Team today, and become the hero the world needs!

UNLEASH YOUR INNER GOD AND CREATE A UNIVERSE!

In this addictive, ALL ages, puzzle game mix and match different combinations of fire, earth, wind and air to create an entire universe! As you create each element watch your world come alive as each element animates on your planet. The new “Planet” mode offers a new challenging way to create a universe of your dreams.

If You Love Doodle God…Embrace Your Dark Side with Doodle Devil!

While Doodle God was busy creating the universe, Doodle Devil was also having some fun.

The same addictive, puzzle game play that made Doodle God a hit is back but with an evil twist. Discover the seven deadly sins and watch as the world crumbles at your fingertips as you create thousands of dastardly deeds.

Combine fire, earth, wind & air to create demons, beasts, zombies… and much more. Being bad has never been so much fun!

From the creators of the award winning puzzle games Doodle God & Doodle Devil, comes a new fantasy brain-teaser where you can create your own Kingdom with Castles, Knights, Warlocks and Dragons! Great for gamers of ALL ages.

Daring adventure awaits you in this fantasy world where you can breed and raise four different types of Dragons, return the family castle to prosperity or defile flowering lands as a Necromancer.

WATCH YOUR CRIME CITY COME ALIVE AS YOU PLAY!
Doodle Mafia is the biggest “Doodle” game ever!

Over 500 puzzles to solve and items to create as you play the role of Crime Boss or Cop. You decide how you want to play as you play through multiple hard-nosed storylines & play modes.

As you build your Gang and make your fortune you must evade the Cops as well as fight off rival games in order to become the “Big Boss” of the City. In the “City” mode watch your Crime City come alive as you successfully pull off heists, escape the Cops or beat-off rival gangs. But you gotta watch your back because behind every corner there is a good Cop trying to make a name for himself or a rival Gangster trying to take your turf!
In the “Campaign” mode, nab the bad guys or pull off heists to build your fortune. Can you successfully rob the bank and escape the Cops? Are you tough enough to defeat the rival boss and be the Crime Big Boss of the City? We shall see how good you are…”

One night, a great rumbling sound awoke Spelunkette with a fright. A comet had hit the earth and strange things had been happening ever since. The Faerie Chief said that they were caused from something deep underground. What lies in its depths? Spelunkette hurried off to Base Camp, excited for an adventure!

Explore and solve mysteries in the depths of the caves! A variety of traps, creatures and even wicked ghosts will stand in your way! Jump over dangerous pitfalls! Use bombs to blow up boulders that block the way! Use flares to scare away the bats! Blow away spooky ghosts with your portable fan! There are many ways to use your items.

You can obtain new costumes and items by collecting the Litho-orbs hidden in the caves! These items will improve your abilities and change your look as well!

Twickles is an original puzzle game with a minimalist aesthetic.
Navigate a ball through increasingly complex labyrinths by rotating their individual parts or the entire structure.
Think ahead to complete each level in the perfect amount of moves and collect all of the trophies.

• 5 parts, each introducing a new element to the game

• 1 original music track (and the ability to turn it off)

• Clean visuals and a soothing atmosphere

• Tough-as-nails puzzles and fits of rage