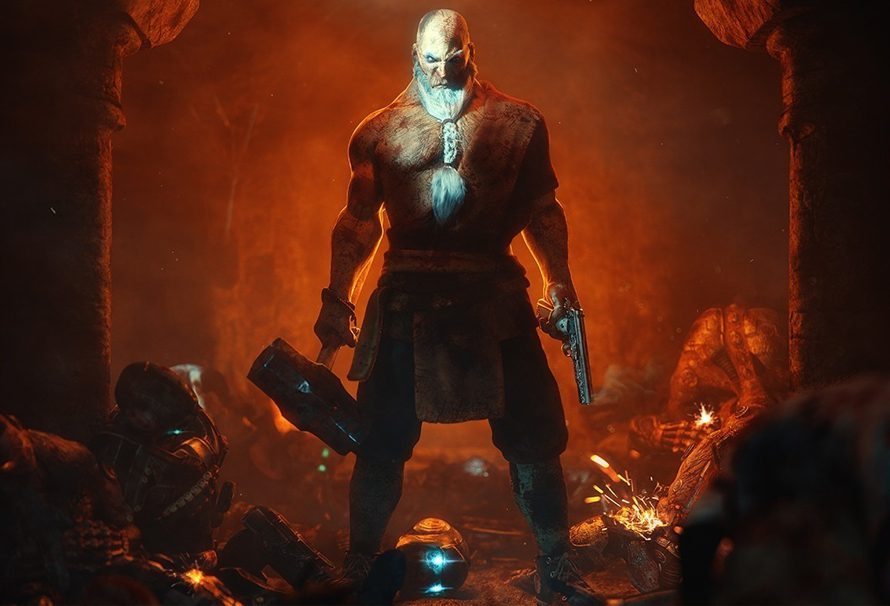 REDEEMER is an intense Brawler where you will punch, hack and blast your way through enemies using fists, hammers, fire arms and even the environment. It grabs the genre by the throat and drags it into 2017 in brutal style by adding a deep melee combat system and numerous unique types of kills. Redeemer is the brawler for those who love brawlers and have been waiting for a modern take on the genre!

Play as Vasily, an elite operative who once worked for one of the biggest Cybernetic Weapons Manufacturers in the world. Officially working in security, you were tasked with infiltration, assassination, extortion and even torture. When eventually the corporation decided to turn you into one of its cyborg soldiers, you manage to narrowly escape to a secluded monastery deep in the snowy mountains.

For 20 years you tried to find peace and harmony amongst your fellow monks, but you are still too haunted by your murderous past to find either. Now after all of these years the corporation is finally closing-in on your location, and in so doing they have given you one last shot at redemption.

Miner Meltdown is a 2D team-based online competitive multiplayer game. Players must scour the map for minerals, upgrade their gear, and attempt to blow up the opposing team all the while avoiding monsters, traps, and environmental pitfalls along the way. Maps are randomly generated and 100% destructible, so every match is a fully unique, fast-paced, and chaotic affair.

Teams that collect more gold will generally have an edge in battle.

Teams collect points by killing enemy players, or neutral monsters. The team with the most points at the end of the round is victorious.

Gameplay is fast-paced, so hold onto your butts.