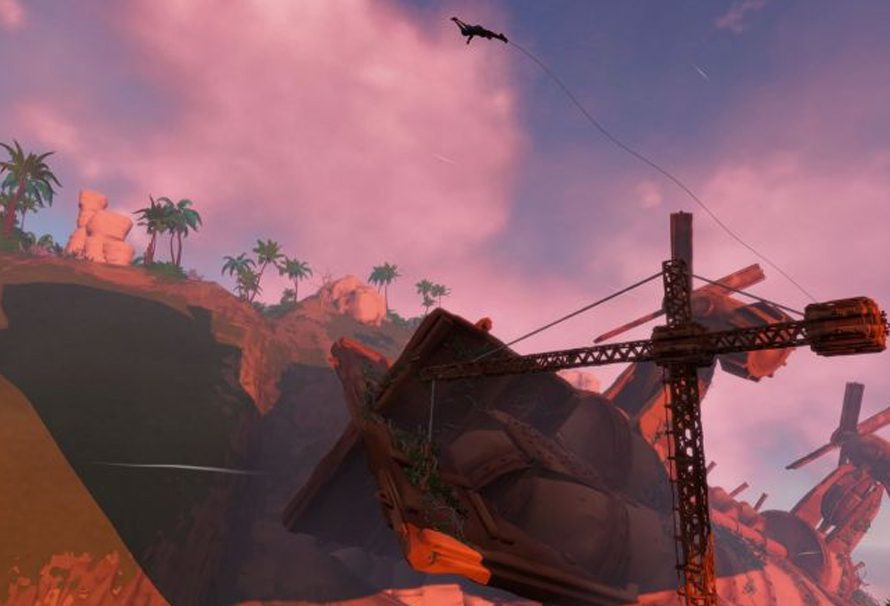 Super Lumi Live is a deceptively simple yet challenging neon platformer with refined controls, a wealth of hidden depth and diverse challenges.

Navigate through 60 unique levels to reach The Core and escape The Producer’s insanity!

In HYPERNOVA, an alien planetary system is in danger as its huge star Naidira is becoming increasingly unstable. Realizing that it is only a matter of time before an apocalyptic hypernova explosion destroys their entire planet Hadea, the Scynthians devise a plan to escape their planet and rebuild their civilization elsewhere in the galaxy. Their salvation lies in an interstellar teleportation device. Unfortunately, the raw materials required to build and power up such a device have long been depleted on Hadea due to centuries of overpopulation.

The only place where they can gather more of these elements is on Hadea’s moon, Haya, an inhospitable world with a toxic corrosive atmosphere and inhabited by violent creatures. In a desperate, last-ditch effort to save their race, the Scynthians send an expedition to Haya to find a way to power the escape technology and save their culture from extinction.

Engage in a role of a Scynthian leader and make the first step towards saving the Scynthians from certain oblivion.

At last, the Dungeon Lord has successfully united the forces of evil and established his dark empire. Time for the next step in his most diabolical quest: expansion!

Through enticing the dark elf priestess Thalya from the fluffy clutches of the surface world to become his chief liutenant, the Dungeon Lord has found a way to direct his campaign of conquest from the confines of his underground lair. With Thalya on the front line, and the united forces of evil to support her, players will have to use every trick in the book to best those do-gooders of the overworld, once and for all!

Unleash your dark side by creating a unique underground dungeon from a huge array of rooms, traps and structures. Raise the most terrifying army the world has ever seen, by choosing from despicable creatures such as orcs, succubae, zombies and much, much more. Then, once you have built your forces, emerge from the darkness and guide your army to the light of the overworld, where you will corrupt the land and dispatch anything even vaguely heroic, cute or unicorn-shaped. And in a first for the Dungeons series, experience randomly generated levels, so that no two sessions are alike – never-ending fun for any evil conqueror!

The End of the world is coming. Time to dance then, no?
Letís celebrate with our first label-specific challenge pack!
Courtesy of The End Records, three great tunes to burn into yoí brain.

Try not to miss a beat to Jutty Ranxís ìKeep It Movingî.
Your streak is the only thing keeping the powerful enemies at bay!
Then, snag a chainmail tutu to keep that streak-based power at your side!

Jam out to Findlayís ìElectric Bonesî to wage a battle against your very own Pierce, that roguish rogue.
Earn an item right up his ally which forces crystals to drop from every kill.
Great for unlocking DJ Room songs faster, but alsoÖ hmmmÖ passives.

Finally, Jutty Ranxís ìConcentrateî piles on the debuffs with abandon.
They just wonít come off!
Why would you want that power as an upgrade?! There must be Some good use..?

All three songs are playable in Story, Freeplay, and Arena modes!
Go!

Long ago, cataclysmic events shattered the world into floating islands scattered across an endless skyline. Civilizations tumbled, societies collapsed, and all seemed lost. You are the inheritors of this world, nomads of the skies in a new age of discovery.

Emergent Stories
Worlds Adrift is an MMO Sandbox where thousands of players explore a physical and persistent world with the freedom to set their own objectives. This creates an unpredictable environment, rich with the potential for emergent gameplay. Every encounter with creatures, players or new islands will bring with them new threats, experiences and conflicts.

Work Together or Alone
Wander the skies as a nomad or form crews to aid one another in exploration and ship building. Pool resources to travel more safely and build greater skyships, or risk your life stowing away on an enemy ship. The choice is yours.

Skills-Based Gameplay
There are no ‘levels’ or ‘levelling up’ in Worlds Adrift. Everything you do – from exploring forgotten ruins to defending your ship from other players and creatures, depends on the creativity and skills that you learn as you play.

Freeform Co-op & PVP
As an open sandbox game, you must choose your allies carefully and be cautious when your crew encounters others who seek the same treasures. However, cooperating reaps rewards – craft and share items, show solidarity in team colors, and collaborate to build the most ambitious of skyships.

Player Agility & Freedom
With your trusty grappling hook, learn to scale the tallest towers and swing in between flying skyships with elegance. The freeform climbing system lets you climb on any surface and explore hard to reach areas – if you see it, you can reach it.

From an agile skyship to a multi-story battle frigate, capable of withstanding the most brutal storms and attacks – explore the world to find and learn what you need to build your ultimate skyship.

Customize Your Ship
Build engines, wings, cannons, sails and even decorative parts for your ship. Your skyship design will have direct consequences on its performance and handling. Will yours survive a storm wall?Adapt & Specialise Your DesignPlayers will need to explore and scan the world to unlock ‘Knowledge’. This can be used to unlock schematics for advanced equipment, enabling specialisation and the building of more versatile skyships.

Craft Equipment to Aid Survival
The world is full of dangers, and each biome presents new challenges. Craft player equipment to help you survive the elements, reach new destinations, and even manipulate the world around you.

A Hand-Crafted Experience
The first game whose map is created by the community – each island in Worlds Adrift is hand crafted, resulting in a rich, varied game world. The world will continuously evolves as more islands are added – submit your own design and rate your favourite islands with the free Island Creator tool.

Skies Teeming With Life
While shattered, the world is full of wildlife that is influenced by and reacts to players. Creatures feed, migrate and breed, they are predators and prey in a fully simulated, living ecosystem. Some will go about their business until provoked, others will threaten your journey and the lives of your crew.

A Physical, Reactive World
As you explore and experiment, you will discover how responsive the world is. Pillage all vegetation on an island and creatures will travel elsewhere to graze. Tether a trunk to your ship to create a makeshift battering ram. We challenge you to surprise us with your creativity!

Persistence – Leave Your Mark
Worlds Adrift features persistency and consequence. You’ll leave behind hints of your story that other players will discover, just like you will discover the shipwrecks of other players, scavenging their rusted, rotted debris, and piece together the history of their adventures.

Cutting Edge Technology
Worlds Adrift is the first game to use Improbable’s SpatialOS technology, which enables the simulation of real-world physics on a scale never achieved before, for thousands of players in real-time.

We are very proud of and grateful to the growing Worlds Adrift community – it is highly active and has helped us shape the world of the game by creating islands of incredible craftsmanship and beauty. Download the free Island Creator today to submit your own designs to be included in the final game for everyone to discover.

We have big plans for Worlds Adrift and want to deliver the best game we possibly can with your help.

Follow the game on our social channels and be the first to be notified of updates and when the game is heading from Closed Alpha into Closed Beta and Early Access.