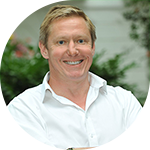 Paul is the Founder and CEO of Green Man Gaming, an award winning, data-driven, e-commerce technology company in the video games industry. Dynamic, determined, and with an already distinguished entrepreneurial career, Paul is a passionate advocate of the truly immersive, engaging power of video games as an unrivalled form of entertainment, and he strives to challenge and revolutionise the consumer offer in a digital games retail space.

Prior to Green Man Gaming, Paul founded Prizefight, a hybrid of a video games and betting. Paul’s first venture as an entrepreneur in 2002 built customised algorithmic trading engines for the cash equity markets. Before life as an entrepreneur Paul was a management consultant, a banker and an Officer in HM Forces. 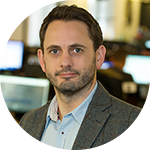 A qualified Chartered Accountant, Callum first broke into the world of gaming in 2003 when he moved from Morgan Stanley Capital International to become a senior member of the finance team at SCi Entertainment Plc, a games publisher which expanded by acquiring the UK’s largest game publisher Eidos Plc two years later and worked with such IP as Tomb Raider, Hitman, Just Cause, and Deus Ex franchises.

After nearly 6 years with SCi, Callum then moved to his first tech start-up, Miniweb, where, as Finance Director for the Cloud-based, Connected TV format, he successfully raised funding for the business and took it through to exit. He then joined Green Man Gaming in January 2012 where he has been responsible for navigating the business through early stage investment to much larger rounds and multi-million pound credit facilities, based on its fast growth performance. Today, Callum is Chief Financial Officer and is also responsible for playing a crucial role in the commercial direction and strategy of the Company. 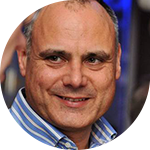 Ben Tompkins is a Partner at Eden Ventures which he joined in 2006. He joined the Eden team after 18 years of corporate finance experience in Europe and the US, most recently as Managing Director at Broadview International (now Jefferies) where he was responsible for building the global digital media practice. Ben worked with a number of high profile technology and digital media companies on M&A and fund raising including Kelkoo, Iris Software, Blizzard Software (World of Warfare), Loot, Vivendi, DMGT, Promthean, E*trade, uDate, and Seloger.

Ben focuses on opportunities in the internet, eCommerce, SaaS and games markets. He currently sits on the boards of Borro, huddle, Reevoo and What's In My Handbag in addition to Green Man Gaming.

Ben is a Barrister of Corporate and Commercial Law as well as a Member of Lincoln's Inn. 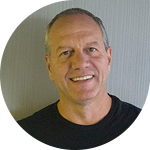 Spiros Giamas is the President and CEO of CD Media which was founded in 1993. He has over 20 years of experience within the gaming industry and his company represents the cream of video game publishers for the wider Balkan region. He has long term relationships with Electronic Arts, Ubisoft, Take 2 Interactive, Square Enix, Disney, Microsoft, Techmo Koei and Capcom within the Balkan region. Spiros joined the Board in 2011 and advises Green Man Gaming as we continue to grow rapidly. 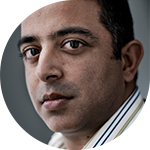 Faisal is Chief Strategy and Investments Officer of Gocompare, which recently announced plans to go public as a standalone entrepreneurial digital technology business after de-merging from FTSE 250-listed Esure. He has also successfully led and grown some of the world’s most successful global technology brands including Spotify, Skype and Kayak and has been one of Europe’s leading early stage investors as Venture Partner at Octopus Ventures.