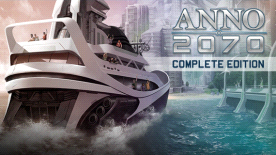 Internet connection is required to activate the game during initial installation and to access multiplayer.