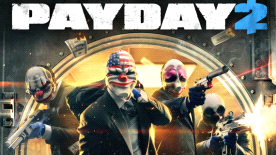 PAYDAY 2 is a trademark of Starbreeze AB. All other trademarks are properties of their respective owners. Developed by OVERKILL - a Starbreeze Studio and published by 505 Games. All rights reserved.