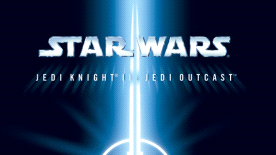 LucasArts, the LucasArts logo, STAR WARS and related properties are trademarks in the United States and/or in other countries of Lucasfilm Ltd. and/or its affiliates. © 2002-2012 Lucasfilm Entertainment Company Ltd. or Lucasfilm Ltd. All rights reserved. The ratings icon is a registered trademark of the Entertainment Software Association. Aspyr is a registered trademark of Aspyr Media, Inc., and the Aspyr star logo is a trademark of Aspyr Media. Powered by GameSpy, design are trademarks of GameSpy Industries, Inc. All rights reserved. Mac and the Mac logo are trademarks of Apple Computer, Inc., registered in the U.S. and other countries. All other trademarks and trade names are the properties of their respective owners.