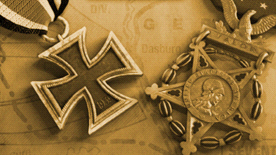 Hearts of Iron is a trademark of Paradox Interactive AB. All rights reserved.