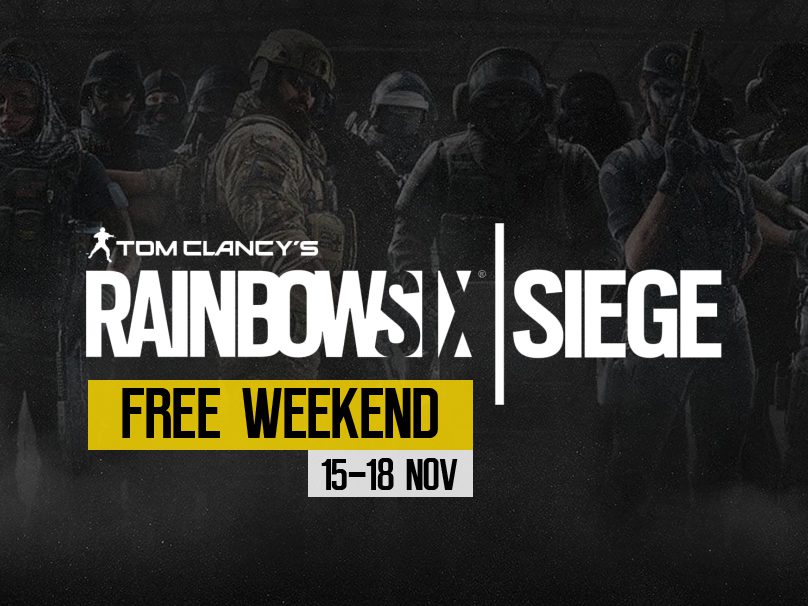 Rainbow Six Siege is free to play from today until the 18th of November! That means you have the chance to enjoy four days of unlimited environmental destruction and great strategic depth as you perfect your skills in counter-terrorism, at absolutely zero cost.

If the prospect of four free days as an elite counter-terrorism agent is not already enough to encourage you to play, here’s five reasons why you should spend the weekend exploring all the maps, modes and operators that Rainbow Six Siege has to offer…

Since its launch in December 2015, Rainbow Six Siege has received loads of updates including the addition of new modes, maps and operators. Over the past three years, new maps have been added in locations such as Canada, Japan, Brazil, Spain and Hong Kong, to name but a few.  With each update, new Operators have been introduced bringing unique skills and weaponry. You don’t want to miss the chance to try out the changes that have refined and tuned the game over the last few years.

2. You can impersonate top counter-terrorist operatives around the world

In this tense tactical shooter game, you have the chance to perform a range of exciting tasks from hostage rescue and bomb disposal, to terrorist hunting and area securing. The base Counter-Terrorism Units available for play are the American Hostage Rescue Team, the British SAS, the German GSG-9, the Russian Spetsnaz and the French GIGN. Authentic siege situations have been based upon experiences with actual counter-terrorism units and real-life siege examples, making your teamwork and cooperation in defeating the enemy team as real and exciting as possible.

3. You can play with your friends

One of Rainbow Six Siege’s main attractions is the range of missions you can complete with or against your friends in multiplayer campaigns. Each player can assume control of an attacker or a defender in the matches at different map locations. Plus, if you don’t want to face embarrassing your friends with a huge defeat, you can sit back and enjoy watching them from different angles in Spectator mode!

4. …and destroy your surrounding environments in a whole host of different ways

Rainbow Six Siege places a huge emphasis not just on cooperation between players, but also the environmental destruction that takes place during matches. Attackers can plant explosives to break down structures and shoot walls to make bullet holes. At the same time, defenders can set up heavy-duty fortifications, place barbed-wire and explosive traps around maps and ambush enemies by rappelling through windows. What more could you want?!

Probably the most obvious reason to get involved this weekend. We all know everyone loves free stuff so why should this be any different? Rainbow Six Siege is free for you to play until the 18th of November. You can access all the modes, maps and operators that launched with the game at zero cost. Then, if you decide you love the game, you can get it for a great deal on our site.

Get access to play the game for free this weekend on Green Man Gaming right here.