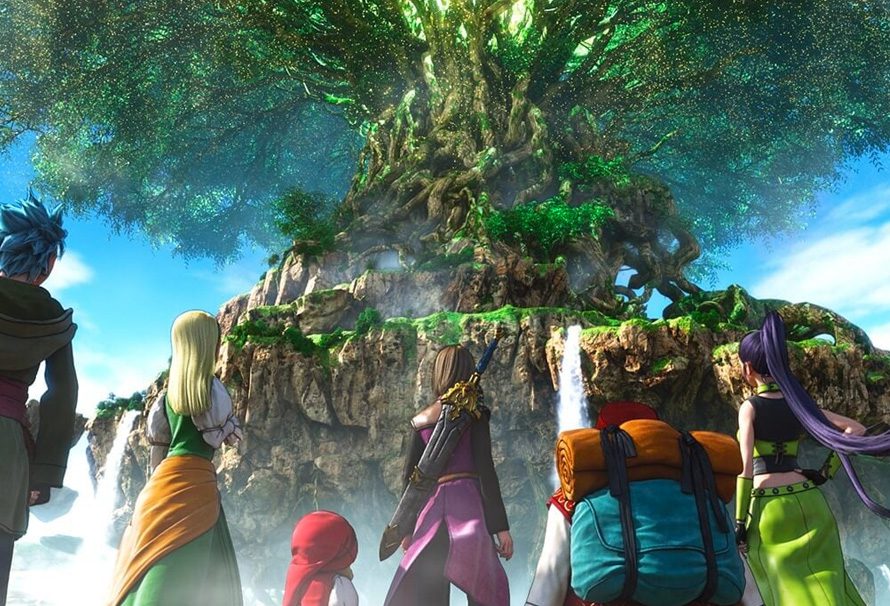 A lot of series become stale reminders of the past after decades of sequels, but that isn’t the case with Dragon Quest XI: Echoes of an Elusive Age. Square Enix has managed to create a role-playing game that doesn’t just do the iconic series justice, but one that gives it new life in a modern age. It’s the strongest outing that Dragon Quest fans have seen in over a decade, and will surely have fans reexamining their list of favorite RPGs.

While Echoes of an Elusive Age is the 11th entry in the iconic series, the gameplay is far from stale. It doesn’t just retain the turn-based battles of past entries, but looks to refine the system. Square Enix has done a commendable job at making sure the basic battle mechanics are simple enough for newcomers to learn, while also giving veteran players the nuance they’ve come to expect. It all comes together to create one of the most satisfying battle systems in the series.

Dash ‘til You Crash

There’s a vast world to explore in Dragon Quest XI, and luckily Square Enix has made getting around the world easier by adding a new dash mechanic to the English release. This helps cut down on any backtracking and the frustration that comes from a character’s slow movement speed. These type of smart changes help ensure that every hour spent in Erdrea is enjoyable.

Customizable Difficulty Gives You the Experience You Want

Some players love the grind of classic role-playing games while others cherish every hour of free time that they have available to them. Thankfully, Dragon Quest XI caters to both audiences by featuring a customizable level of difficulty that can be tweaked in order to give players the experience they want. From the onset, players can select additional challenges (such as stronger monsters appearing) in order to up the challenge level. If it ever gets overwhelming, they can then turn it off. It’s a great way to make sure everyone can enjoy the work that Square Enix has put into Echoes of an Elusive Age.

The World Is Incredibly Lively

Dragon Quest XI is the most immersive game yet in the series, and this can be attributed to how alive the world feels. Enemies aren’t just dropped into areas, but rather serve as part of a greater ecosystem. Never before have the villages and environments been so detailed, and players can even use a first-person camera in order to get the closest possible look at the surroundings. The gameplay of Dragon Quest XI may be the star, but the whole package comes together to make something special.

It Uses Nostalgia To Its Advantage, But Not As A Crutch

Expectations are always quite high when it comes to Dragon Quest, as the series has largely defined the RPG genre, and that has often been a double-edged sword. However, Echoes of an Elusive Age manages to use its past to its advantage by referencing its storied history while not constantly trying to remind players of the grand adventures of yesteryear. Veteran gamers will be happy to see the return of Erdrick’s sword and plenty of iconic enemies, but newcomers won’t miss a beat as it ultimately tells a standalone story that can be enjoyed by anyone. It’s correct to signify XI as a celebration of the past, but also a new start for Dragon Quest going forward.

Tyler is an experienced freelance writer that has written for PCGamesN, Game Revolution, Kill Screen, and other outlets in the past. He can be found enjoying mixed martial arts and music festivals when he isn't ranting about how Elite Beat Agents is the best rhythm game ever made to anyone that will listen.